For the first time since its early February release on Hulu, Britney Spears has responded to the dramatic New York Times documentary Framing Britney Spears. Sharing an Instagram video of herself dancing, she wrote of her reaction to the documentary and her personal struggles under the media microscope in the caption.

“I have been exposed my whole life performing in front of people!!” she said. “It takes a lot of strength to TRUST the universe with your real vulnerability cause I’ve always been so judged…insulted…and embarrassed by the media…and I still am till this day.” While Spears did not watch the full documentary, she felt deeply affected by her portrayal in the segments she viewed. “From what I did see of it I was embarrassed by the light they put me in…I cried for two weeks and well…I still cry sometimes!!!”

Spears also emphasized her shared human experience with fans or viewers of the documentary. “Each person has their story and their take on other people’s stories !!!! We all have so many different bright beautiful lives!!!” she said. “Remember, no matter what we think we know about a person’s life it is nothing compared to the actual person living behind the lens!!!!”

Framing Britney Spears re-evaluated the media hunt of 1990s and early 2000s female celebrities such as Spears, exposing the high cost associated with achieving such heightened success. For Spears, the cost culminated into the Free Britney (#FreeBritney) movement, an effort to rescue the singer from her father’s legal and financial stronghold as permanent conservator. Last month, Spears won a major battle, obtaining the right to put a wealth-management firm in charge of her finances as co-conservator. And most recently, she requested that care manager Jodi Montgomery replace her father Jamie Spears as permanent conservator.

Through lawyers, her father recently defended his role in her life in early March, stating “she has always had this right” but has never exercised it. A major focus of the Framing documentary is exposing how difficult and messy the legal challenges to ending a conservatorship can be.

While the movement is far from over, Britney appears to be taking the battle in stride, dancing nightly to retain sanity. “I do what I can in my own spirituality with myself to try and keep my own joy…love…and happiness!!!!” she said. “Every day dancing brings me joy !!! I’m not here to be perfect…perfect is boring…I’m here to pass on kindness!!!” 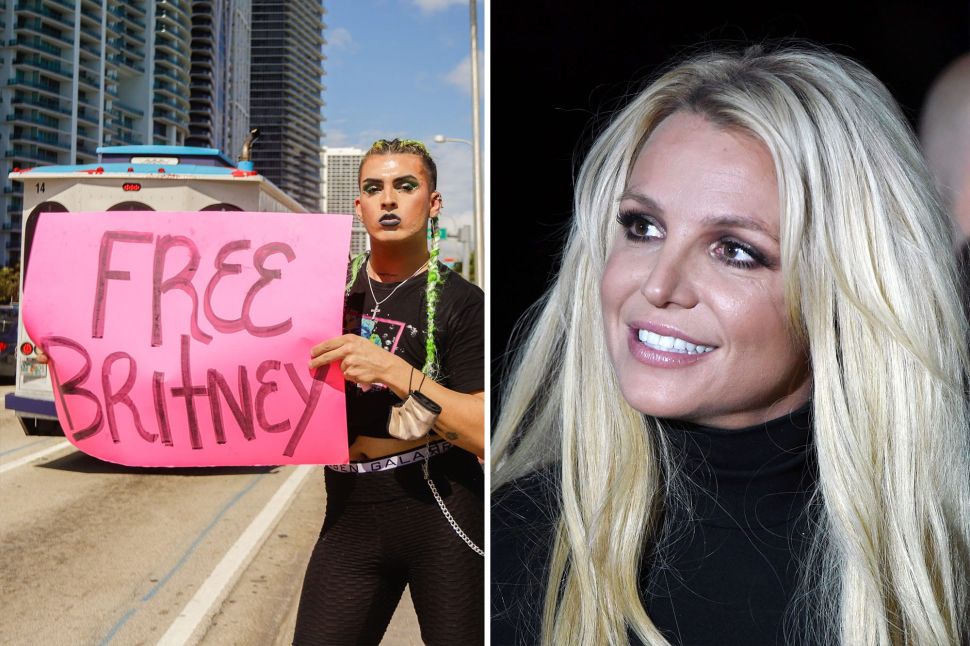