A modest entertainment made on an immodest scale, Chaos Walking is a forest-bound, whole family sci-fi whose pleasures and limitations are perfectly summarized by its title. Yes, it’s a bit helter-skelter, but it is also an adequately enjoyable and untaxing way to kill off a couple of hours.

You certainly couldn’t expect more amenable hiking partners than stars Tom Holland and Daisy Ridley, both of whom are doing variations on their celebrated characters from more established intellectual properties. (Though her character was born on a spaceship and his on a freshly settled planet, she is allowed to keep her native British accent while he has been forced to ditch his in favor of the American one he also slings about as Peter Parker.)

The men call this affliction “the Noise” but the way that it is actualized by the film’s copious CGI, their musings tend to waft behind them like pungent B.O. Other times their unquiet minds crackle blue and red like the plasma lights they sold next to the electric nose hair trimmers at Spencer Gifts in the mall. If he is particularly skilled, a character can use his thoughts to create lifelike holograms that can fool your enemies—or perhaps one day headline Coachella.

Raised by two dads (The Nun’s Demián Bichir and Sons of Anarchy creator Kurt Sutter), Todd lives in a settlement that is devoid of women due to devastating events that occurred while he was in his infancy. So when he happens upon Ridley’s Viola, a space traveler who has crash-landed in the nearby woods and needs to contact a rescue ship, his mind is a hormonal jumble of excitement and confusion.

Director Doug Liman’s film gets a lot of comic mileage out of the fumbling way that Holland negotiates his thoughts constantly betraying him, as well as Ridley’s steely rebuffs as his internal desires are externalized. After Holland’s less than convincing turn as a bank-robbing drug addict in the recently released bomb Cherry, there’s something comforting, if perhaps a little safe, about seeing him return to the bumbling pubescence at which he has already proved so masterful.

But then that might have something to do with the fact that the film wrapped principal production nearly three years ago, when Holland had just reached the U.S. drinking age. Burdened by costly reshoots—that a second director was said to have overseen—this adaptation of the first book in Patrick Ness’s YA trilogy would go through some seven screenwriters, including Charlie Kaufman, who wrote the first draft. (Ness and Christopher Ford would eventually be given screenplay credit.)

For all the amiable charm of its stars and the convincing moments of worldbuilding—achieved chiefly through the production design of Dan Weil (who also teamed with Liman for 2002’s The Bourne Identity)—you can feel all this mayhem churning just beneath the surface.

The story, so different from Ness’s book, isn’t so much told as it is yanked out of a closing lion’s mouth. Characters like Nick Jonas’s town bully and David Oyelowo’s doomsaying preacher come off as half-baked antagonists who wandered out of another movie. When it ends, Chaos Walking doesn’t so much conclude as it just sort of stops.

Yet, in our current age of preprocessed film spectacle, there is something strangely pleasing—exciting even—about how profoundly unkempt this all feels, especially for a film on this scale. The movie is every bit as loose, shaggy and a little strange as the bright orange fur coat worn by Mads Mikkelsen’s menacing Prentiss, the horse riding leader of the film’s primary settlement.

Why is a space pioneer wearing a coat that looks like it was bought at a tag sale from a pimp who spends his free time cosplaying as a traffic cone? It is really difficult to say, but it looks good, it’s kind of funny, and there really is no harm in just going along for the ride. 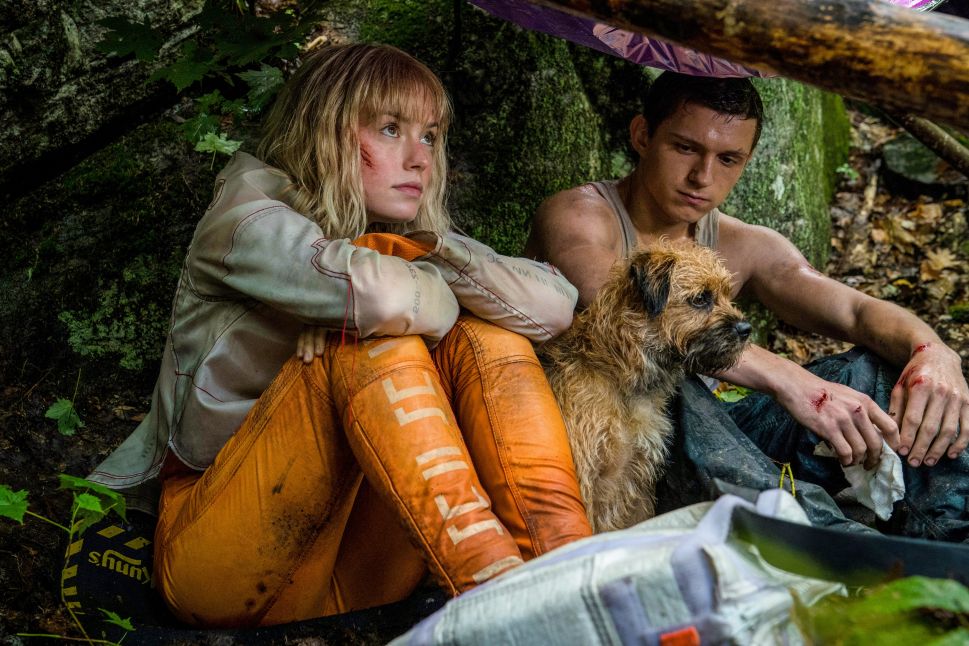