After ending a space partnership spanning two decades, the United States and Russia are now officially rivals again in a new space race to conquer the Moon. On Tuesday, Russia’s space corporation, Roscosmos, announced that it had entered an agreement with China to build an “International Lunar Science Station” on the Moon. The pact was signed by Zhang Kejian, director of the China National Space Administration (CNSA), and Dmitry Rogozin, the head of Roscosmos.

The partnership marks a turning point in lunar competition between the U.S. and China. Both countries are seeking international partners to help build future missions with an ultimate goal to establish a long-term human presence on the Moon. China has been launching lunar missions since 2007. NASA didn’t finalize its lunar plan, known as the Artemis Program, until 2017, yet the American space agency has a more ambitious timeline to land humans and build a  permanent base on the Moon.

Below is a detailed comparison of China’s Chang’e Project and NASA’s Artemis Program:

The CNSA unveiled some details of its lunar exploration program, also known as the Chang’e Project (named after the Chinese moon goddess Chang’e), at a meeting of the Committee on the Peaceful Uses of Outer Space (COPUOS) last August.

China aims to establish a human presence on the Moon in the 2030s, with plans to build lunar orbiters, landers, rovers and sample return spacecraft to be launched by Long March rockets. The central piece of the program is the International Lunar Science Station (ILRS) at the Moon’s South Pole, which is believed to contain vast reserves of ice.

Since 2007, China has launched five Chang’e missions, sending two orbiters, two rovers and a return mission to the Moon. The Chinese space agency has planned three more Chang’e missions (CE-6, -7 and -8) and potential international missions to form the basic setup of ILRS.

See Also: This Startup Plans to Build a Space Hotel and Replace the International Space Station

The European Space Agency has expressed interest in participating. “At ESA we are following the Chinese lunar exploration plans very closely in order to see where our respective programmatic interest could meet, primarily the CE-6, -7 and -8 missions but also the ILRS initiative,” ESA’s international relations administrator Karl Bergquist told SpaceNews last year.

NASA has a more urgent timeline than China to bring humans back to the Moon. Through the Artemis Program, the U.S. plans to land American astronauts on the Moon by 2024 and build a permanent space station, called Lunar Gateway, in lunar orbit. The agency is also targeting the lunar South Pole for a science base to tap its resource.

NASA has been experimenting with various technologies related to the Artemis program in a test series called Green Run since 2017. The first mission, dubbed Artemis 1, is expected to fly in late 2021.

The space agency has enlisted a roster of private space companies, including Elon Musk’s SpaceX and Jeff Bezos’ Blue Origin, to build key spacecraft for future missions. And, like China, it’s is seeking partner nations, through the “Artemis Accords,” a set of ground rules for nations to explore the moon and other future deep-space missions.

NASA has invited all 15 ISS partners, including Russia, to join the effort. Seven countries have signed up by far: Australia, Canada, Japan, Luxembourg, Italy, the United Kingdom, and the United Arab Emirates. Former NASA Administrator Jim Bridenstine has said he’s open to collaborating with all countries, even China, if law permits. (NASA is not allowed to work with China under the Wolf Amendment.)

At a meeting last October, Roscosmos’ Dmitry Rogozin, Russia’s former Deputy Prime Minister, complained that the Artemis Program is “too U.S.-centric.” So Russia is likely to refrain from participating in it on a large scale.”

On the last day of 2020, NASA published a short video (embedded below) hyping its plans for 2021, highlighting the Artemis program as the central theme of the preview. 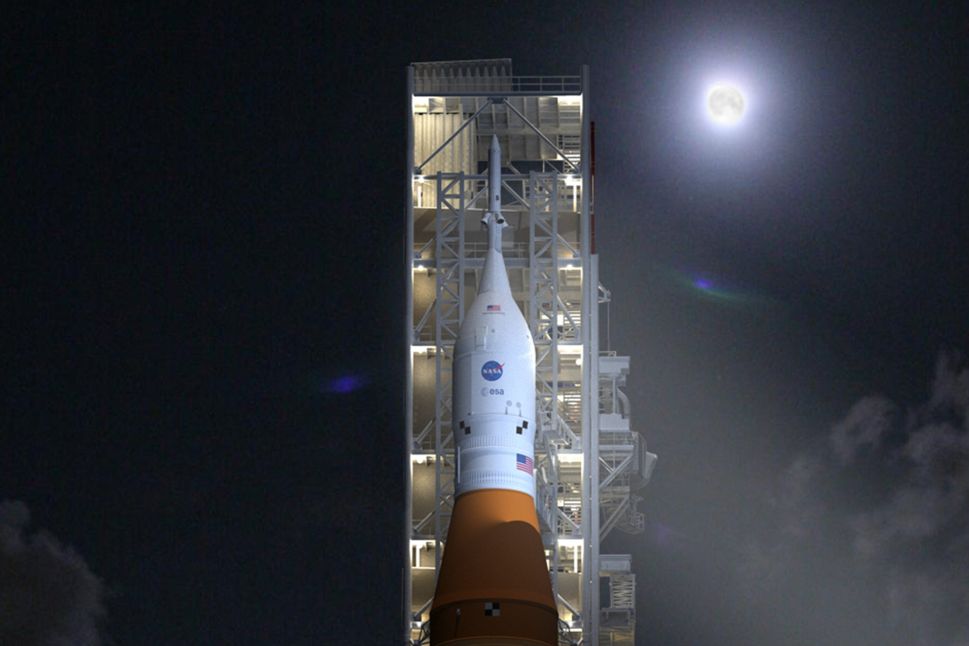