Capitalism or Socialism? Maybe that binary no longer applies. As we’ve seen in 2020, our problems go beyond that: massive income inequality, fragile global supply chains, toxic clashes between humans and nature that easily spread viruses. That’s why Kate Raworth, an Oxford-based economist, began studying a new model of economic theory, which she calls Doughnut Economics, more than a decade ago.

Raworth’s theory posits that instead of a growth-based economy, we need a regenerative and redistributive economy that’s shaped like a circle or, more appetizingly, a doughnut. The goal of such a system would be to cap planetary resource use while allowing developing countries to meet basic standards of human needs.

The pandemic has brought the need for this massive shift in economic perspective into sharper relief, and soon, this new way of thinking about economic goals will be standard.

Since the 1970s, activists like Helena Norberg-Hodge have been questioning the wisdom of globalization in the face of its destruction of local infrastructure. Norberg-Hodge dubbed this localism. We’ve seen a component of this approach in the growing trend of community farms and produce markets, which can replace longer-supply-chain supermarkets.

A non-monetized version of localism that incorporates food supply as well as consumer goods is the local community sharing platform the Buy Nothing Project, which allows members in a neighborhood to request and offer each other resources for free, from sewing machines and vacuum cleaners to a cup of sugar or a pair of socks, via an online website.

Circular projects focus on recovering and using wasted resources to make and re-make products, instead of mining virgin materials. Amsterdam, which announced this year their plan to transition to a “full city doughnut”—that is, a fully local, circular economy—by 2050, has lots of examples of this structure already.

Instock is one of a number of food-sharing restaurants in Amsterdam that creates its menu each day after recovering produce from growers and packagers in the area. Their goal is to eliminate some of the 44% of local food waste that comes from producers and grocery stores that discard imperfect produce.

Businesses that operate in a “closed-loop” control the creation of products, and reclaim them at the end of their life to disassemble and reuse. The global lighting maker Signify made an example of this at Amsterdam’s Schiphol Airport, which has leased “lighting as a service” since 2015. Signify created light fixtures that are 75% more efficient than regular bulbs and installed them at Schiphol, on lease. Signify retains ownership of the components and replaces them with upgrades each year; they can reclaim them for recycling when Schiphol ends the contract. With contracts like this, Signify is nearing a total transition to closed-loop circularity, reporting they are 100% carbon neutral, and recycle 90% of their manufacturing waste.

Since Amsterdam announced its 2050 target, a partnering think tank, Circle Economy, has been measuring resource use in the built environment, food and organic waste, and consumer goods sectors to determine where industry needs could overlap to eliminate virgin raw materials. One small company already doing its part is Plastic Whale. They offer tourists “plastic fishing” tours of the city’s canals, then use those recovered plastics to make office furniture.

But Amsterdam has a long way to go in the next 30 years. Circle Economy reported that the city’s entire economic output in 2018 was only 11% circular.

Naturally, globalists and multinational corporations have a different approach to circularity that often involves cooperation across different parts of the world. In the past four years, the World Economic Forum has launched a number of initiatives to drive value chain transformation and technological innovation. The goal is to engage businesses to implement their own transformation—and it’s working.

Electronics is the fastest-growing sector for generating waste, and the leadership of Apple, and smaller companies like Fairphone, is sure to stimulate attention. In 2017, Apple pledged to transition to a closed-loop supply chain, creating all of its products from recycled materials. (As of 2020, the iPhone 11 product line is a fully closed-loop process, with the phone’s components coming entirely from previous Apple products.)

The fashion industry, which is the second-highest waste-producing industry on the planet, seems to be wisening up, too. Brands like Stella McCartney and Adidas are working to create circular product chains for sneakers; MUD Jeans have introduced the lease-a-jean sharing model for jeans; and H&M Group rolled out a plan to become entirely circular by 2030. Since the initiative began in 2016, they have increased their use of recycled material to 57% of total textile sourcing, scaled their used garment collection to more than 25,000 tons per year, and began to recycle water (so far only 13%) from their production process. Meanwhile, industry-wide innovations like the Fibersort, a mechanized textile-sorting system, are aiming to reduce waste industry-wide.

The more complex a supply chain, the more difficult it is to generate end-to-end circularity. Plastics have received a lot of attention in this regard, and here too, things are beginning to change.

“It was the citizens who really stood up and recognized that this is not the impact we want to see from our use of plastics. It was a fascinating case study in how these agendas can suddenly gain a peak and lead to decision making by governments and companies to make a change,” says Antonia Gawel, of the WEF’s Circular Economy Initiative.

One company riding the plastic action wave is Montreal-based Loop Industries. Founded in 2014, the company developed proprietary technology to break down plastic fibers found in materials from many different sources, from bottles and thermoform trim, to polyester in clothing and carpets. Their process is then able to re-structure those building blocks into virgin-quality PET plastics for companies like Coca-Cola, L’Oreal and Danone.

It’s not just major brands, either. Entrepreneurs from across the world are creating their own closed-loop and regenerative designs. Ikea funds its own project lab, Space10, to bring together design and research teams working on small-scale circular and sustainable products across the world. In France, the Mode Circulaire competition is highlighting the many young fashion entrepreneurs designing for closed-loop systems, too.

Despite the expanding momentum for companies to close the loop on their own systems and manufacture within planetary boundaries, the “hole” of Raworth’s doughnut is still a sinkhole for many people. According to the Circularity Gap Reporting Initiative, the world is only 8.6% circular, with every nation failing to achieve a fair balance between sustainable resource use and universal access to fulfill basic human needs.

It’s clear we need a new metric to talk about economic progress.

In September of this year, the World Economic Forum released just such a metric, called the integrated environmental, social and governance measures (ESG). The pillars of economic value, it states, should be people, planet, prosperity, and principles of governance.

“We need to think beyond basic growth metrics, to the non-financial metrics of companies,” Gawel explains. “There is a fundamental shift in recognition of rethinking how progress is perceived, and we need to embed that into international accounting standards as well as change the way that markets evaluate companies.”

The goal of the ESG could replace the quest for endless growth bound up with measuring GDP.

Transitions take time, though. And while 2025 is a short time in which to achieve circularity, the necessity of the transition is now becoming fully evident. The pandemic has shown that societies need to reorder economic priorities. By 2025, we will have changed the conversation, but it will still take time, and continued pushback from citizens, before we come full-circle. 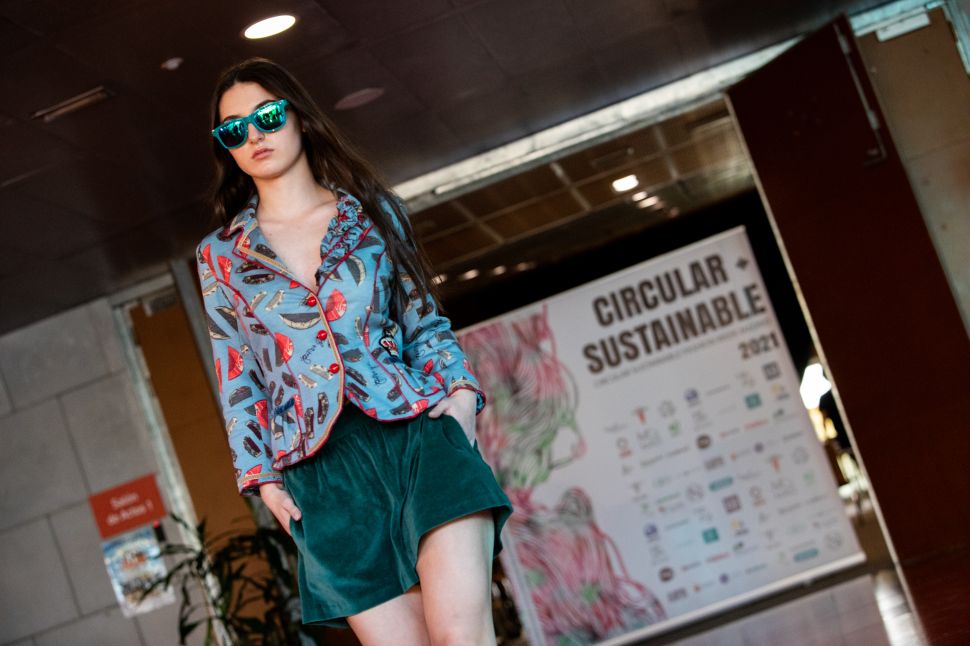