We have a year or less to vaccinate enough people globally to get COVID-19 under control, or else the coronavirus could mutate beyond the power of our current set of vaccines.

The stark warning isn’t alarmism, but the results of a survey of epidemiologists and virologists at the world’s leading academic institutions.

In a poll of 77 epidemiologists from 28 countries carried out by The People’s Vaccine Alliance, a coalition of over 50 organizations, two-thirds said that within a year’s time, COVID-19 could mutate to the extent that the majority of first-generation vaccines are rendered ineffective. One-third of the respondents gave a timeframe of nine months or less.

Nearly 90 percent of surveyed epidemiologists were concerned about the slow vaccination progress in underdeveloped countries. Only 10 percent of people in the world’s poorest countries will be vaccinated in the next year, The People’s Vaccine Alliance estimates.

In the U.S., vaccination campaigns are picking up speed. To date, more than 15 states have opened vaccine appointments to all adult residents age 16 and older. Nearly all 50 states have pledged to make all adults eligible by May 1. The outlook is so positive that many states are already rushing to fully reopen economy despite daily new cases climbing again. However, achieving herd immunity in the U.S. alone won’t put the pandemic to an end if new COVID variants emerge in other countries and eventually make their way to the U.S.

Viruses mutate all the time. Most of them don’t change the core structure of the virus. But on occasion, multiple mutations could amount to a new viral strain that makes it more contagious and deadly. Over the past year, we have seen several such COVID-19 variants, notably the 501.V2 variant first discovered in South Africa and the B.117 variant found in Britain.

Vaccine makers, including Pfizer and Moderna, are actively experimenting modified shots specifically targeted at these strains. Yet, there’s no guarantee they can win out over viral mutations. It took the world’s fast companies ten months to make the first-generation COVID-19 vaccines. And even if they are able to develop another vaccine in record time, it’s unlikely countries can inject enough shots into people’s arms in time to prevent another outbreak.

One potential solution is sharing vaccine patents with countries that are lagging behind in vaccination efforts. Last week, a group of progressive lawmakers urged the Biden Administration to consider temporarily lifting patent protections for COVID-19 vaccines and treatments. The White House convened a meeting on the matter late last week with no final decision reached.

A spokesman for the Office of the U.S. Trade Representative told CNBC the agency is “evaluating the efficacy of this specific proposal by its true potential to save lives.”

South Africa and India have made a formal request to the World Trade Organization to waive COVID-19 related patent protections until the world reaches herd immunity. International humanitarian groups, including Doctors Without Borders, urged wealthy countries last month not to oppose the intellectual property waiver at the WTO.

“As we’ve learned, viruses don’t care about borders. We have to vaccinate as many people as possible, everywhere in the world, as quickly as possible. Why wait and watch instead of getting ahead of this?” Devi Sridhar, a professor of Global Public Health at the University of Edinburgh who participated in The People’s Vaccine Alliance survey, said in a statement through Oxfam Tuesday.

But drug patents aren’t the only thing standing in the way of poor countries speeding up vaccination campaigns.

“Allowing other manufacturers to appropriate the intellectual property wouldn’t increase the supply of the starting ingredients,” Gottlieb wrote. “As raw ingredients are diverted to new manufacturers with far less efficient production…worldwide production of the vaccines would decline, not expand.” 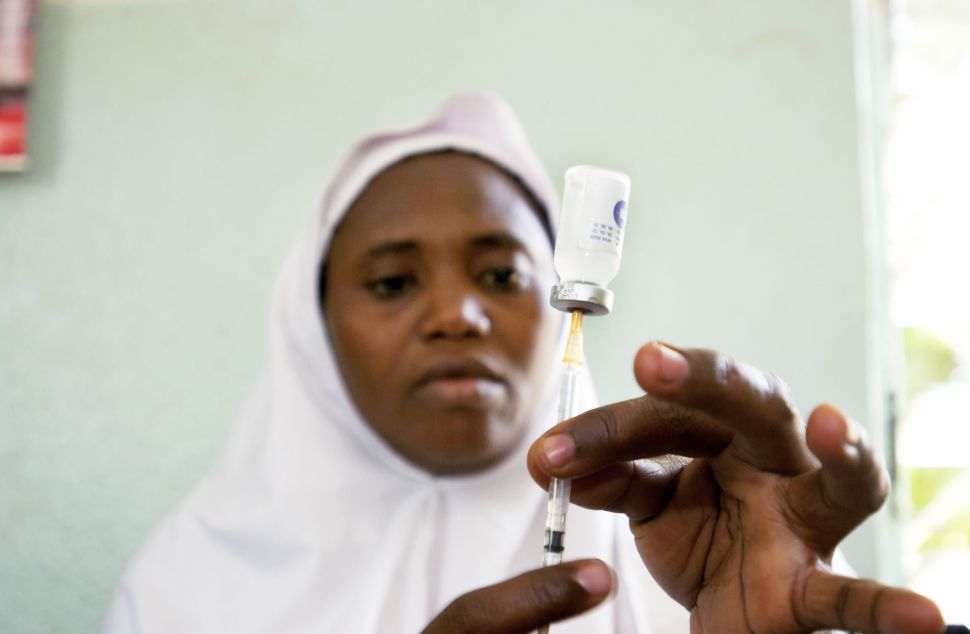