In 2019, the Walt Disney Company shattered box office records with $11.1 billion in worldwide ticket sales. This included 33% of the domestic market alone, the first time since 1999 that any one studio accounted for more than one-third of North American box office revenue. The Mouse House released a stunning seven films that year that all surpassed $1 billion, an unheard of feat in movie making history. The simple truth was that Disney was best suited to our current franchise-driven cinematic ecosystem that relies on big brands and even bigger opening weekends.

Even as the coronavirus pandemic upended the film industry and directly led Universal, Warner Bros. and Paramount to shatter the traditional 90-day exclusive theatrical window, Disney wasn’t expected to overhaul its successful formula once normalcy returned to the marketplace. With an unprecedentedly successful film strategy over the last decade, why would they need to? Yet Disney CEO Bob Chapek may be more willing to adjust to the realities of a drastically changed industry than any of us initially believed.

“The consumer is probably more impatient than they’ve ever been before,” he said during a Q&A at the Morgan Stanley Tech, Media and Telecom Conference, per TheWrap, “particularly since now they’ve had the luxury of an entire year of getting titles at home pretty much when they want them. So, I’m not sure there’s going back. But we certainly don’t want to do anything like cut the legs off a theatrical exhibition run.”

Chapek added that audiences won’t “have much of a tolerance for a title, say being out of theatrical for months” and “just sort of sitting there, gathering dust,” before being made available on additional distribution channels such as streaming.

Despite Disney’s previous box office success, there has been none to be had in the pandemic. The total domestic box office dropped from $11.4 billion in 2019 to around $2.2 billion last year. As we hit month 12 of the pandemic in the United States, just 45% of the country’s movie theaters are open as of this writing. This had led Disney to delay some of its biggest theatrical titles, include multiple Marvel movies as well as Dwayne Johnson’s Jungle Cruise and Ryan Reynolds’ Free Guy.

Yet the studio has shown a willingness to experiment when it makes sense. Disney previously released its delayed live-action Mulan remake both in available theaters and via Disney+ Premier Access for an additional $29.99 charge to subscribers as a hybrid theatrical premium-video-on-demand release. Pixar’s Soul, which is the frontrunner for the Best Animated Feature at the Academy Awards, arrived on Disney+ proper on Christmas for no extra charge. This weekend, Disney will release Raya and the Last Dragon (Disney’s best animated film since 2016’s Moana) both in available theaters and via Disney+ Premier Access. Emma Stone’s 101 Dalmatians prequel Cruella may follow Soul‘s route to audiences in May. Desperate times have called for innovative measures.

But it remains unknown if Disney will move forward with its planned theatrical release of Scarlett Johansson’s Marvel movie Black Widow (May 7), already delayed multiple times. The studio could wind up pushing the film’s release yet again, which would likely have a ripple effect on fellow MCU flicks Shang-Chi and the Legend of the 10 Rings and Eternals, or committing to a similar hybrid PVOD release via Disney+ Premier Access. The hope is that the phased re-opening of movie theaters in New York City beginning this weekend can inspire more confidence in a theatrical rebound.

Disney is under the least amount of pressure of any film studio to shorten its window post-pandemic given its box office track record over the last decade. But as direct-to-consumer business such as Disney+ continues to be its top priority moving forward, calculated case-by-case experiments may be viewed as the most mutually beneficial solution for certain films.

Universal was the first major studio to use the pandemic to break the decades-long 90-day exclusive theatrical window. The studio has signed deals with major exhibitors such as AMC and Cinemark that provides the option to move any film that opens under $50 million at the box office to PVOD after 17 days and any films that opens above that benchmark after 31 days. Warner Bros. followed next by making the controversial decision to move its entire 2021 film slate to simultaneous releases in theaters and on HBO Max. WarnerMedia CEO Jason Kilar has maintained this is a one-year only solution to the pandemic, though that remains to be seen. Paramount recently announced that major blockbusters such as A Quiet Place Part II and Mission: Impossible 7 will be heading exclusively to new streamer Paramount+ after 30-45 days in theaters.

“This is a fluid situation and it’s fluid for two reasons: The short term impact of COVID on the number of screens open and on consumers’ willingness to go back, but also the fundamental changes of consumer behavior, which might be more profound,” Chapek said. “We are watching very carefully…to see how long term those preferences are going to shift and that’s why we talk about flexibility so often.” 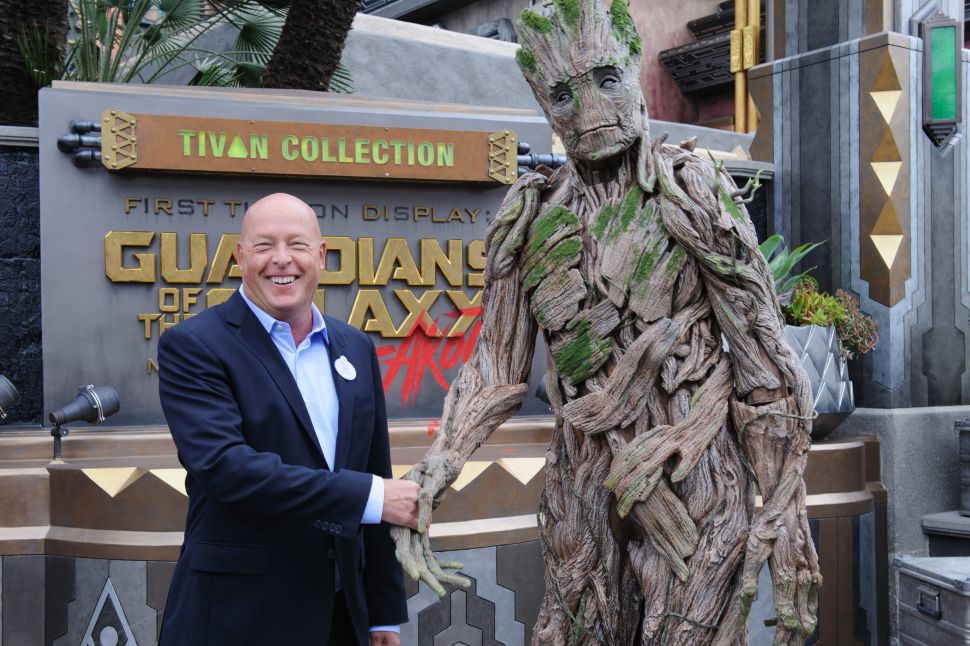