If you had bought a Bitcoin this time last year when it was trading at about $6,700, you could buy a Tesla Model 3 today with just two-thirds of it.

Tesla has begun accepting Bitcoin as payment for its electric cars and software in the U.S., CEO Elon Musk announced on Twitter Wednesday. Assuring customers that transactions will be secure and legitimate, Musk said that Tesla will use “only internal and open-source software” to facilitate the payment process and that the company will “operates Bitcoin nodes directly” to verify each order.

More importantly, the CEO said Bitcoin paid to Tesla will not be converted to any fiat currency. This promise is huge vote of confidence in cryptocurrencies, because the prospect of Bitcoin (and any digital money) as a valuable asset relies on widespread adoption and its owners not cashing out.

Tesla will accept Bitcoin as a payment outside the U.S. later this year.

Bitcoin paid to Tesla will be retained as Bitcoin, not converted to fiat currency.

Tesla already has $1.5 billion worth of Bitcoin on its balance sheet. The company piled in on the cryptocurrency last month, which sent its dollar price soaring to an all-time high. In the past 12 months, Bitcoin has appreciated over seven times. The price has nearly doubled in 2021 so far.

Also Read: The Tech Moguls and Celebrities Riding the NFT Hype and Cashing In

Wall Street institutional investors are warming up to cryptocurrencies as well. Morgan Stanley said earlier this month that it plans to offer its wealth management clients access to Bitcoin funds. JPMorgan, the largest bank in the U.S., revealed in an SEC filing recently that it’s creating a “Bitcoin exposure” product that tracks companies with exposure to the cryptocurrency.

“Bitcoin’s current valuation is pricing in a shift toward cross-border digital currencies,” Harvard economist and Deutsche Bank analyst Marion Laboure wrote in a report on the future of payments last week. “The hypothesis is that Bitcoin, as the leader, will benefit from network effects and become an important means of payment in the future.”

Musk’s support for cryptocurrencies doesn’t stop at Tesla’s balance sheet. He’s been a cheerleader for Ether and, strangely, the meme-inspired Dogecoin, as well. Last week, he put up for sale a non-fungible token (NFT) of a music track on the NFT marketplace Valuables and received a top offer of 625.6 Ether, worth $1.12 million. (He eventually decided not to sell.)

The Tesla CEO is also personally responsible for swinging the price of Dogecoin by singing praises to the cryptocurrency every now and then to his 50 million followers on Twitter. 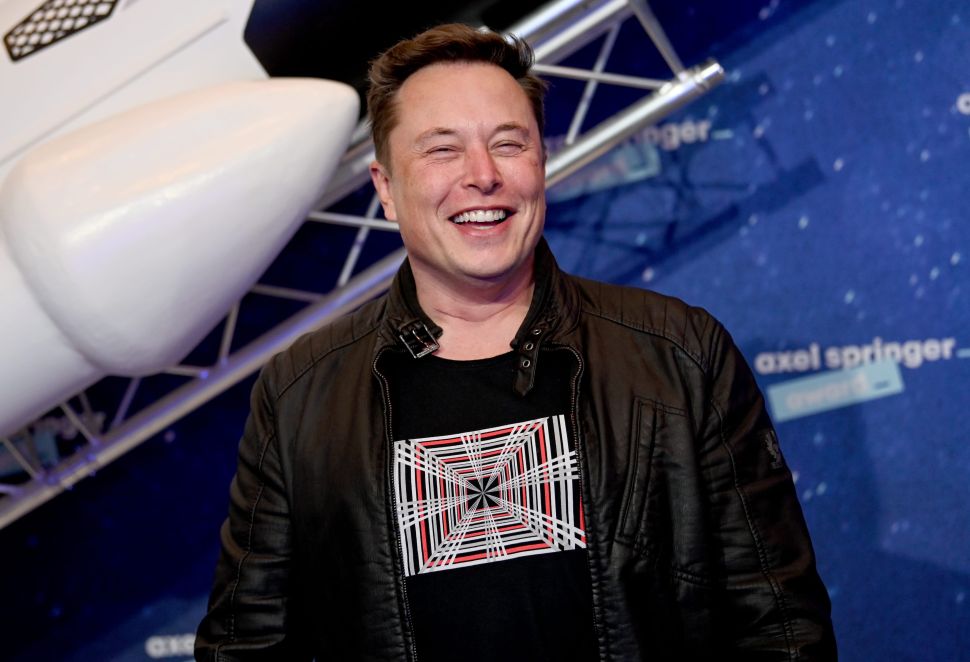