As long as the fine art market has existed, forgery has been an integral part of an ecosystem that values novelty, big names and scarcity. However, it cannot be denied that some attempts at forgery are far more audacious than others: in 2011, the Knoedler Gallery imploded after it was revealed that it was playing host to a multi-million dollar forgery ring that lead to 40 fake works attributed to artists like Robert Motherwell, Jackson Pollock and Mark Rothko being sold. Now, the newspaper El País is reporting that an attempted sale of fake works attributed to Amedeo Modigliani, El Greco, and Francisco de Goya has just been shut down in Spain.

According to El País, before intervention from the Valencian Generalitat Police and the National Police Corps, the paintings had been about to be sold by a collector in Toledo, Spain to buyers in Switzerland, Mexico, and Germany. Accompanied with falsified documents guaranteeing the fake paintings’ authenticity, the fake Modigliani was going to sell for around $10 million, the Goya was set to go for approximately $1.8 million and the El Greco was going to sell for around $3 million.

Interestingly, it’s clear from observing imagery of the three fake paintings that at a distance, the forgeries are actually quite convincing; it begs the question of who exactly is responsible for their creation. Regardless, Spain has had its fair share of shocking art scandals of late, especially to do with the alteration of artwork. In June of 2020, art restorers spoke out in favor of laws surrounding restoration processes to be tightened after yet another masterpiece was ruined by an under-qualified restorer. The most famous instance of this, of course, was the much-meme’d destruction of a prized 19th century fresco of Jesus called Ecce Homo. Whatever’s going on in Spain with regards to art, it’s definitely messy. 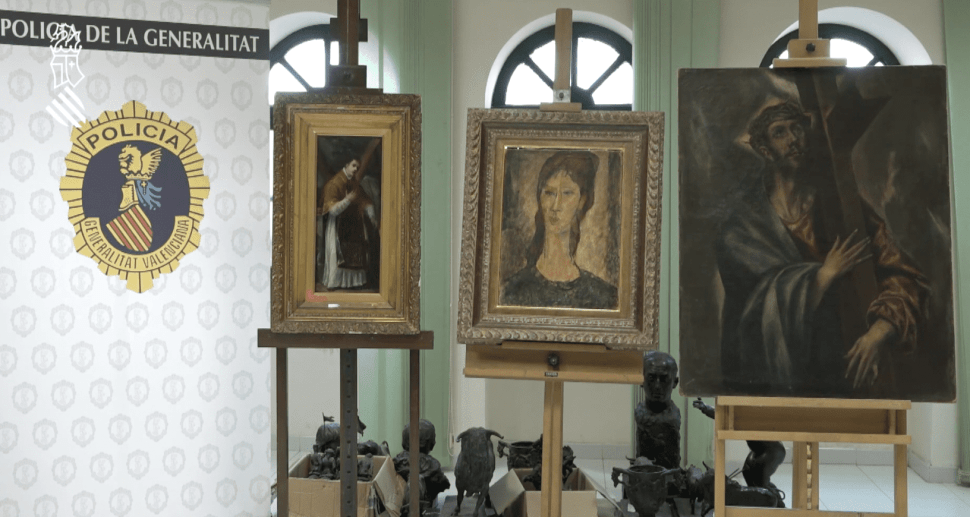