In August 2019, then WarnerMedia CEO John Stankey revealed that with parent company AT&T taking over Time Warner, HBO’s annual budget would increase by a whopping $500 million. All of that extra money had to go somewhere, and now we know its destination. WarnerMedia is leaning heavily into its biggest intellectual properties in order to build out high-profile programming franchises. Specifically, George R.R. Martin’s fantasy world of Game of Thrones is getting the full expansion treatment.

HBO is developing three more Game of Thrones prequel spinoffs in addition to the three already in the works, according to The Hollywood Reporter. The first hails from Rome creator Bruno Heller and revolves around Lord Corlys Velaryon, known as the Sea Snake and the Lord of the Tides. He was the head of House Velaryon, an ancient and proud house that rules the island of Driftmark, the largest island of Blackwater Bay in the crownlands. The house is sworn to Dragonstone and they trace their lineage back to Old Valyria, a region of great importance in the fictional history of this world.

Curiously, Corlys Velaryon is set to appear in HBO’s other Targaryen-centric prequel spinoff, House of the Dragon. It is unknown at this time if 9 Voyages (working title) is a spinoff for actor Steve Toussaint, who has been cast in the role, or an entirely new series.

The second project has a working title of 10,000 Ships and reportedly follows Princess Nymeria, the founder of Dorne. Nymeria is a legend of House Martell and one of the most powerful warrior queens in Game of Thrones history. One thousand years later, she still looms large as Nymeria Sand and Arya’s direwolf carry on her namesake in Game of Thrones. This will be the oldest of the prequel spinoffs in development in terms of the Game of Thrones timeline. Fans of the novels know that Dorne holds great narrative potential that the original series failed to capitalize on outside of Prince Oberyn Martell (Pedro Pascal).

WarnerMedia has already greenlit three other series set in this universe, for a total of six.

The final new project in development is set in Flea Bottom, the infamously poor slum of King’s Landing where GoT characters such as Davos Seaworth and Gendry Baratheon are from. Details are scarce for this prequel spinoff at this time.

As mentioned, WarnerMedia has already greenlit three other series set in this universe, for a total of six. HBO’s House of the Dragon, starring Matt Smith, Olivia Cooke, Emma D’Arcy, and Paddy Considine, begins filming in April. It is set 300 years before the original Game of Thrones and will delve into the destructive civil war that tore the Targaryen empire and Westeros apart. It is expected to finally arrive on HBO in 2022.

HBO is also reportedly developing a series based on Martin’s The Tales of Dunk and Egg, a series of novellas that follow the hedge knight Ser Duncan the Tall and his squire Egg, who would later become King Aegon V Targaryen, or Aegon the Unlikely as the history books remember him. Anyone who has read the novels (or followed AltShiftX’s fantastic breakdowns) know how rich and fertile these stories are for live-action adaptation. They aren’t quite as explosive as Game of Thrones, but are thematically compelling and serve as great connective tissue between different eras of Westeros’ history. Then, for HBO Max, an animated adult series set in the GoT world is also in the works, though its specific focus remains unknown.

A pilot was shot for another proposed spinoff starring Naomi Watts and set in the Age of Heroes thousands of years before the original show, yet was not picked up to series.

Though Game of Thrones was HBO’s biggest hit ever by a wide margin, it’s not as if the premium cable network has crumbled in its absence. On the contrary, it has managed to keep churning out highly visible and critically acclaimed content. Yet splashy blockbuster material connected to beloved pre-existing brands is the quickest way to garner more subscriptions these days.

Much like Disney is doing with Marvel and Star Wars, WarnerMedia is franchising its blockbuster IP to fill out its many content channels, most notably HBO Max. A series set in the Harry Potter universe is reportedly in development at HBO Max. Multiple DC spinoffs including James Gunn’s Peacemaker (which sees John Cena reprise his upcoming role in The Suicide Squad) and a Gotham City Police Department series set before Matt Reeves’ The Batman are en route. 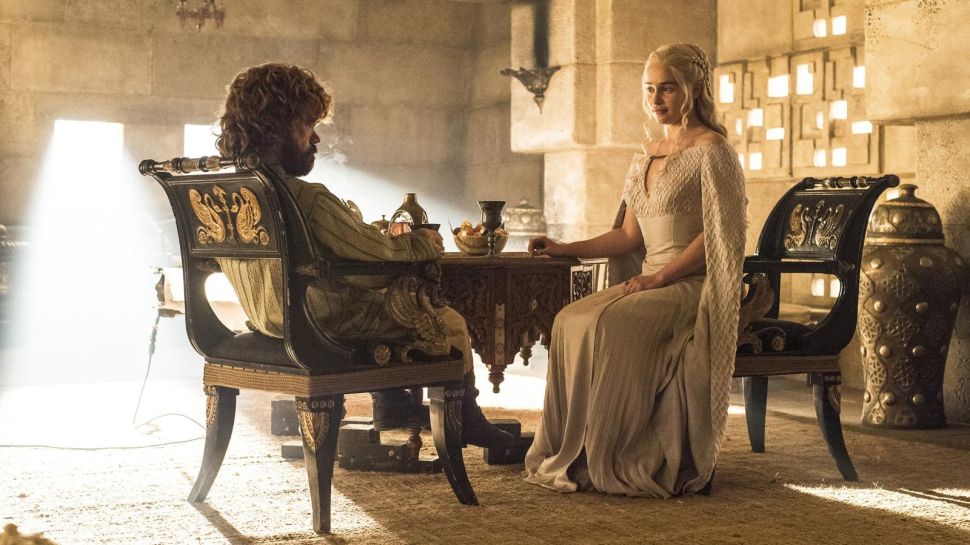