The worldwide COVID-19 pandemic has brought a new spotlight on income inequality and the grievous conditions facing frontline and service workers. The attention, however, has done little to curb the causes of these problems.

The assault has been led by companies in the tech sector, specifically those that operate in the low-paid and gig economies. Proposition 22 in California, Instacart’s ongoing undermining of workers and Amazon’s union-busting typify these policies. As a result, gig companies grew more than ever in 2020, while gig workers are among the hardest hit and most at-risk, and account for a significant percentage of unemployment claims. More generally, the ILO reported that globally workers have collectively lost $3.7 trillion in income during the pandemic, while billionaires have made $3.9 trillion altogether during the same period.

The conditions on the ground, however, often have less influence over politicians and policymakers than the glossy reports and presentations presented by a nebulous collective of influential think tanks, agencies, special interests, non-governmental organizations, and other assorted firms. The world economy is shaped by international policy wonks, who tout their expertise and propose solutions that earn immediate purchase.

Thus far, statements to the media, law documents, and influential reports published by the UN, the International Labor Organization (ILO), the Organization for Economic Co-operation and Development (OECD), have spotlighted the plight of workers around the world in the face of this transformative and devastating moment. The OECD’s Employment Outlook report, for example, emphasizes that “the numbers are stark and our projections are bleak,” and “it is essential to sustain the recovery with a combination of macroeconomic policies and sectoral policies to boost growth and job creation while providing support to the many still in need.”

The ILO, meanwhile, calls for “adequate minimum wages” to be negotiated and agreed upon in response to the pandemic, defined by “a balanced and evidence-based approach to setting minimum wage levels which considers, on the one hand, the needs of workers and their families and, on the other, economic factors.”

However, most of these responses to the pandemic fail to reckon with the tech sector, which has come to swallow almost every other consumer-facing sector with it.  The ILO report, for instance, doesn’t mention the words “gig,” “digital,” or “technology” a single time (they have published separate reports on gig work, however, as has the OECD). As we know, the gig economy has played an important role in how we think about the pandemic’s impact on labor, and many of these workers—whether Uber drivers or Amazon warehouse laborers—have been hit hard.

“For most people that occupy the policy world, they don’t understand the labor movement because it’s never been strong enough to warrant their attention,” Ben Tarnoff, a tech worker and co-founder of Logic Magazine, tells Observer. “There are better and worse arguments being advanced in that world. You have a layer of policy experts who have a real interest in maintaining their own aura of expertise, there’s a whole industry around it.” Moreover, in this world, virtues of the market and of globalization are taken as given benevolent forces.

The ILO is a UN agency, which naturally lends itself a measure of elite credibility, while the OECD is an organization representing 37 high-income economies and is widely recognized for its influential data collection and analysis. To be sure, these organizations do publish plenty of valuable data, and rigorous research is conducted in the making of these reports. The concerns they routinely share about the so-called future of work, though, are—perhaps inevitably—taken from a top-down perspective.

“This line of work is constructed on the idea that there are certain people that are experts that are able to make decisions about these issues,” Tarnoff says. What is absent, however, is substantial input from the people—the workers—who will be affected by these decisions. “You want to learn about the world of work, you should really talk to Uber drivers and Amazon workers, and enable them to actually participate in the creation of these policies and ultimately the laws that determine how their workplaces are organized.”

Stefano Scarpetta, the director for employment, labor, and social affairs for the OECD, acknowledges that while their annual report didn’t include much worker participation due to its rushed response to the pandemic, he suggests that is an exception for their work.

“We seek exchange with a large range of stakeholders for the work we do, and speaking to workers and worker representatives is an essential part of that,” he tells Observer.

Scarpeta adds that OECD is initiating a new project which will follow gig workers over time to better understand their careers and needs, and pointed to other reports it has released on that sector of the economy. Scarpetta also emphasizes that the OECD and these reports are intended to provide “the policy evidence necessary for an informed discussion, and a forum for policymakers to discuss their policy measures,” as demonstrated in the proposals of emergency responses to the pandemic, for example.

“I think you can hide a lot with numbers and vague, glossy categories like ‘jobs,’” she says. “How do we make discursive interventions when there are regulatory regimes constructed that are based on these elite fallacies? What demands can we make that take back power from these structures?”

These are difficult but necessary questions. It is easy enough to point out that the purveyors of markets have failed to make capitalism succeed except for those at the very top, as evidenced by increased economic suffering, deep imbalances in the global economy, intensified austerity, and any number of other catastrophes. The advent of the digital economy, and phenomena including the 2008 financial crisis, Occupy Wall Street, the growth of gig work, the heady bubble of fintech, and finally the pandemic recession have all greatly reinforced these policy failures. So now what?

Whittaker argues that when it comes to taking on the powerful, “we don’t have their money, we don’t have an information ecology that will naturalize our viewpoints,” as these policymakers do. Instead, as Tarnoff put it, “the source of hope lies from below.” Ideas for changing workplaces, wages, or labor conditions that begin from below tend to be diluted and co-opted on their way up—think of the fight for a $15 minimum wage, which began years ago by fast-food workers, was finally adopted by Democrats who then made a plan to incorporate it by 2025 (by which point $15 would hardly be a livable wage), and has been abandoned in the latest stimulus bill.

“If you want to put different ideas into circulation in the upper echelons, it requires a lot of people taking disruptive action in their workplaces and communities,” Tarnoff continues, referencing the militant workers that brought about the New Deal as one model. “I think that’s what’s required for the ruling class discourse to change.”

To help get there, Tarnoff and Whittaker both recommended that labor unions and other working class organizations should produce their own publications or worker-run newspapers, and find similar avenues for circulating their own policy proposals on a populist scale. “There is expertise that Uber drivers and other workers have that need to be foregrounded,” Tarnoff says.

Tarnoff points to statements made by the Alphabet Workers Union about YouTube’s role in far-right radicalization among other issues as a step in the right direction, while Whittaker submits the advocacy work by Gig Workers Rising, particularly in response to Proposition 22. These efforts suggest that there is real energy for change within the labor movement, and perhaps the pandemic crisis has emboldened workers to make demands that they may not have done previously.

This seems especially true within the gig economy, as various collectives and organizations have sprung up in recent years as a consciousness of solidarity spreads, which has only been hardened over the past year of turmoil.

As such, new policy proposals are emerging from the level of the workplace, including making it easier for workers to form democratically-controlled cooperatives (the policy world has its own takes on this, so again the focus should be put on frameworks put forward by workers).

As Tarnoff says, though, it is difficult to challenge the existing structures and systems of power which are propped up by the policymakers of the world, regardless of their intentions or compassion. At the end of the day, Whittaker told me, “this isn’t a battle of ideas, it’s a battle of power.” Workers will need to internalize that lesson in the kaleidoscopic war over labor in a post-pandemic world. 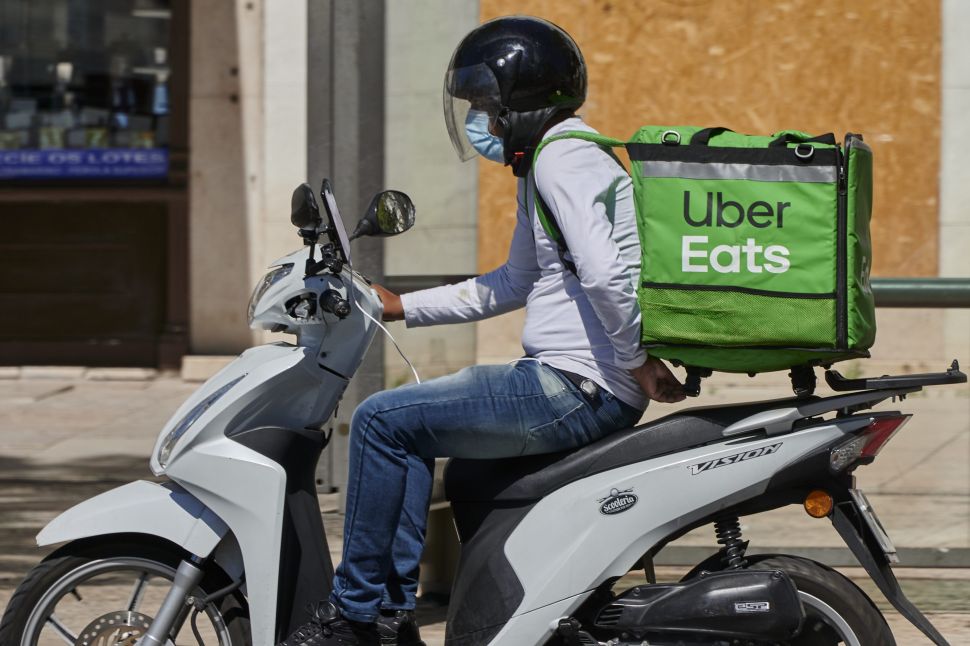