Much like the past year itself, Sunday night’s 2021 Golden Globe Awards were a bizarre mix of Hollywood surrealism and Zoom-related technical issues. If that isn’t some sort of thesis statement on the last 12 months, I don’t know what is. But capably ushering us through the ceremony, beyond co-hosts Tina Fey and Amy Poehler, was a series of snubs and surprises with sub-plots all their own. Let’s dive in, shall we?

Entering the night, Netflix’s Mank was the most nominated film at the Globes with six nods. Yet the favorite across several categories went home completely empty handed. 0-for-6. Zilch, nada, nothing. It’s no knock against the other deserving candidates that triumphed on the night. But Netflix, which has become infamous for its expensive awards campaigns, is likely dreading a repeat of last year’s Oscars when The Irishman was nominated for 10 Academy Awards but wound up with zero wins. Someone get them a paper bag to breathe into.

Rosamund Pike delivers a finely tuned hammed up villain in Netflix’s I Care a Lot, a film that has quickly exerted a strong grip over Netflix’s Top 10. But as a late entrant in the field (the film only arrived Feb. 19) up against legends such as Michelle Pfeiffer and the best narrative pick in Maria Bakalova, there was never enough time to view this category as Pike’s to lose. Speaking of…

Maria Bakalova is easily the breakout star of Borat Subsequent Moviefilm. Much like the NBA’s MVP award, narrative matters when it comes to Hollywood’s prestigious awards. People love a good story and Bakalova, an unknown Bulgarian actress who is the heart and soul of the Borat sequel, has widespread support from critics awards and Film Twitter. Clearly, the Hollywood Foreign Press Association felt differently.

The most competitive category of the night was easily Best Actress where Viola Davis, Frances McDormand, Carey Mulligan and Vanessa Kirby all delivered titanic performances. Yet it was underdog Andra Day, who shines as singer Billie Holiday in Lee Daniels’ film The United States vs. Billie Holiday, that emerged victorious Sunday night. Based on her wonderfully organic reaction, even Day herself was caught off-guard by the win.

After dominating the Emmys in rare fashion over the summer, we thought the final season of Schitt‘s Creek may have finally given room to another contender. Apple TV+’s breakout hit Ted Lasso seemed prime to capitalize on the widespread goodwill generated by its rookie season. Alas, Ted Lasso will have to wait at least another year for a potential coronation as Schitt’s Creek took home the Golden Globe for Best Television Series – Musical or Comedy. Star Jason Sudeikis can’t be too beat up though after winning Best Actor in a Musical or Comedy Series.

The Crown led all TV competitors in nominations with six on the night, eventually claiming four awards. Best Drama and a Best Actress statue for newcomer Emma Corrin were both strong bets coming into the ceremony. Yet few saw Josh O’Connor taking home the Best Actor award for his role as Prince Charles in the show’s fourth season. This was a particularly deep category—Jason Bateman, Bob Odenkirk, Al Pacino, Matthew Rhys—that surprisingly went to the greenest nominee of all. But as long as the HFPA provide Odenkirk with his just desserts for the upcoming final season of Better Call Saul, we’ll keep the rioters at bay. 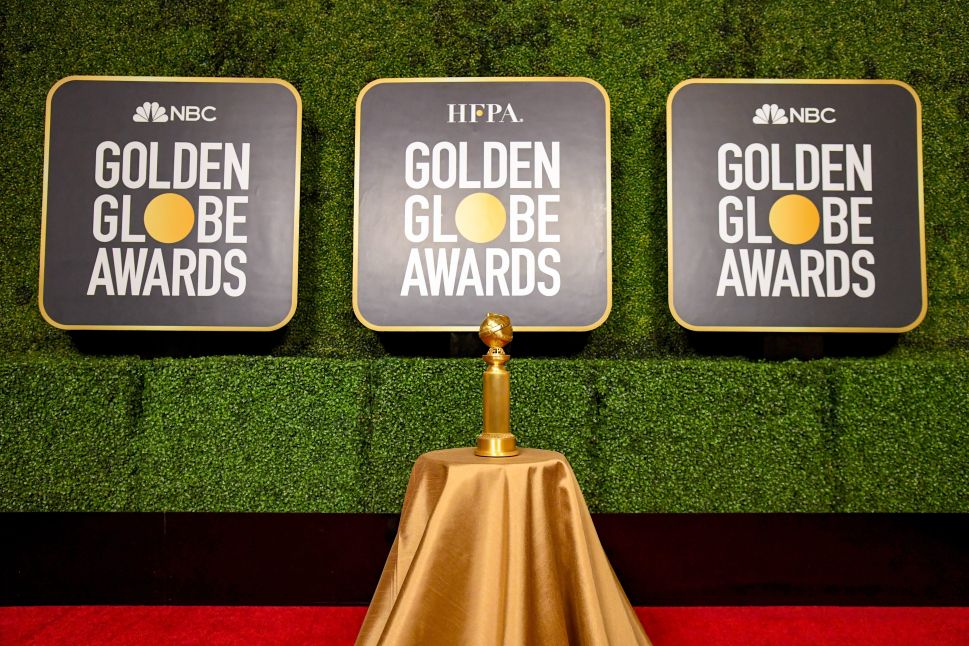