Gone are the days in which the big and small screens were viewed as oppositional platforms separated by a perceived divide in value. Never before in the history of entertainment have film and television been as closely connected as the two mediums are now. Each is integral to a studio’s success; the spaghetti and meatballs of Hollywood.

Despite the uncertainty surrounding the film industry as a result of COVID-19, movie theaters are returning here in the United States and overseas box office continues to climb. At the same time, streaming continues to thrive and despite an avalanche of cord cutting, media networks still hold various value. The bottom line: each studio needs at least one marquee creator feeding high-profile content across film and television. Someone with name brand power and a track record of success.

With that understanding, let’s look at the golden gooses stationed at each major studio right now.

In 2019, I argued that Disney should do whatever it takes to sign Taika Waititi to an overall deal. While no such pact has publicly been announced, it’s clear that the two sides are determined to stay in business with one another.

He first joined the Mouse House family with 2017’s Thor: Ragnarok, which currently holds the fourth-best Rotten Tomatoes score of any MCU feature and grossed a blistering $854 million worldwide. He’ll return to the MCU with a sequel, Thor: Love and Thunder, that will welcome back Natalie Portman’s Jane Foster. As for Disney’s other big franchise, Waititi directed the Season 1 finale of Disney+’s The Mandalorian while also voicing a character in the series. He’s set to direct the next big screen Star Wars movie after Patty Jenkins’ Rogue Squadron. First up, though, is his dramedy Next Goal Wins for the Disney-owned studio Searchlight, which also released his Oscar-winning satire Jojo Rabbit.

On the small screen, Waititi is a co-creator and executive producer on FX’s adaptation of his 2014 mockumentary What We Do in The Shadows. He’ll also executive produce the basic cable network’s upcoming Reservation Dogs, both of which then land on FX on Hulu. Long story short, he has his hands in a number of Disney properties ranging from franchise blockbusters, critically acclaimed dramedies, and TV series. He has become their marquee creator alongside Jon Favreau.

In 2017, Sony won the worldwide rights to Quentin Tarantino’s Once Upon a Time in Hollywood, the first film in his career not to be released by either Miramax or The Weinstein Company. It has not yet been made publicly official, but the expectation is that Sony will be the director’s home for his next (and potentially last) film after shelling out $90 million for his star-studded 2019 original.

Tarantino is a brand unto himself, the rare director who can attract audiences based on his own name-power alone. He routinely ranks highly on Comscore’s motivation metric, which tracks why moviegoers choose to see a particular film. Keeping him in the fold gives Sony a rare blue chip filmmaker that provides solid box office returns and regular awards success.

The writing, directing, and producing pair have made their fair share of big screen hits (21 Jump Street, Spider-Man: Into the Spider-Verse) for Sony. But in 2019, the studio snagged the free agent duo for the small screen after the pair exited their longtime home at 20th Century Fox TV. Their new nine-figure, five-year deal calls for them to create and develop their own TV projects for broadcast, cable and streaming. They also now have control over Sony’s collection of Marvel characters that will be used to populate a shared TV universe. Given their fan-favorite track record, this is only good news.

Sony Pictures Television continues to be the premiere licenser of small screen content to third parties with established hits such as Breaking Bad and Cobra Kai propping up Netflix and upcoming home run swings such as The Wheel of Time (Amazon Prime Video) and The Last of Us (HBO). Sony holds its TV division in high esteem, putting Lord and Miller into an advantageous position.

The screenwriter turned director began to make his mark behind the camera for Paramount Pictures with Tom Cruise’ Jack Reacher. The pair worked so well together that McQuarrie became the first filmmaker to direct more than one Mission: Impossible film with Rogue Nation ($682 million) and Fallout ($791 million). He has since been anointed the Kevin Feige of the M:I franchise and is writing and directing the next two features in the series. McQuarrie also boasts a screenplay credit on Cruise’s upcoming legacy sequel, the oft-delayed Top Gun: Maverick. Outside of Transformers, McQuarrie is developing Paramount’s most lucrative big budget bets.

Sheridan has quickly emerged as the most in-demand screenwriter in Hollywood after penning Sicario, Hell or High  and doing a punch up on Michael B. Jordan’s Without Remorse (which Paramount sold to Amazon). Sheridan also created cable’s biggest hit in Paramount Network’s Yellowstone. The show’s success led to a multi-year pact with ViacomCBS and MTV Entertainment Group. This deal covers the upcoming Yellowstone prequel, Y: 1883, coming to Paramount+ and the Yellowstone spinoff, 6666 (working title). Upcoming series Mayor of Kingstown, starring Jeremy Renner, and Land Man also fall under his lucrative new deal as he cements himself as ViacomCBS’ small screen golden boy.

After Jordan Peele’s two directorial features, both released under Universal, grossed more than $500 million combined against a total budget of just $25 million, the studio locked him down to an extensive first-look deal in 2019. Talk about a no-brainer. The lucrative five-year pact ensures that Universal will develop Peele and his Monkeypaw Productions banner’s next two films, which he will write, direct and produce. The first is scheduled to arrive in 2022. Peele has also been a powerful producer for NBCU with credits on Focus Features’ BlacKkKlansman and Nia DaCosta’s upcoming Candyman reboot.

Like a Tarantino or Christopher Nolan, Peele has become a name brand selling point all his own. Audiences will tune in just because of his involvement, which is a rare feat for a creator, let alone one still at the onset of their career behind the camera. The value he brings to NBCU as both a filmmaker and producer is irreplaceable.

Spielberg’s Amblin Entertainment feeds feature films to both Universal and its subsidiary Focus Features. But the production outfit also has a strong hand in NBCU’s television output, with Spielberg producing a handful of current and upcoming projects. These include Netflix’s successful animation spinoff Jurassic World: Camp Cretaceous and Syfy’s Resident Alien, which just scored a Season 2 renewal. Both have ties to NBCU.

We’d also consider Michael Schur, who Universal Television locked down in 2019 to a five-year deal worth a reported $25 million per year, an elite get for NBCU. Schur served as a writer and producer on NBC’s The Office before co-creating Parks and Recreation for the network. He also served as an executive producer on Netflix’s Master of None (produced by Universal Television) and Brooklyn Nine-Nine (which NBC revived after Fox cancelled it) before creating NBC’s The Good Place. He created the upcoming sitcom Rutherford Falls, which is set to arrive on Peacock, and the animated adult comedy Q-Fore, for Netflix.

In 2019, WarnerMedia won the coveted J.J. Abrams sweepstakes with a massive $500 million overall deal. The prolific writer-producer-director and his production outfit Bad Robot have since been hard at work developing for WarnerMedia’s film, television, digital content, music, games, consumer products and theme-park divisions.

Recently, it was announced that Abrams will produce a big screen Superman reboot with acclaimed writer Ta-Nehisi Coates penning the screenplay. This is the biggest ticket development since the Star Wars filmmaker joined the company, but his docket is dotted with other anticipated work as well. Abrams and Bad Robot are also developing a Justice League Dark series for HBO Max, as well as new TV series Untamed, Duster and Overlook (which is based on the works of Stephen King). He’ll return to the small screen in a big way with HBO’s Demimonde, the first TV series Abrams has created since Alias and Lost. He’s also already an executive producer on HBO’s Lovecraft Country alongside, who else, Jordan Peele. 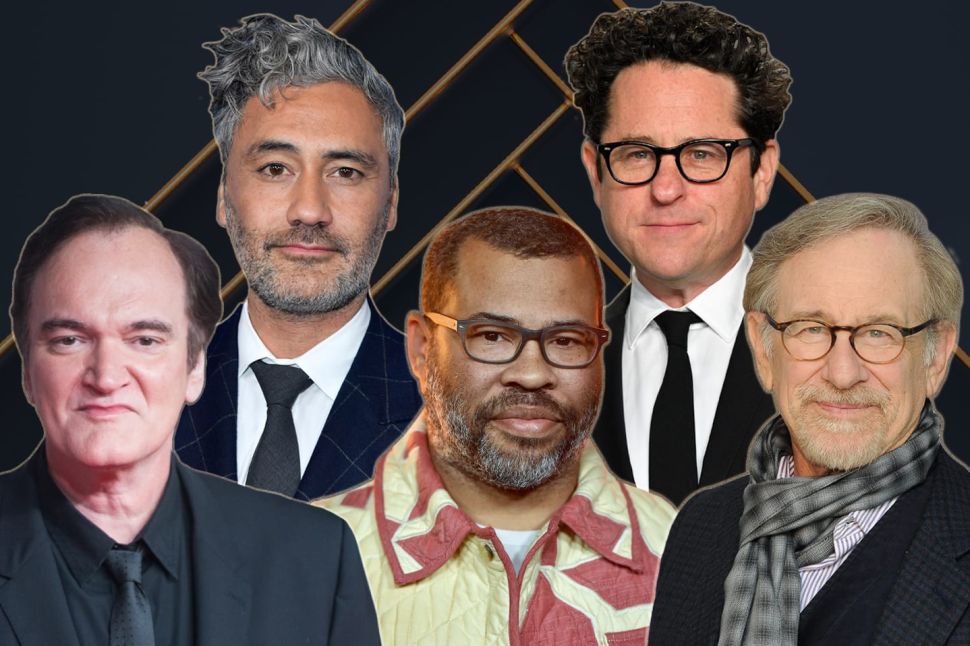