In September 2019, we ranked the major entertainment industry corporations based on their individual market caps, or how Wall Street valued each company from a financial perspective. What these Wall Street valuations (which are far from the end all-be all rubrics of corporate success) revealed is a considerable disparity in how the financial world viewed traditional legacy entertainment companies versus tech-backed conglomerates. For example, at the time of our first story, Disney was in the midst of the greatest box office year in movie history and was still valued 272% less than Apple.

While Wall Street continues to give streaming and tech-based companies a longer leash than traditional studios, the entire entertainment industry has been upended over the last 18 months. A global pandemic has decimated theatrical moviegoing and expedited our transition away from linear entertainment and toward direct-to-consumer business. In this span, four major well-resourced new streaming services have also launched. Hollywood of today is virtually unrecognizable from Hollywood of two years ago.

To reflect those changes, here are Wall Street’s current market cap valuations for the major entertainment and tech conglomerates with a hand in Hollywood as compared to their market caps 18 months ago.

The first major takeaway: Wall Street now values three separate companies at more than $1 trillion, a number that is painfully difficult for someone on a media salary to perceive. Unsurprisingly, these three companies are also the most prominent tech conglomerates in the world. Google-owned YouTube accounts for more than 21% of all video streaming content viewed by U.S. consumers, second only to Netflix, according to Nielsen.

The second major takeaway: AT&T is the only company on the list to have actually lost value over the last 18 months. The telecom giant’s market cap nosedived 21% over that span. AT&T is currently the most indebted non-bank corporation in America, per Bloomberg, and recently sold 30% of its DirecTV ownership stake for a massive loss. At the same time, subsidiary WarnerMedia is making a multi-billion dollar pivot to direct-to-consumer business in the form of HBO Max. The streaming service, which launched last May and counted 17.2 million subscriber activations as of Jan. 27, is the company’s top priority moving forward.

In many ways, WarnerMedia is using HBO Max to sell AT&T’s phone service, but AT&T can’t afford for HBO Max to be a loss leader. While we’re bullish on the streamer long-term thanks to an excellent programming library, it has not grown quick enough to appease Wall Street thus far.

The third major takeaway: How significantly market-leaders Netflix (+71%) and Disney (+43%) have grown. Netflix was the greatest beneficiary of the stay-at-home lockdown orders that resulted from the pandemic. The company added an annual record 37 million new subscribers in 2020 alone and finally reached a point where it will no longer have to borrow money after a decade of mounting debt. Throw in the service’s recent price hike and it becomes clear that the pandemic helped accelerate Netflix’s transition from a focus on growth to a focus on profit. Challenges still lie ahead, especially as the company is forced to focus on in-house original development versus external licensing, but Netflix is in good position.

Disney, meanwhile, is a contradiction. The company’s parks and resorts division, which typically accounts for nearly 40% of the Mouse’s annual revenue, lost tens of billions of dollars over the last year. The same goes for Disney’s theatrical movie output thanks to the pandemic. Yet the company’s share price has actually improved by 25% over the last 12 months on the back of Disney+’s unexpectedly explosive growth. As of Jan. 2, Disney+ boasted nearly 95 million worldwide subscribers. Even as Disney’s media and entertainment division saw overall revenue drop 5% last quarter, revenue in its streaming services soared 73% on a 258% surge in Disney+ subscribers, 83% jump in ESPN+ subscribers, and 30% increase at Hulu. Disney+ still isn’t profitable, but Wall Street is suddenly giving Disney the extended runway usually reserved for tech-based stocks based on the fledgling streamer’s undeniable success. 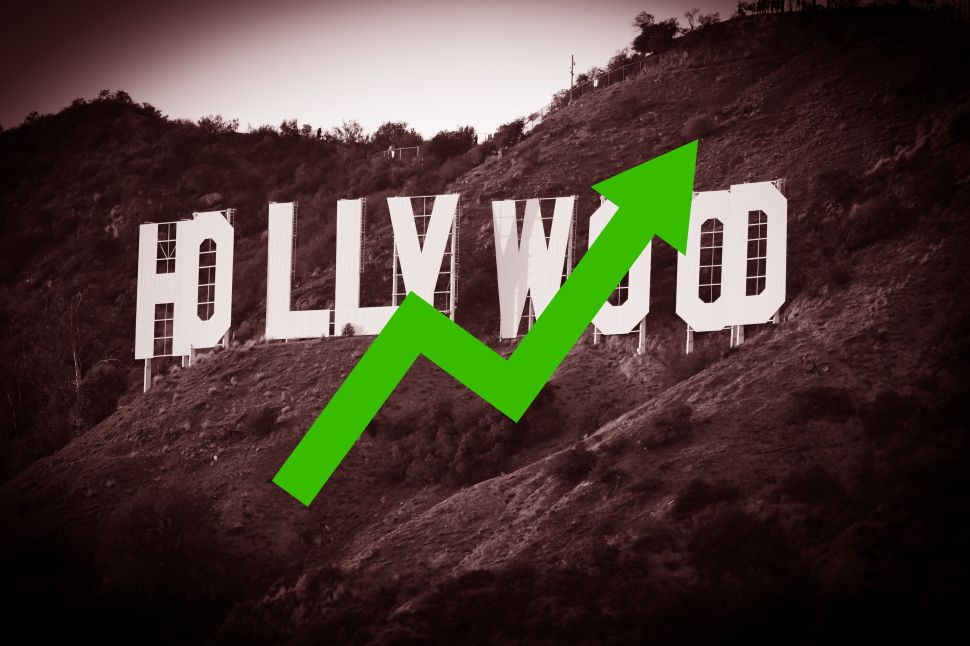