The Duke and Duchess of Cambridge showed their love for coordinating (and very festive) couple’s outfits for St. Patrick’s Day. Prince William and Kate Middleton took part in a special video released by the Irish Foreign Ministry, which features clips of the Cambridges, along with world leaders including President Joe Biden, Canadian Prime Minister Justin Trudeau, in honor of the holiday.

Duchess Kate is never one to miss a festive fashion moment, so of course she donned the trademark shade for the holiday; she wore an apple green, textured weave double-breasted blazer from Zara, which happens to still be available for a very reasonable $89.90.

Kate made sure to properly accessorize for St. Pat’s, too, as she wore Daniella Draper hoop earrings with shamrock charms, according to royal fashion Instagram account @katemidleton1, as well as a shamrock necklace from the same designer.

Prince William also wore green, as the Duke of Cambridge coordinated with his wife in a forest green Ralph Lauren Polo pullover sweater.

The duo had a very adorable back-and-forth in the clip, as Prince William began by speaking in the traditional Irish language. The Duchess of Cambridge followed up the greeting by saying, “We’re delighted to wish you all a very happy St. Patrick’s Day,” to which her husband turned to her and joked, “How come you get the easy bit?”

We have a saying in the Irish language: 'Ar scáth a chéile a mhaireann na daoine'

Meaning we live in each other's shadows.

It speaks to the interdependence of our world

During the short clip, Prince William and Kate shared memories of their last trip to Ireland; the duo traveled to the country early last March, shortly before the coronavirus pandemic lockdowns began to take effect. “We were so thrilled to be able to visit Ireland just over a year ago,” William said. Kate continued, “The warm welcome we received everywhere was a testament to the friendship between our two countries, and the strength of the relationship between the U.K. and Ireland.”

Prince William acknowledged that this St. Patrick’s Day is different from years past due to the COVID-19 crisis; he said, “We know that for Irish people all around the world, today won’t be the same as normal. We hope you can celebrate safely.” The Duke and Duchess of Cambridge then said in unison, “Happy St. Patrick’s Day!”

It’s been quite a week for the royals, as Prince William recently got back in touch with his brother, Prince Harry, following the Duke and Duchess of Sussex’s big interview with Oprah Winfrey. Gayle King said on CBS This Morning that Prince Harry had been in contact with Prince William as well as Prince Charles, but the conversation were “not productive,” and that Meghan Markle still has not spoken to any members of the royal family since the bombshell-filled interview. 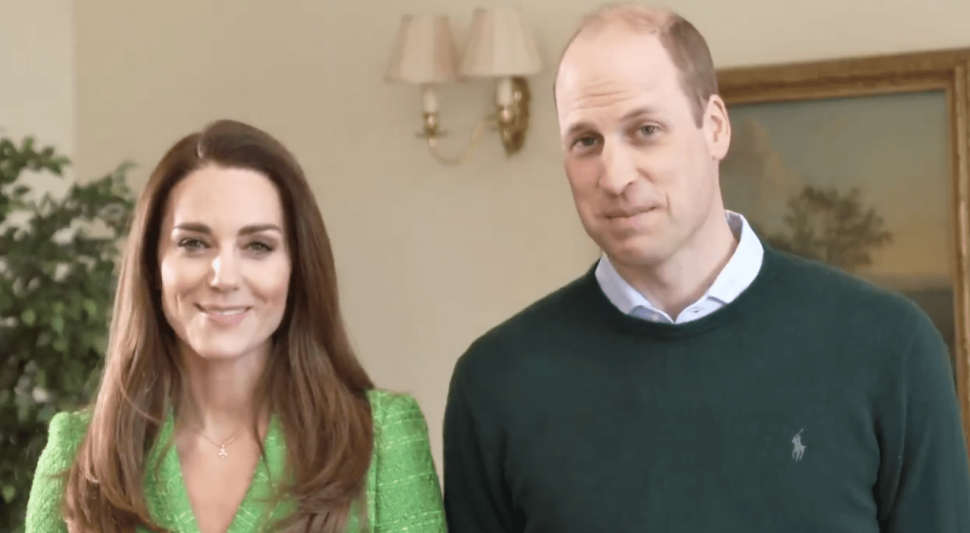