Dr. Martin Luther King Jr., one of the most iconic civil rights leaders this country has ever seen, was met with relentless opposition from American law enforcement officers while he was alive. This opposition culminated in King’s arrest in April of 1963, when he was detained for heading up peaceful demonstrations against racial segregation. During this stint in jail, which lasted eight days, King penned the document “Letters from a Birmingham Jail,” but there wasn’t much more physical evidence of his presence there, until now: on Wednesday, two other such documents sold at Hake’s Auctions for $130,909.

Specifically, the documents in question were two original sheets of paper from the Birmingham jail communications log which, extraordinarily, feature pages of text which have dozens of signatures written by King and fellow activist Ralph D. Abernathy. According to PBS NewsHour, the documents had survived all these years because an employee at the Birmingham Jail had refused to throw away the paper when he had been instructed to.

The paper had then made its way into the hands of a history enthusiast, which is particularly extraordinary because the Birmingham Jail was eventually demolished: it’s far more likely that the documents would never have seen the light of day at all. “We have stuff here that survived because someone pulled it out of the trash,” Jim Baggett, the head of archives at the Birmingham city library, told the Associated Press.

The pages of the old Birmingham jail log bearing King’s signature and Abernathy’s correspondence were put up for auction with a minimum price of $10,000, but clearly, a collector or American history enthusiast deemed the documents to be worth far much more money. The documents, which also kept track of which detainees in the jail received correspondence, also reveal that King letters and a Western Union telegram while incarcerated. 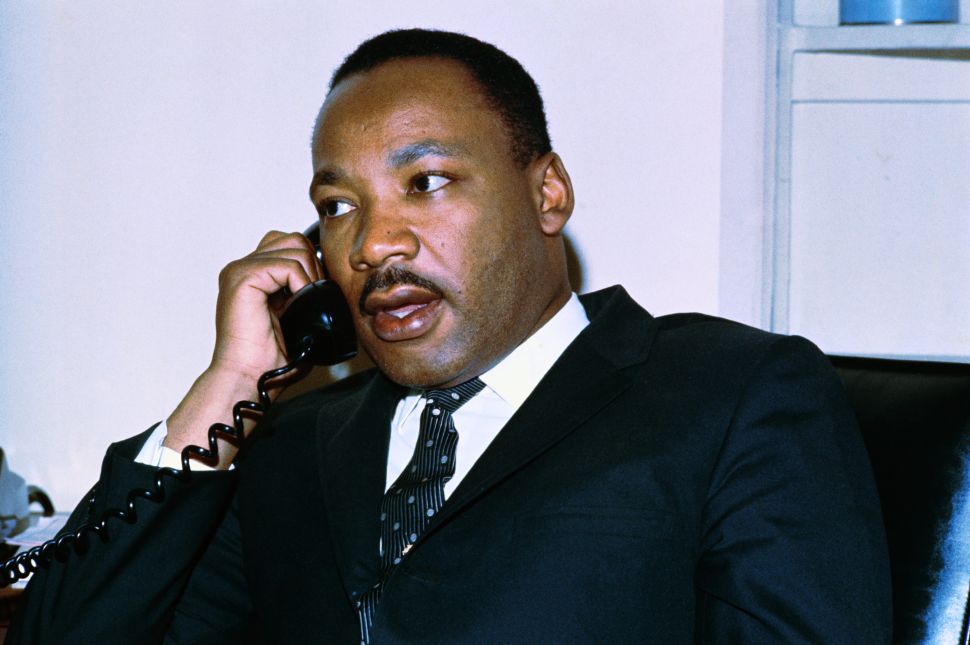