Women, I think, so acutely desire to be perceived as people that sometimes it feels like it doesn’t matter what happens to us as long as something happens. That’s why we hurl ourselves, half-baked, at new experiences and places as though we’re infallible and incapable of ruin. It feels that way, until it doesn’t. Acts of Desperation, Megan Nolan’s extremely strong debut novel, charts the horrifying roller coaster ride of a relationship with a truly evil man, but it feels less like a book about men than it feels like a book about ruin.

Our heroine drinks, fucks and parties in a kind of blind fury that suffuses every page. Sure, she’s happened to develop an obsession with an abusive, violent, demonically gorgeous apparition who’s still in love with his batshit ex, but those types are a dime a dozen.

Acts of Desperation is crucially extremely attuned to the narrator’s single-minded investment in becoming someone, even if for the moment it’s just someone’s girlfriend. She grocery shops for Ciaran, the gorgeous dipshit, with militaristic precision and focus; she attentively cleans and fusses over him like she’s studying for the bar. Nevertheless, they’re brutally mismatched in many ways.

The narrator loves to drink and Ciarian doesn’t. When he attempts to restrict her drinking she does it in secret, downing entire bottles of wine before he gets home from work. Towards the end of their relationship the narrator cheats, predictably loathes herself for doing so and repeats the cycle again.

“I drank wine on my own until I was drunk, and then I went to a party, where I met a man I had known briefly many years before,” the narrator reports. We know where this is going, but she fills us in anyway. “We kissed against the wall and then left to find a hotel and fucked there all night, him pulling my hair and slapping my face and grabbing my throat, me urging him to keep doing it, asking him for more, more, more.” There’s nothing quite so ruinous and novelistically appropriate as desire.

When I was jobless and fresh out of college, I catapulted myself into a relationship with a journalist with a staff gig at a respected New York publication and almost instantly found myself to be desperately in love. I felt sick all day and all night; whenever I took the 2 to his apartment (of course we only ever met up at his apartment), I was filled with such acute anticipation that it came close to ecstatic revelation.

He could sense my greediness and wasn’t altogether disinterested, but he was a man with well-established patterns and boundaries. Passively, he allowed me to develop a pathological attachment to him by never objecting if I wanted to come over to drink or to have sex or for one of his parties. His entire being was sure, why not?

It enraged me. Devoting myself to the task of earning his love via memorizing his every contour, I listened to all his favorite music and drank whiskey pilfered from his counter and wept in his bedroom by myself when he had friends over.

In short, I was a pink-haired explosive device too hamstrung by a passionate desire to realize that although this man was perfectly lovely, I didn’t want a relationship with him: I wanted the comfort in my own skin that he’d earned for himself. It took longer than I would have preferred, but now I have it.

Acts of Desperation thunders through acute darkness throughout the entirety of its plot but ends on a similarly hopeful note, wherein the narrator wonders what she’ll think about now that she isn’t thinking about love or sex. I actually found this to be quite false. This narrator, this voice, will never stop thinking about love or sex; will never stop yanking herself down obscure corridors. She can find ways to be safe, but she can’t be free. None of us can. 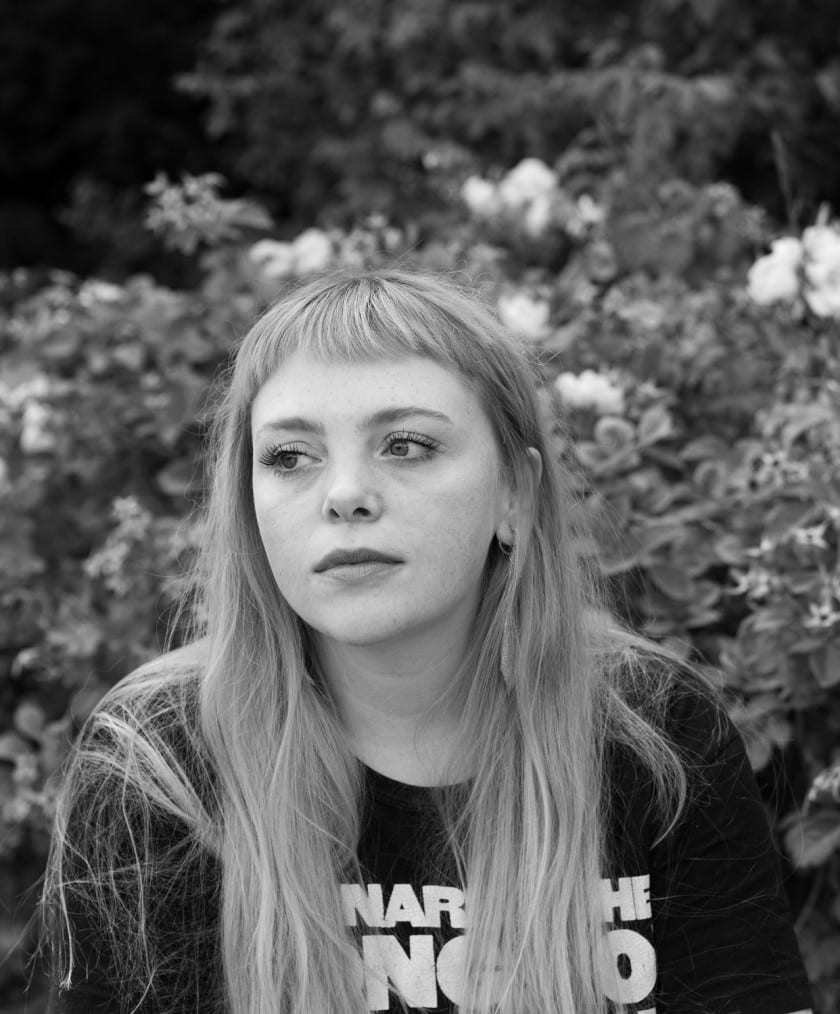