The Duke of Sussex has been in contact with his father and brother for the first time since his and Meghan Markle’s big interview with Oprah Winfrey aired, but it seems the talks haven’t gone particularly well. On CBS This Morning today, Oprah’s best pal Gayle King, who is also close with the Duke and Duchess of Sussex, said that she spoke to Prince Harry and Meghan, and confirmed that Harry had spoken with Prince William and Prince Charles.

The conversations between Prince Harry, Prince William and Prince Charles weren’t great, however, as King said, “I’m not trying to break news, but I did actually call them to see how they were feeling, and it’s true, Harry has talked to his brother and he has talked to his father, too,” but that “The word I was given was that those conversations were not productive.”

.@GayleKing says Prince Harry & Meghan also shared that no one in the royal family had spoken with Meghan as of this weekend. Gayle continued, “They want healing in this family. At the end of the day, that is Harry's family.” pic.twitter.com/Sv0rgiD6YL

During the interview, Prince Harry said that his father had cut him off financially, and at one point had stopped taking his calls. The Duke of Sussex said he felt a bit “let down” by Prince Charles, and that the family had removed his security after he and Meghan stepped back from their senior royal roles. He also said he and Prince William were taking space in their relationship, but “time heals all things, hopefully.”

For the Sussexes, who are now living in Montecito and expecting their second child this summer, it’s still upsetting that “the palace keep saying they want to work it out privately, but yet, they believe these false stories are coming out that are very disparaging against Meghan, still,” King said.

“I think it’s frustrating for them to see that it’s a racial conversation about the royal family, when all they wanted all along was for the royals to intervene and tell the press to stop with the unfair, inaccurate, false stories that definitely have a racial slant. Until you can acknowledge that, I think it’s going to be hard to move forward,” she pointed out. “But they both want to move forward with this and they both want healing in this family. At the end of the day, that is Harry’s family.”

Prince Harry and Meghan did not hold back during the 90-minute special; they revealed that the Palace refused to give their son, Archie, a royal Prince title, which meant that he also wouldn’t receive security. The Sussexes also said that there had been discussions about “how dark” Archie’s skin would be, and Meghan bravely revealed that she experienced suicidal thoughts during her pregnancy with Archie. The Sussexes also expressed their disappointment in the “institution” of the royals, as they felt they were not protected by the Palace from the press and the false tabloid stories spread about Meghan.

Queen Elizabeth released a brief statement via Buckingham Palace shortly after the interview aired, and said the family would be handle the issues raised privately. The rest of the royals have stayed quiet on the subject ever since, with the notable exception of Prince William. During an official event he was attending with Kate Middleton, the Duke of Cambridge responded to a reporter and said, “We are very much not a racist family.”

According to Gayle King, the royals need to acknowledge that there are issues, so that they can all heal. “Right now, no one is acknowledging,” she said today. “They want a conversation.”

King also addressed the bullying allegations against Meghan, as the Palace is in the midst of investigating claims that Meghan bullied her staff. The news anchor defended the Duchess, and said, “The bullying thing was raised in 2018 and now there’s an ongoing investigation about bullying from Meghan Markle, when anyone who has worked with her will tell you exactly who she is.” She added, “She’s really a very sweet, caring person,” and also noted that there are, in fact, receipts.”Meghan has documents to back up everything that she said on Oprah’s interview. Everything,” King declared. 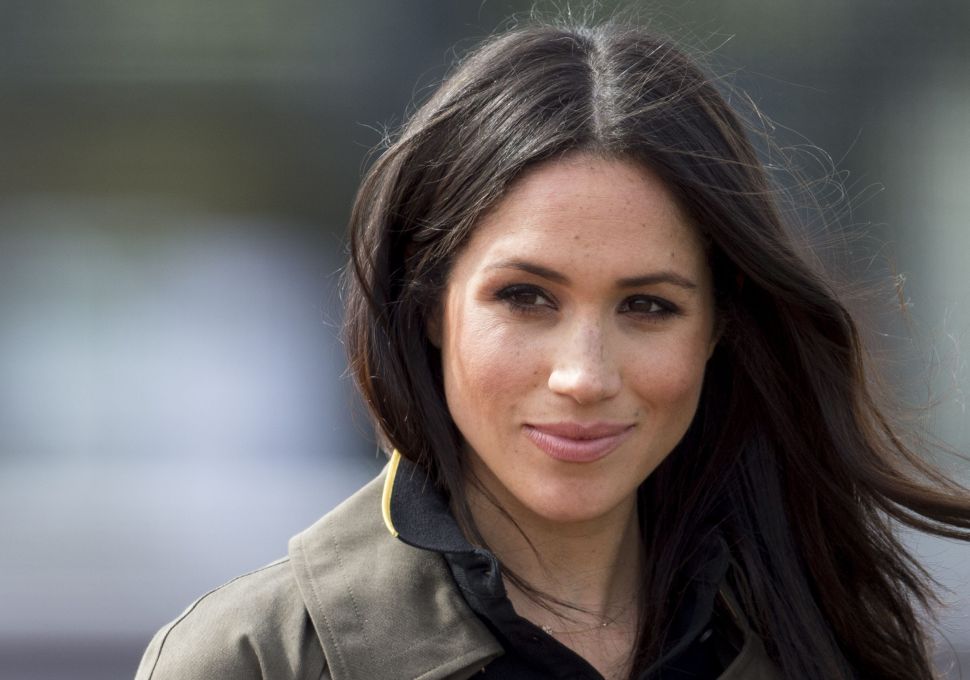