It’s been over a year since Prince Harry and Meghan Markle relocated to California, and that happens to be just about the amount of time since the Duchess of Sussex and the Duchess of Cambridge have been in real communication.

Kate Middleton and Meghan Markle haven’t spoken “directly” in over a year, a royal source told Us Weekly. While the physical distance is surely a factor, it’s not just because they’re now separated by an ocean. According to the outlet, the Duchesses were “never that close,” but the real reason they haven’t been chatting is because of the tension between their husbands.

The Duke and Duchess of Sussex alluded to somewhat icy relations with the Cambridges during their bombshell-filled interview with Oprah Winfrey; Prince Harry said he and his brother’s relationship includes a lot of “space” at the moment. Prince William and Prince Harry have “communicated sparingly” over the past year, and it hasn’t exactly been friendly. There’s “real animosity,” and apparently, that has seeped into Kate and Meghan’s own relationship.

Meghan and Kate got along fine when they first met, but were never the best of friends. In Sussex biography Finding Freedom, writers Omid Scobie and Carolyn Durand disclosed that the Duchess of Sussex felt the Duchess of Cambridge didn’t give her enough emotional support, and would have appreciated if Kate checked in on her more during difficult times. Now, Kate reportedly “wishes she knew more” about Meghan’s emotional struggles at the time.

Kate is also upset over Meghan bringing her up by name during the Oprah interview, per Us Weekly. The Duchess of Sussex corrected a long-standing rumor that she made Kate cry over an incident pertaining to bridesmaids dresses prior to her and Harry’s wedding; Meghan confirmed that it was actually Kate that made her cry.

The Duchess of Sussex said that she forgave the Duchess of Cambridge after the pre-wedding bridesmaids dress situation, and that Kate sent a card and flowers to apologize. Meghan said Kate is “a good person,” and she dismissed the tabloids’ “dueling duchesses” narrative, and rightly pointed out that people should be able to like both her and Kate equally; it doesn’t have to be one or the other.

During the interview, Meghan revealed that while Palace would speak up in defense of Kate, the Firm wasn’t willing to do the same for her. Meghan acknowledged that she knew Kate had to go through a lot with the tabloids as well, but the two women had very different experiences. “Rude and racist are not the same,” Meghan told Oprah, and pointed out that Kate “had a press team that goes on the record to defend you, especially when they know some things are not true. And that didn’t happen for us.”

Kate hasn’t publicly spoken out about the interview just yet, though she might be considering it in the future. Prince William, however, did make his first public remarks about the Sussexes’ jaw-dropping revelations today, and told a reporter that the royals are “very much not a racist family.” 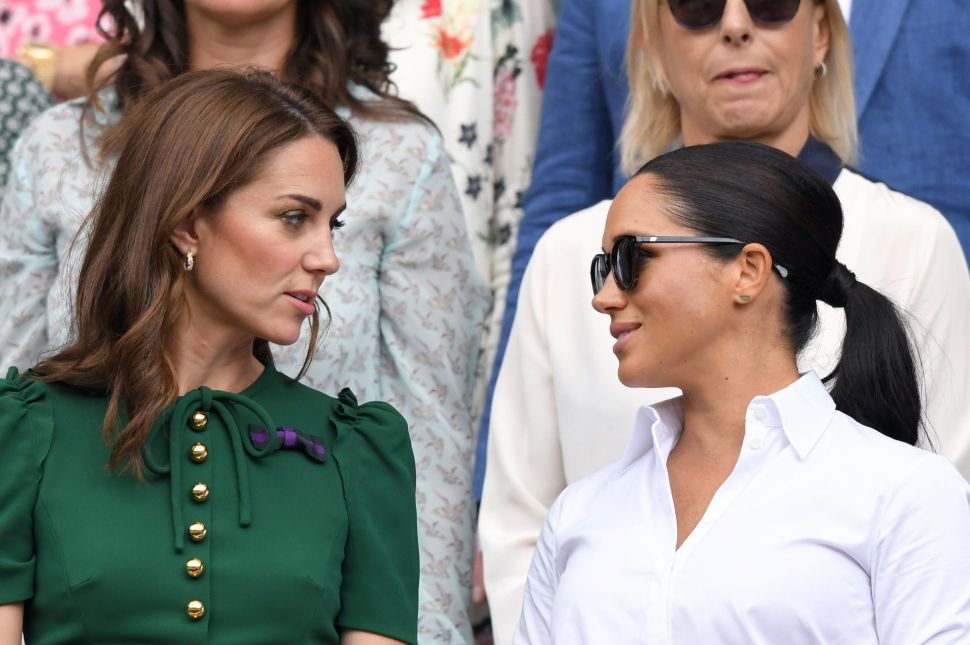