In February, Meghan Markle won a major victory in her lawsuit against the Mail on Sunday and its publisher, Associated Newspapers. Meghan sued the British tabloid for invasion of privacy and copyright infringement over the outlet’s publication of excerpts of a private letter she wrote to her father, Thomas Markle; the Duchess of Sussex was subsequently granted a summary judgment, which essentially means she won the case without having to go to trial.

The presiding judge of the High Court case, Lord Justice Warby, issued a ruling ordering the Mail on Sunday to print a statement on its front page, as well as a notice on page three of the paper, that stated it “infringed on her copyright” by publishing excepts of the “personal and private” letter. The judge also ordered Associated Newspapers to publish the statement on MailOnline for a week, with a hyperlink to his full judgment. Now, however, the front page statement is on hold, in order to give Associated Newspapers (ANL) time to seek permission to appeal.

The publisher was initially refused permission by the judge to appeal the decision, reports Sky News, but is still able to apply directly to the Court of Appeal. Today, Lord Justice Warby said that Associated Newspapers also applied for permission to appeal his order to publish the aforementioned published statements.

The judge has refused ANL permission, but granted a “stay” (a temporary hold) of the order that required the Mail on Sunday and MailOnline to publish the statements, though “only until the matter has been decided by the Court of Appeal.”

The stay expires on April 6, to give Associated Newspapers time to apply directly to the Court of Appeal.

The Mail on Sunday did win a small victory, as the judge granted the paper the right to print the front page apology in a smaller size text than the larger front Meghan requested.

Earlier this month, Meghan was awarded an initial £450,000 (about $627,000) from ANL to pay for her legal costs, and the final amount is expected to be decided at a later date.

Prince Harry and Meghan, who are now living in Montecito with their son, Archie, and are expecting their second child, spoke up about the press attacks during their recent interview with Oprah Winfrey. The Duke and Duchess of Sussex revealed that they felt the Palace didn’t do anything to protect them from false tabloid reports, and that the institution didn’t attempt to correct any of the untrue stories, including a persistent claim that Meghan made Kate Middleton cry. During the interview, the Duchess of Sussex confirmed that it was actually the opposite, and that the Duchess of Cambridge was the one who made her cry, over a disagreement regarding the flower girl dresses prior to Prince Harry and Meghan’s wedding. 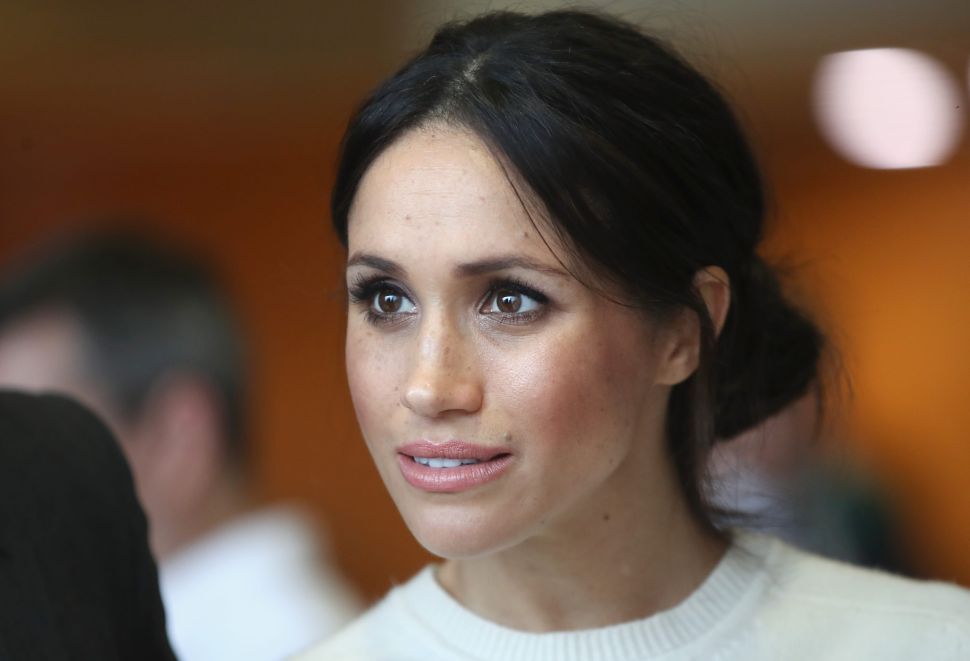