In just three days, Prince Harry and Meghan Markle’s highly anticipated sit-down special with Oprah Winfrey will air on CBS. It’s the first time the Duke and Duchess of Sussex have participated in a joint interview since their royal exit, and now, the network has released a third, brand-new promotional clip of the segment.

The latest video features Meghan speaking out for the first time, and Oprah wasn’t kidding when she said that nothing was off-limits in the interview, as the Duchess of Sussex is not holding back.

In the latest clip, Oprah asks Meghan how she feels about the Palace “hearing you speak your truth today?” The Duchess of Sussex didn’t shy away from letting it all out, as she responds that she doesn’t know how the Palace could “expect that after all this time, we would still just be silent, if there was an active role that the Firm is playing in perpetuating falsehoods about us.”

She continues, “If that comes at risk of losing things…there’s a lot that’s been lost already.” This might be the most critical Meghan has been of the Palace thus far, and yes, this shall be a highly dramatic 90 minutes coming up on Sunday! Also, for those not entirely fluent in royals-speak, “The Firm” is a term used to refer to the working royal family and sometimes the royal courtiers and aides.

The newest snippet from Prince Harry and Meghan’s upcoming sit-down comes amid a rather dramatic few days in the royals realm. Yesterday, a report came out in the U.K. Times that accused the Duchess of Sussex of bullying a number of her royal aides; Meghan subsequently responded to the allegations and denied any bullying via a Sussex spokesperson.

Buckingham Palace then issued a rare statement, announcing it is launching an investigation into the accusations, and “We are clearly very concerned about allegations in The Times following claims made by former staff of The Duke and Duchess of Sussex. Accordingly our HR team will look into the circumstances outlined in the article.” The statement also notes that “The Royal Household has had a Dignity at Work policy in place for a number of years and does not and will not tolerate bullying or harassment in the workplace.”

Prince Harry and Meghan, who are now living in Montecito, California with their son, Archie, and are expecting their second child this year, have stayed relatively quiet on their royal exit up until now. It seems that the time for silence is over, and they’ll be giving a glimpse into it all on Sunday—we recommend marking your calendar for 8 pm on March 7, so you can watch it all unfold. 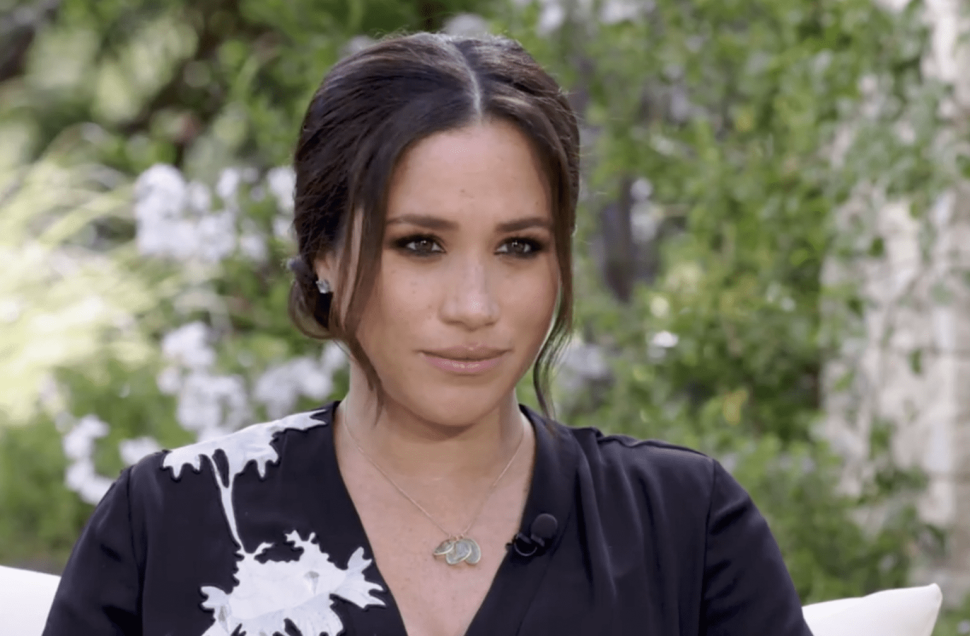