In just two days, Prince Harry and Meghan Markle’s big 90-minute sit-down interview with Oprah Winfrey will *finally* air, and we’ll get to see the full conversation between the Duke and Duchess of Sussex and the media mogul. We’ve gotten a glimpse into how the interview will unfold thanks to a few promo clips shared by CBS (including one in which Meghan accused the Palace of “perpetuating falsehoods”), and now the network has released a fourth teaser video, which was aired today on CBS This Morning, in which Meghan opens up about why she’s ready to speak out now.

In the newly released clip, Oprah discloses that she initially asked Meghan for an interview three years ago, back in February or March 2018, prior to the Sussexes’ royal wedding. Oprah recalls that Meghan very nicely turned her down, and said, “Perhaps there will be another time, when there’s the right time.” Oprah then asks Meghan, “What is right about this time?”

“So many things,” Meghan tells Oprah, noting that she didn’t have much of a choice in the matter. “On the other side, a lot of life experience that’s happened, and also that we have the ability to make our own choices in a way that I couldn’t have said yes to you then. That wasn’t my choice to make.”

Meghan revealed that at the time, she wasn’t even able to have that conversation alone with Oprah, and instead they were also joined by “comm” people, so we’re assuming that means the Palace communications team.

The Duchess of Sussex, who is now expecting her second child, also said that it was particularly difficult for her as she was “an adult who lived a really independent life” prior to entering into the royal family, “to then go into this construct, that is different than people imagine it to be—it’s really liberating to be able to have the right, and the privilege in some ways, to be able to say, ‘yes, I’m ready to talk.'”

It’s been a wild back-and-forth between the Duke and Duchess of Sussex and the Palace over the past few days; shortly after the first teaser from the upcoming Oprah interview was released, a story came out in the  U.K. Times that accused Meghan of bullying her royal aides. The Duchess denied the allegations through a Sussex spokesperson, but Buckingham Palace responded shortly thereafter with a rare public statement that they would be launching an investigation into the bullying claims.

Prince Harry and Meghan’s Oprah sit-down, which is their first post-royal exit joint interview, was filmed prior to the Times story and Buckingham Palace’s reaction, but from what we’ve seen thus far, the Sussex-Oprah conversation looks like it’ll be a must-watch, and we already know that “nothing is off-limits.” Oprah with Harry and Meghan airs on CBS this Sunday, March 7, at 8 pm, so make sure to set your calendars and get ready for a regal 90 minutes. 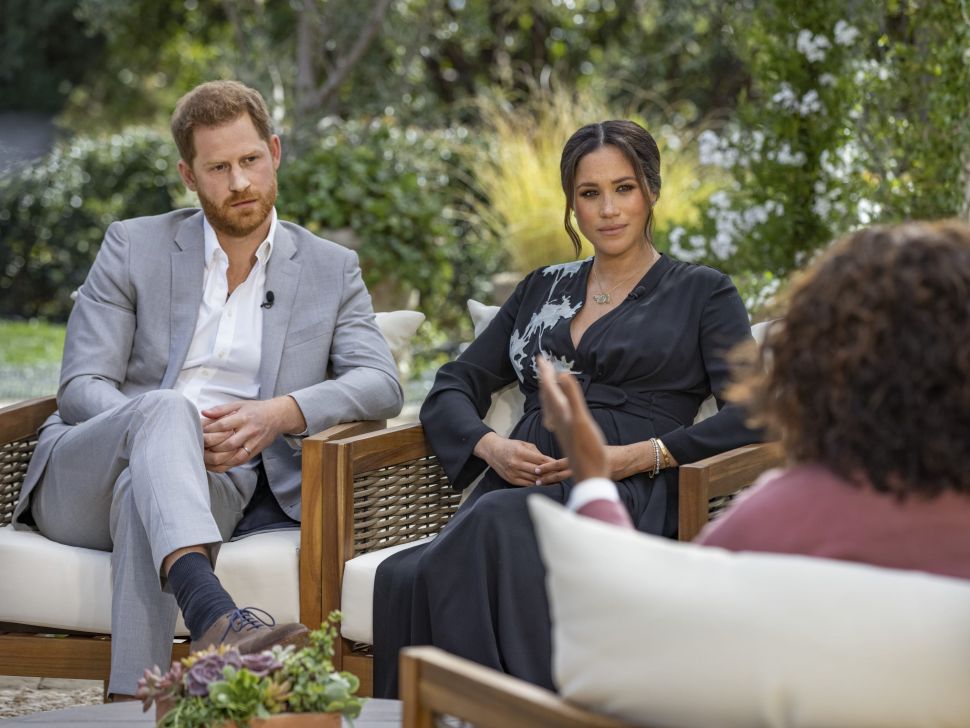