The Duke and Duchess of Sussex revealed quite a few jaw-dropping claims during their much-watched interview with Oprah Winfrey. The plethora of revelations included Meghan telling Oprah that she and Prince Harry had actually gotten married in a private ceremony, prior to their official royal wedding at St. George’s Chapel.

Meghan told Oprah, “Three days before our wedding, we got married. No one knows that.” The Duchess of Sussex said, “The vows that we have framed in our room are just the two of us in our backyard with the Archbishop of Canterbury.”

Prince Harry and Meghan’s comments were met with disbelief from many, and some speculated that perhaps the Sussexes had actually just had a symbolic ceremony at their home that wasn’t legally binding. Now, Justin Welby, the Archbishop of Canterbury, who married the couple, has weighed in on the matter, and confirmed that Prince Harry and Meghan were not legally married prior to their royal wedding at Windsor.

The Archbishop told Italian newspaper La Repubblica, “The legal wedding was on the Saturday. I signed the wedding certificate, which is a legal document, and I would have committed a serious criminal offense if I had signed it knowing it was false.” CNN reports that this was confirmed by Lambeth Palace.

The Archbishop of Canterbury said, “I won’t say what happened at any other meetings,” as “If any of you ever talk to a priest, you expect them to keep that talk confidential. It doesn’t matter who I’m talking to. I had a number of private and pastoral meetings with the Duke and Duchess before the wedding.”

The Archbishop’s comments echo what Prince Harry and Meghan’s spokesperson confirmed shortly after their interview with Oprah; the spokesperson clarified that the couple “privately exchanged personal vows a few days before their official/legal wedding on May 19.”

In the time since their dreamy fairytale wedding, Prince Harry and Meghan have welcomed their first child, Archie, stepped away from their royal roles and moved to California, where they are now living in Montecito. The couple has also embarked on new ventures including a major deal with Netflix, as well as a tech job for Prince Harry. The duo has lots to celebrate coming up, as not only are they nearing their three-year wedding anniversary this coming May, but they are also  expecting their second child (a baby girl!) this summer. 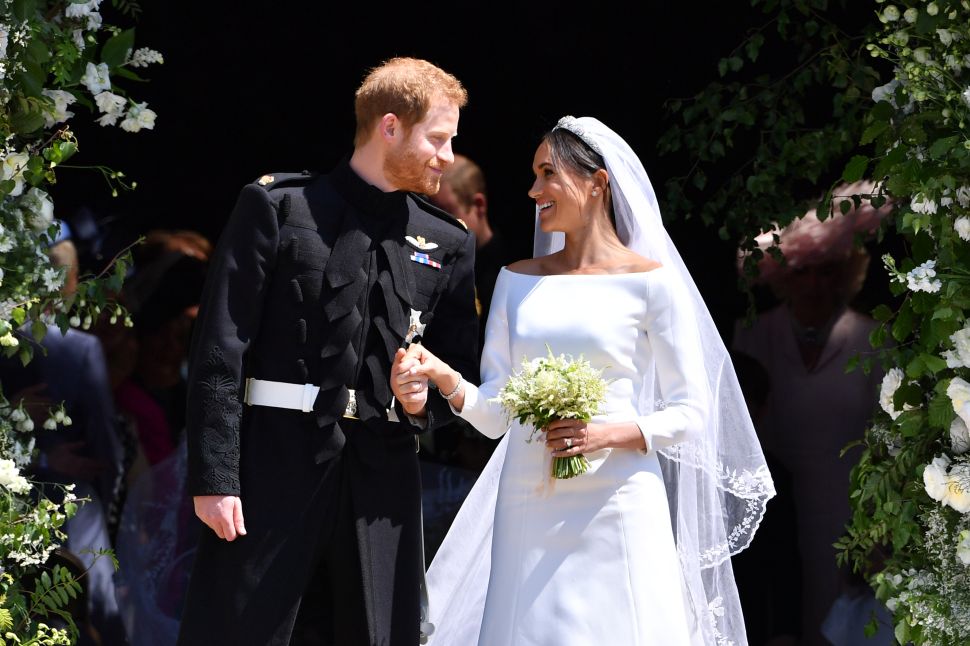