During Prince Harry and Meghan Markle’s interview with Oprah Winfrey, the Sussexes repeatedly voiced their concerns over security issues. The Duke and Duchess of Sussex revealed that after they were told their son, Archie, was not going to be a Prince, they also learned that he wouldn’t be given a royal security detail. Prince Harry also disclosed that shortly after he and Meghan told the royals they planned to step down from their senior roles, he was informed that he’d be losing his own security detail imminently.

It was already understandable that the Sussexes were panicking over security, as they’ve dealt with a number of security breaches and privacy incidents in the past. Their concerns were definitely valid, as it turns out that Prince Harry and Meghan experienced a serious trespassing issue at their Montecito home in December, in which a man breached the grounds of their property twice within three days.

A 37-year-old man reportedly drove from Ohio all the way to California, and was first caught on the grounds of the Sussexes’ Santa Barbara estate on Christmas Eve, according to TMZ.

The outlet reports that the Santa Barbara County Sheriff’s Office let the man off with a warning on December 24, but it seems that didn’t work out so well, as it didn’t deter the man from returning to Prince Harry and Meghan’s home just two days later, on December 26. The man was then charged with one count of misdemeanor trespassing.

It’s not clear what, exactly, the man was trying to do at the property, and it’s not certain if Prince Harry, Meghan and their son, Archie, were home at the time of the incident.

Prince Harry and Meghan have been forced to deal with a number of serious security incidents over the years, including at their erstwhile home in the Cotswolds, as well as when they were living in a waterfront mansion in Vancouver Island. It was when they were residing at the Canadian home that the Duke of Sussex was informed he was losing his royal security, and shortly thereafter, around March last year, Prince Harry and Meghan’s exact location was revealed by a British tabloid. This all coincided with borders starting to close amid the worsening coronavirus pandemic, and led to the Sussexes quickly relocating to California, where they temporarily moved into Tyler Perry’s Los Angeles mansion.

The Sussexes had to seriously up their security while living in Los Angeles, as there were major privacy invasion issues, including when a drone illegally flew over their home in order to try and spa photos of the family of three; Prince Harry and Meghan reported at least five incidents to the LAPD.

Prince Harry and Meghan, who are expecting their second child (a girl!) this summer, moved to their $14.65 million Santa Barbara mansion last summer, and it’s where they reportedly plan to put down roots and raise their children. They chose not to film their interview at the home, but they did give a peek into the estate during a clip aired during the special, in which they show Oprah their chicken coop, which is very sweetly named “Archie’s Chick Inn” in honor of their nearly two-year-old son. 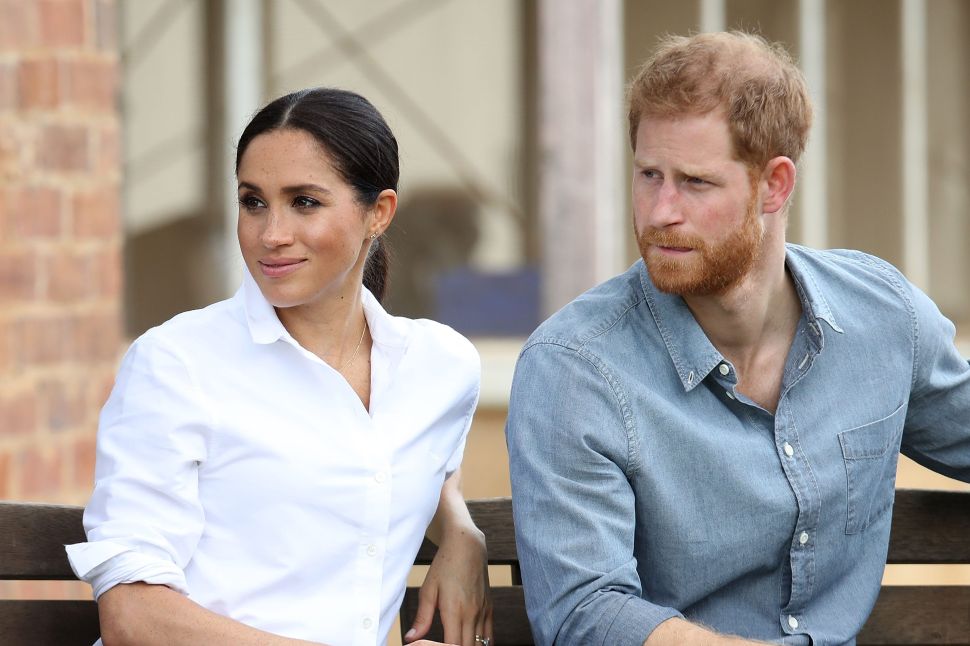