There’s just one week to go until Prince Harry and Meghan Markle’s big 90-minute interview special with Oprah Winfrey airs, and we finally got our first glimpse of the sit-down. CBS released two promotional clips of the Duke and Duchess of Sussex’s first post-royal exit joint interview, and it looks so good.

It looks like the Sussexes didn’t hold back, as one of the clips begins with Oprah telling the audience, “I just want to make it clear to everybody that there is no subject that is off-limits.”

The special begins with a one-on-one between Oprah and Meghan, and then Prince Harry joins the conversation later on. In a clip from the sit-down between just Oprah and the Duchess of Sussex, the media multi-hyphenate asks Meghan, “were you silent or were you silenced?” The clips don’t include Meghan’s answers just yet, but at one point, Oprah says, “‘Almost unsurvivable’ sounds like there was a breaking point.”

Prince Harry later voices his fears over what happened to his mother, Princess Diana. He tells Oprah, “My biggest concern was history repeating itself.”

The Duke of Sussex elaborates further later on, and explains, “For me, I’m just really relieved and happy to be sitting here talking to you with my wife by my side, because I can’t begin to imagine what it must have been like for her [Princess Diana] going through this process by herself all those years ago. because it has been unbelievably tough for the two of us, but at least we had each other.”

The interview reportedly took place by Prince Harry and Meghan’s new home in Montecito; Oprah lives right nearby. The Duke and Duchess of Sussex are also expected to discuss their move to the U.S., what led to their royal exit and their new life in California with their son, Archie, and their growing family.

Just in case you weren’t convinced of the must-watch nature of this royal interview, please see Oprah’s dramatic final word in one of the clips, as she declares, “you’ve said some pretty shocking things here.” She’s quite happy with how the segment went, as her best pal Gayle King recently said that Oprah called the special “the best interview she’s ever done.”

You’re surely wondering how to watch the special now, so mark your calendars for Sunday, March 7 at 8 pm ET, when the interview airs on CBS. It’ll also be available to stream on Hulu Live TV as well as YouTube TV, and if you really want to spend the day getting a serious royals fix, make sure to tune into the royal family’s Commonwealth Day special that’s set to air earlier on that Sunday, with appearances from Queen Elizabeth, Prince William, Kate Middleton and other royals across the pond. 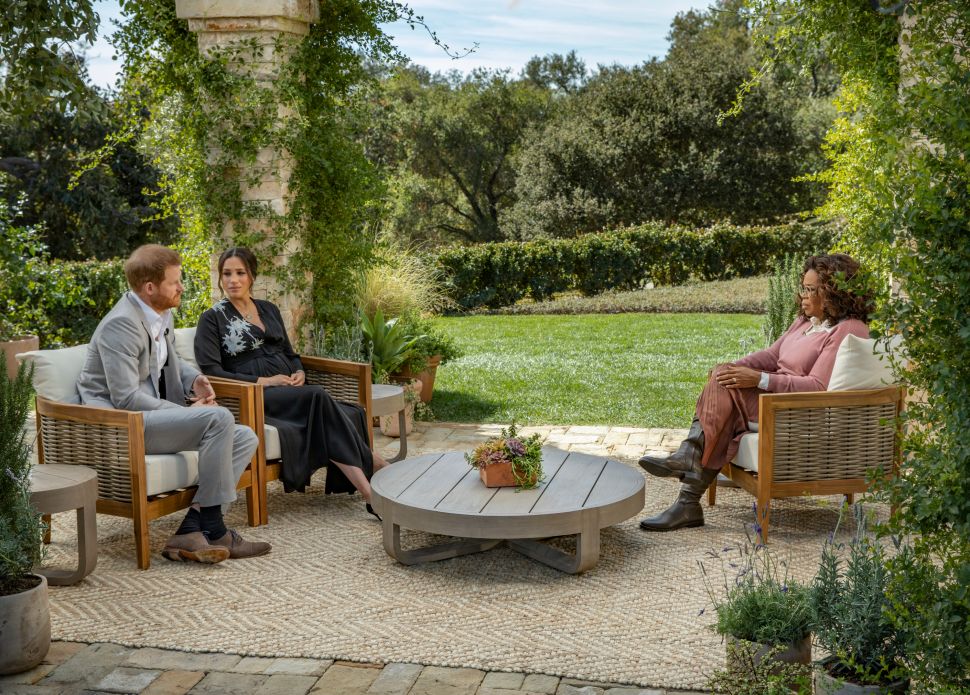