Mere days before Prince Harry and Meghan Markle’s big sit-down special with Oprah Winfrey is set to air, a new report has surfaced accusing the Duchess of Sussex of bullying her palace staff. A lengthy in-depth story in the U.K. Times claims that Jason Knauf, who was then the Sussexes’ communications director, lodged a complaint against Meghan back in October 2018, alleging that she “drove two personal assistants out of the household and was undermining the confidence of a third staff member.”

The Times reports that Knauf, who is now the head of Prince William and Kate Middleton’s charitable Royal Foundation, spoke with the head of HR and subsequently emailed Prince William’s then-private secretary about the situation, as he was concerned nothing would be done to protect the Palace staff. He reportedly wrote in one email, “The Duchess seems intent on always having someone in her sights…We have had report after report from people who have witnessed unacceptable behavior” towards one of her staff members.

The Times also reports that two senior staff members claim they were bullied by Meghan, and another said they felt “personally ‘humiliated'” by the Duchess. Another said it felt “more like emotional cruelty and manipulation, which I guess could also be called bullying.” The U.K. outlet also claims that sources have told them that Meghan’s staff were occasionally “reduced to tears.”

Duchess Meghan has already responded to the allegations. In a statement to Observer, a spokesperson for the Duke and Duchess of Sussex said, “The Duchess is saddened by this latest attack on her character, particularly as someone who has been the target of bullying herself and is deeply committed to supporting those who have experienced pain and trauma. She is determined to continue her work building compassion around the world and will keep striving to set an example for doing what is right and doing what is good.”

Prince Harry and Meghan, who are now living in California and are expecting their second child, also had their lawyers send a legal letter to the Times. The letter accused the outlet of “being used by Buckingham Palace to peddle a wholly false narrative.” A spokesperson told the U.K.-based outlet, “Let’s just call this what it is—a calculated smear campaign based on misleading and harmful misinformation. We are disappointed to see this defamatory portrayal of The Duchess of Sussex given credibility by a media outlet. It’s no coincidence that distorted several-year-old accusations aimed at undermining The Duchess are being briefed to the British media shortly before she and The Duke are due to speak openly and honestly about their experience of recent years.”

According to the Times, sources approached the outlet as they “felt that only a partial version had emerged of Meghan’s two years as a working member of the royal family and they wished to tell their side,” as they “believe the public should have insight into their side of the story” prior to the Sussexes’ upcoming interview with Oprah.

The aforementioned Oprah interview is Prince Harry and Meghan’s first joint post-royal exit sit-down, and nothing was off-limits. The 90-minute special, which was filmed near the Sussexes’ home in Montecito, airs on Sunday. 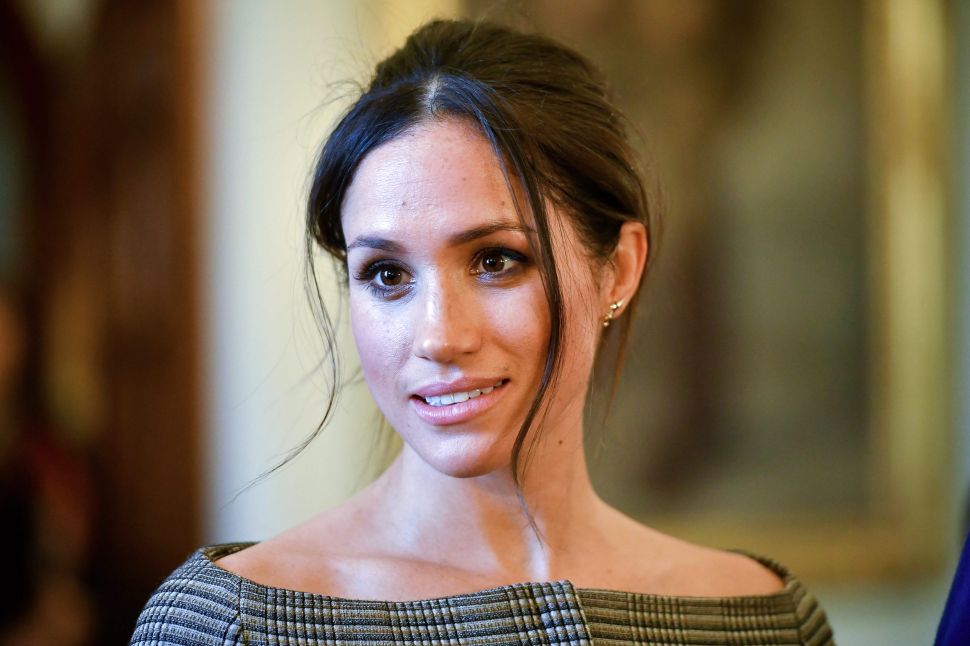