In such a turbulent, chaotic and innovative time for both the world at large and the art market, it can be easy to lose sight of the fact that the industry revolves around the particular talent of thrillingly inventive individuals. On Thursday, James Cohan gallery announced the newly-minted representation of Naudline Pierre, a painter of stunningly fantastical figures who’s poised to become one of the most talked-about young artists on the scene. Pierre’s first solo exhibition with James Cohan will open in New York in April 2022, but before that, her first solo museum exhibition will open at the Dallas Museum of Art on September 26th.

With an MFA from the New York Academy of Art and a BFA from Andrews University, Pierre’s work has also been recently included in the three-person MoMA PS1 exhibition This Longing Vessel: Studio Museum Artists in Residence 2019-20, as well as in exhibitions at the Museum of Contemporary Art, Chicago and the Armory Show in New York. Stylistically, Pierre’s work is very emotional: her winged, multicolored figures embrace and come together on backgrounds that are just as vivid. By depicting moments of deep catharsis and transcendence, Pierre generously allows spectators looking at her work the opportunity to experience the same things for themselves.

“I’d like to think that I am creating experiences, for both myself and the viewer, that go beyond the everyday,” Pierre told Bomb magazine in 2019 in an interview about her work. “It’s important for me to make images that move away from what I think I know and into a space where I get to experience a different reality. I think that transcendence is inherently spiritual, whether you’re encountering something bigger than you or you’re encountering yourself.” Especially during pandemic times, transcendence of everyday reality via art is more essential than perhaps ever before. 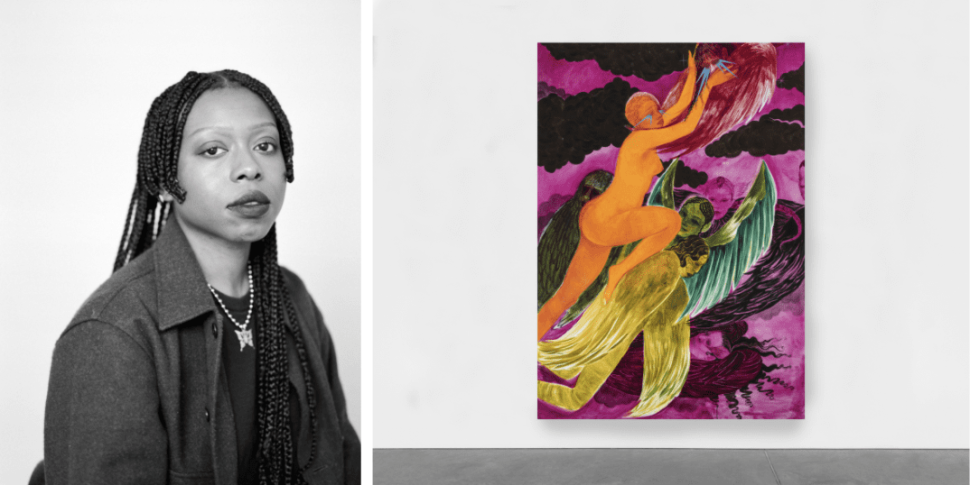