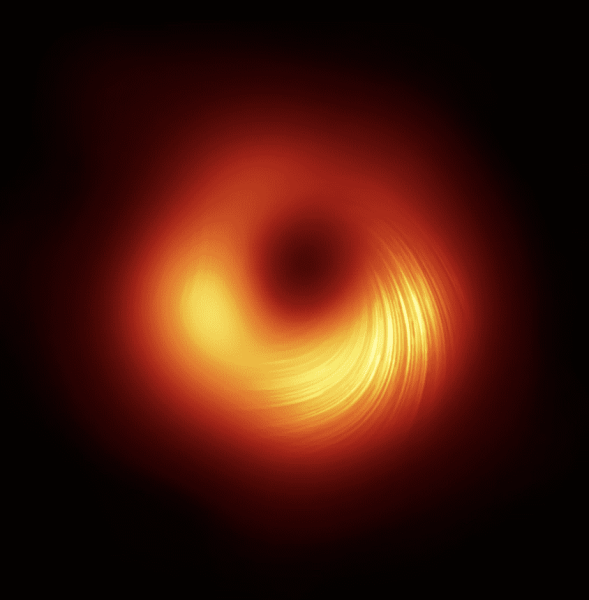 Back in 2019, the internet and the world at large were rocked by a single image of a phenomenon that had never been captured before: an infamous black hole. Although the picture was quite blurry, showing only a golden loop around a black void surrounded by infinite blackness, spectators were thrilled at the scientific and artistic leap. Now, in 2021, we’ve been graced with an even more sophisticated image. Recently, the Event Horizon Telescope collaboration published a much more detailed photograph of the Messier 87 black hole which shows ridged magnetic fields swirling around the void itself.

Artistically, this much more detailed photo is triumphant; rather than a blurry golden mass, this new image shows the spiraling whorls of gas that represent energy from the surrounding universe being pumped into the black hole and back out into space. Another thing that’s so delightful about these photographic reveals is how dramatic scientists can be. “We have seen the gates of hell at the end of space and time,” astrophysicist Heino Falcke said at a press conference about the original photo in 2019. “What you’re looking at is a ring of fire created by the deformation of space-time. Light goes around, and looks like a circle.”

Daniel Holz, an astrophysicist at the University of Chicago, explained further to the New York Times what exactly is going on in the 2021 photograph of the black hole. “These relativistic jets are some of the most extreme phenomena in nature, combining gravity and hot gas and magnetic fields to produce a beam which crosses an entire galaxy,” Holz said. “It is exciting that E.H.T. is helping us learn more about what is going on at the heart of these relativistic jets which originate very near the ‘surface’ of a black hole.” 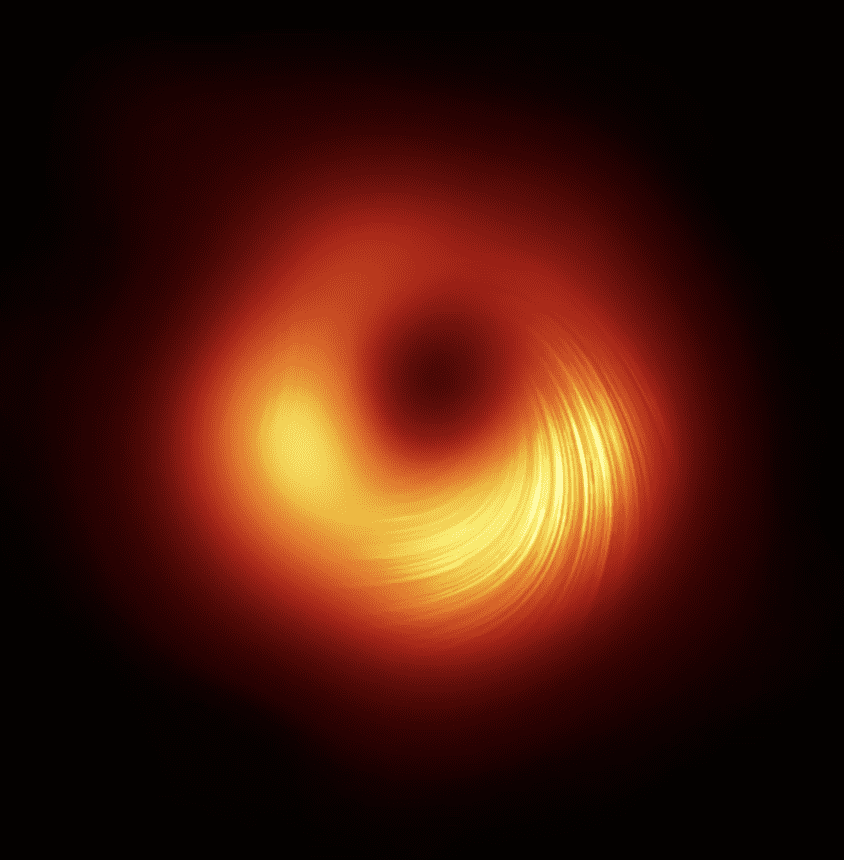