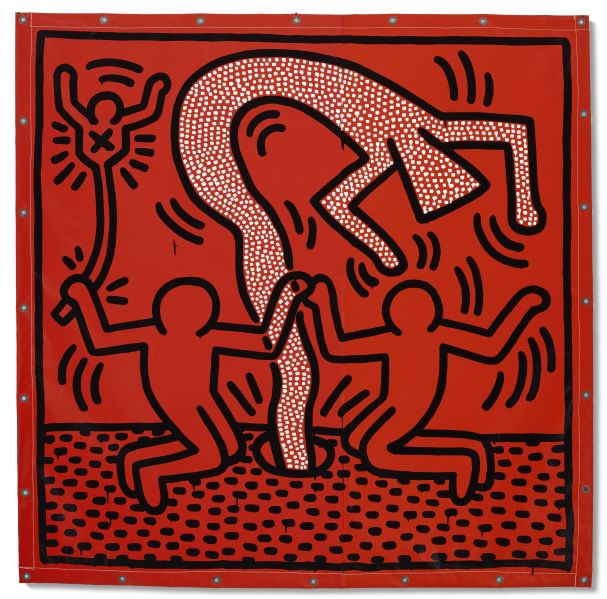 When considering which downtown New York City art figures defined the city’s scene most thoroughly, it’s inevitable that you’d turn to Keith Haring as one of our main cultural bastions. On March 9th, Christie’s is launching its thrilling “Post-War to Present” auction, which is offering a number of works by contemporary artists that are sure to turn your head, including Andy Warhol, Alexander Calder and George Condo. Nevertheless, it’s apparent that the most highly-estimated item, a mysterious dancing portrait by Haring, is absolutely the star of the show.

Estimated to sell for between $2,500,000 and $3,000,000, the painting, which includes Haring’s typically virtuosic, polka-dot inflected visual language, was made on a tarpaulin, the artist’s material of choice. Haring liked working with tarpaulins because of their often massive dimensions, which gave him ample room to execute his elaborate visions of joyful dancing and mysterious conjuring. Here, his central figure emerges out of the floor as though being conjured, like a genie.

For auction houses, everything that Haring touches tends to do a roaring trade. In November of 2019, a Haring mural that was literally carved out of a wall and sold at Bonhams for $3.86 million, and Haring’s own personal art collection was also sold at Sotheby’s, a sale which showcased the artist’s remarkable personal taste.

At the end of the day, however, the value of Haring’s work was in the pure instinct of his technique, which Roy Lichtenstein describes in a quote provided by Christie’s from J. Gruen’s 1991 book Keith Haring. The Authorized Biography. “Keith composes in an amazing way,” Lichtenstein raved. “I mean, it’s as if he dashes the painting off—which he does in a way—but it takes enormous skill to make works that become whole paintings. They’re not just arbitrary writings. He really has a terrific eye! And he doesn’t go back and correct—this is in itself amazing—and his compositions are of a very high level.” 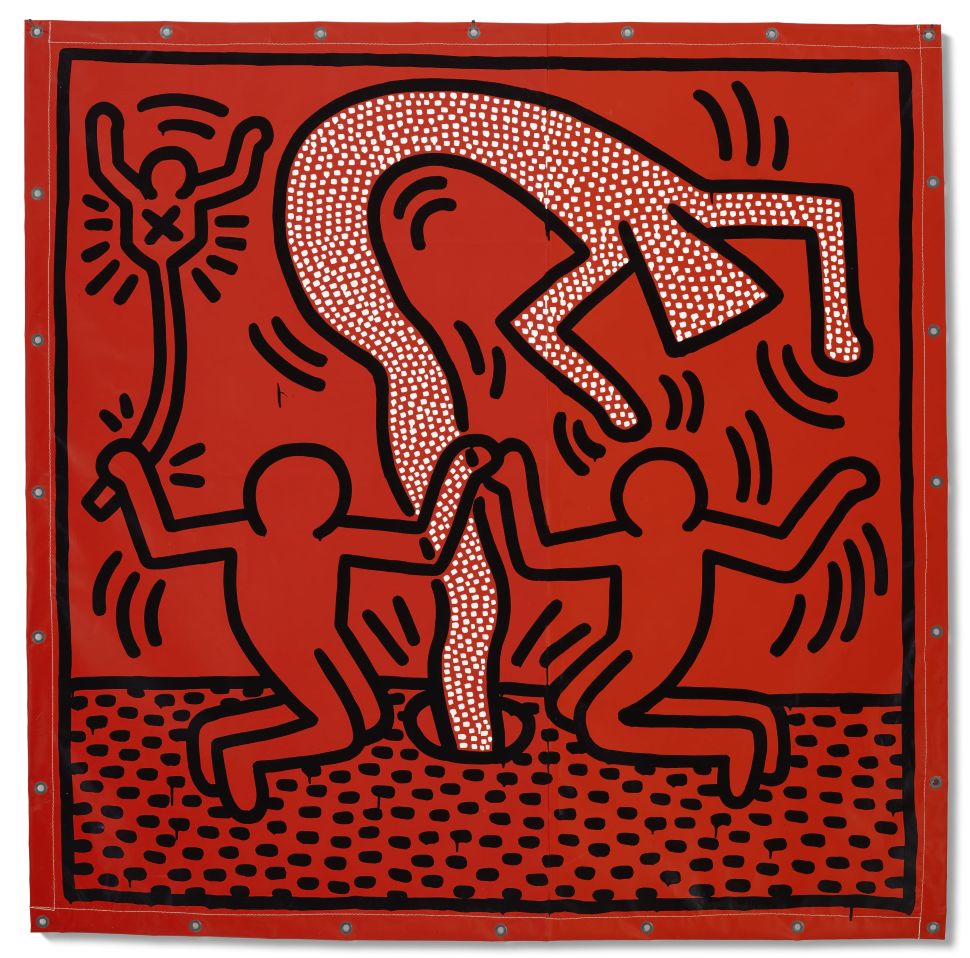