On February 26th, cryptoartist Max Osiris wrote “low effort ‘NFT’” on his desk in pencil. He took a photo of his scribbling and uploaded it to Foundation, an exclusive, invite-only platform to share digital art. Less than twelve hours later, low effort “NFT” sold for 1 Ethereum, a form of cryptocurrency that’s worth about $1,600 at the time of writing.

Erik Martin, another NFT artist who works under the name Emta, posted a screenshot of the art piece, emphasizing how much it sold for. They wrote, “that’s it i give up. this is the most demoralizing thing ever.” Their tweet went viral in the NFT art community, which only drew more attention to Osiris’ work.

NFT (nonfungible token) artworks are just photos, animations, and videos, but when they’re uploaded through blockchain technology, they can be “minted” as authentic, and the creator can choose how many authentic editions of the artwork to produce. So, even though Osiris can theoretically copy/paste his low effort “NFT” all across the internet, or email a .JPG to anyone he wishes, the one artwork that sold for $1,600 is the only “real” one.

It makes sense that artists like Emta would feel frustrated to see an established cryptoartist make a significant chunk of money off of something that took just a few minutes to make. But this incident raises the same questions that artists have been asking for ages: how do we determine an artwork’s monetary value? What makes an artwork good? Is a piece of art inherently better if it takes more time to create – for example, a large-scale, intricately painted mural versus a photograph? NFTs are novel to the art world, but the conversations they’ve inspired are nothing new.

When I saw the low effort “NFT” sell for more than my monthly rent, I immediately thought of Marcel Duchamp’s famously controversial Fountain (1917), a “readymade” sculpture. To produce Fountain, Duchamp simply found an old urinal, flipped it upside down, and signed it with the alias “R. Mutt.” Even the colors of low effort “NFT” and the choice to handwrite the text are reminiscent of Fountain – in a genre of art that’s expressly digital, any choice to revert to analog means of communication is noteworthy.

“Different people react to [low effort “NFT”] differently. Some hated it, some people think it’s great, it’s clever,” said Osiris. “That conversation to me is really what’s the art of it.”

This language echoes that of the Dada movement – the art itself is absurd, and the reactions and conversations it elicits are what creates its value. Duchamp’s Fountain is a masterpiece of the Dada movement, which developed in response to World War I. In the face of something as incomprehensible as this global, man-made horror, European artists like Duchamp rejected the supposed capitalist logic that caused 10 million people to die at war, pivoting to this new form of absurdist art, revelling in its shock value. The world was upside down, and so was Duchamp’s Fountain.

In a lot of ways, the world remains upside down, and the way we are interacting with art is upside down, too. Could anyone have predicted during this time last year that we would still be embroiled in a deadly pandemic with millions of people dead, yet at the same time, an NFT of Nyan Cat would sell for $600,000?

The idea of minting a digital file using cryptocurrency is so abstract that it can be hard to understand why one .GIF of Nyan Cat is worth $600,000, yet if you search “Nyan Cat” on YouTube, you can watch the .GIF play over and over for ten hours straight. Like anyone who was assigned to read German  Walter Benjamin’s most famous essay multiple times in college, I can’t look at NFTs without thinking about “The Work of Art in the Age of Mechanical Reproduction.”

Benjamin explains that original works of art have an “aura” – think about the difference between seeing the Mona Lisa at the Louvre, as opposed to seeing a postcard with a print of Mona Lisa on it. But when Benjamin wrote this seminal essay in 1935, photography and filmmaking were becoming more accessible mediums. With new technology, photographs could be easily reproduced, reprinted over and over. There is only one Mona Lisa painting, and its scarcity lends it value; but if millions of carbon copies of Mona Lisa existed, and they were all indistinguishable from the original, the aura – and the capitalistic value – would fade.

Before he was a cryptoartist, Osiris was a painter. “Having a 24/7, global decentralized audience that’s glued to their screens changes everything,” he said to Observer. “I think a lot of people are trying to figure out this whole NFT-as-art thing, but it’s difficult, because nothing like this has ever existed before.”

He is right in the sense that the “aura” of art has never been so arbitrary – if you were to visit a physical gallery and see the NFT of Nyan Cat playing on a monitor, it wouldn’t look any different than if you were looking at the GIF at home on your laptop screen. So, the “aura” of NFTs are more like bragging rights, proof that you own the “real” thing.

Duchamp posed similar questions when he produced L.H.O.O.Q. (1919), which is, well, a postcard of Mona Lisa with a mustache drawn on it. The whimsy and irreverence of this work – as well as the conceptual, appropriation art that would follow over the next century – feels like a clear precursor to current NFT creations. Robness, whom Osiris describes as his “compatriot,” boasts in his Twitter bio that he created “the most controversial NFT in the world”: 64 GALLON TOTER, an animation of a trash can aestheticized with a dot pattern. When he posted the .GIF on SuperRare, an online gallery, it was taken down for appropriating an image from Home Depot’s website. The CEO of SuperRare, John Crain, told Cointelegraph that “everything in the marketplace is original & created by the artist,” so Robness’ appropriation art destabilized the artistic, capitalistic ecosystem. It’s almost frustratingly reminiscent of how Duchamp’s Fountain was removed from view at an art show in 1917 because it wasn’t considered real art.

I don’t like the idea of an art world where tech CEOs and venture capitalists force us to rehash these same conversations about “what is art” that we’ve been having ad nauseum ever since Duchamp made a really good potty joke 104 years ago. Still, it’s not as though the non-crypto art world isn’t also funded by art investors with deep pockets and a hunger for social status. It’s no wonder that crypto artists like Max Osiris and Robness are poking fun and testing the boundaries of the whole thing altogether.

“Another piece of it that I think people aren’t willing to acknowledge is that jealousy drives so much of it, especially large money amounts,” Osiris said. The reactions to low effort NFT aren’t too far off from the experience of walking past a Jackson Pollock painting at the Museum of Modern Art and hearing someone say, “My kid could do that!” But for a long time, artists simply haven’t been concerned with drawing the most life-like portraits, or photographing the most beautiful sunsets.

The absurdity of Dada was a reaction to the frustration of how World War I made everything, even the foundations of art-making, seem so fragile. Now, trash cans and “low effort” NFTs feel like the only logical response to the extremely capitalistic nature of this new, borderline-dystopian genre of art.

A few days after we talk on the phone, Max Osiris tells me that he ended up buying Emta’s tweet for 0.5 Ethereum, half of what low effort “NFT” sold for.

Maybe this is how NFTs can push our centuries-old conversations about artistic value forward. When artists can communicate so easily, and money can be exchanged so quickly, maybe the cliche that “the conversation is part of the artwork” can be taken more literally. If Emta’s response was really such a vital part of the low effort “NFT”, then it’s nice to see them get compensated for it.

Since his interview with Observer, Max Osiris has been banned from Foundation App – the exclusive, invite-only marketplace for NFT art – for selling a coveted invite to the platform. According to a screenshot Osiris posted from the official Foundation Discord server, his profile is currently “under review,” and as a result, he’s unable to post new art, or claim the artworks that he purchased on their platform. It’s a clever joke for Osiris to challenge the exclusivity of this app by offering an invitation to the highest bidder, but this incident shows the pitfalls of one marketplace holding so much power. On Foundation, artists can offer invites to other artists whose work they enjoy, which offers a more decentralized, democratic way for artists to have their work seen than, for example, an established, white-walled gallery in Chelsea. Still, this incident with Osiris shows that at the end of the day, the platform still holds the power. 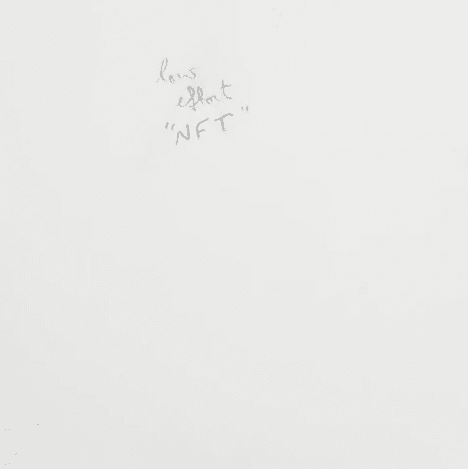