The art world, for obvious reasons, tends to annoy a lot of people. The dizzying network of baffling sticker prices and fairs is notorious for its ever-escalating investments into high-priced digital commodities, and recently, the auction circuit has recaptured the attention of the general public with the meteoric rise of NFTs, or non-fungible tokens.

What are they? One-of-a-kind or limited-edition digital items connected to the Ethereum blockchain which, by containing an artist’s signature, connote authenticity and subsequent proof of ownership for a potential buyer.

If you’re listening to rabidly enthusiastic tech moguls or entrepreneurial celebrities, NFTs are the wave of the future; ingenious artistic delivery systems akin to tradeable baseball cards that may soon be as ubiquitous as the MP3.

However, just because a select few people are getting rich off of this exploding trend doesn’t mean every artist or individual has the chance to, or that this form of digital artwork is guaranteed to capture the imagination of the mainstream. For the moment, NFTs are in their incubation stage, but that incubation stage has been undeniably triumphant.

Last December, the artist Mike Winkelmann, who goes by the better-known name Beeple, broke a record for the most valuable artwork auctioned off on the blockchain-based platform Nifty Gateway when 20 of his NFT works were sold for over $3.5 million. Beeple’s aesthetic is broadly crowd-pleasing; his imagery references Star Wars, cartoons and abstract futurism, and in the months that followed, Winkelmann has only continued to rake in ever-escalating profits.

Christie’s, recognizing the potential, quickly put together an auction for Beeple’s “Everydays – The First 5000 Days.” The piece sold today at a resounding $69,346,250.

“NFTs I’m quite new to, actually,” Winkelmann told Observer on Tuesday. “I really only came to the NFT space four and a half months ago in mid-October, but I’ve been creating digital art for a very long time. The NFTs are really just a way to sell the artwork that I’d already been making, and I’d also built up a following in the digital art space well before that.”

Beeple is certainly the biggest name in NFTs so far, but he’s far from the only headline-maker: in February, a “remastered” NFT version of the infamous Nyan cat GIF sold for $551,541 on the platform Foundation, and the musician Grimes recently sent tongues wagging when 10 of her NFT pieces sold for around $6 million.

“I do think there is somewhat of a bubble, to be quite honest,” Winkelmann continued. “It’s something that I was actually fairly worried about for a while, and now I’m not worried about it at all. I really compare this to the early days of the Internet, because I think this technology is such a blank slate, I look at it kind of like a webpage. You could use a webpage for a billion different things, and we’re still figuring out new uses for them. And NFTs are so simple; it’s literally just proving ownership of something on the Internet. I think that has a huge amount of uses that we have barely scratched the surface of.”

Justin Ouellette, a Portland, Oregon-based designer interested in innovative forms of 3D and digital art, launched an NFT collection in February. On Twitter, Ouellette has spoken transparently about his belief in the potential of NFTs while clarifying that artists should be reasonably skeptical about the risks involved.

“I think that any artist who is curious about it should learn more,” Ouellette told Observer. “Just being curious about it is really all that it takes, but it’s still a very unproven technology, it’s an unproven landscape.” Transforming digital artwork into NFTs, Ouellette said, is “definitely a complex process and there’s a few different steps and it requires being a little bit technically inclined or having the help of someone who is.”

It may also be the case that artists without massive, pre-established follower counts in the millions like the one Beeple has should tread carefully before investing too much into the idea that NFTs could be the ticket to instant profitability. Singer-songwriter Zola Jesus first found out about NFTs in 2020.

“Initially, I was excited to discover a new means for independent artists to find support for their work,” she told Observer on Tuesday. “Musicians are out of work during the pandemic, small venues are closing at an exponential rate, and streaming has disintegrated the rest of the income we used to depend on in order to survive.”

In comparison, NFTs seemed like a miracle fix; a means of production that cuts out the middleman and allows struggling artists to generate sustainable income. However, Zola Jesus found that her disillusionment came thick and fast.

“Buyers are treating these NFTs as investments, which means they’re incentivized to buy art at a low price and sell it high, maximizing the buyer’s profits at the cost of minimizing the artist’s,” she continued. “The NFT market is mirroring all the worst tendencies of the art-world market: focusing on hype, financializing the relationship between artist and fan, and prioritizing speculation over support.”

And then there’s the environmental issue. Critics of NFTs have wasted no time pointing out that the practice of minting artwork on the blockchain requires an enormous amount of energy, and allegations have emerged that increased use of the Ethereum network due to NFT exchanges increases carbon emissions.

“The way that NFTs are being done now is changing very fast, and I think that the environmental critique is driving some of that, which is important,” Ouellette countered. “But one of the cool things about crypto is that we actually do have some insight into where that energy is going, versus some of these other things like big data centers for Facebook, Netflix, et cetera. We don’t know how much energy they use, but it’s certainly a lot.”

Plus, despite rapturous claims from industry leaders regarding the ironclad integrity of NFTs, it’s certainly not the case that all the bugs have been ironed out; the technology is too new. “I’ve seen people minting some cool stuff, but I’ve also already seen problems with having no actual proof of authenticity, people minting other people’s work or even people’s tweets,” Sophie Helf, a front end web developer and writer, told Observer. “There seems to be little to no legal recourse for when intellectual property things go awry, which could obviously make things really difficult for people.”

Eloisa Marchesoni, an ICO, IEO, and STO advisor and co-founder of Blackchain International, added that the possibility of NFTs being readily adopted by the masses had likely been overstated. “There’s just a lot of misinformation,” Marchesoni told Observer. “If you’re someone that’s not already known to the audience, it’s also hard to get yourself up there with an NFT crypto artwork because there’s going to be a very, very restricted amount of people that understand.”

To Marchesoni, in fact, NFTs at present have an almost underground quality. “The real game is on the really weird stuff that so-called crypto punks are making up right now,” she said. “They’re using the de-fi, the decentralized finance and NFT trends to get themselves out there with these new stories, but now they’re just ending up being very similar to what’s happening with Wall Street Bets and the traditional market. We’re seeing some really weird speculation going on.”

Ultimately, Marchesoni said, NFTs could be partially characterized as just another means for the rich to get richer during a time when many traditional avenues have been cut off. “I’m living in Trump Tower and I’m surrounded by these people; they’re actually glad that the coronavirus is around,” Marchesoni informed Observer.  “We have to open our eyes up to this reality where the coronavirus is just the excuse for a lot of people to keep everyone under control, and freeze the markets so they can have a playground for their pump and dump actions. In the end, everyone likes accumulating a lot of money and that’s what they’re doing.”

Despite the bleakness of the capitalist implications of NFTs, one of the most objectively ingenious ideas to come out of the NFT explosion thus far has been NBA Top Shot, an officially-licensed NBA application that allows buyers to purchase NFT versions of iconic game moments: in January, a LeBron James play sold for $71,455, and a Zion Williamson moment went for $100,000 just two days after that. 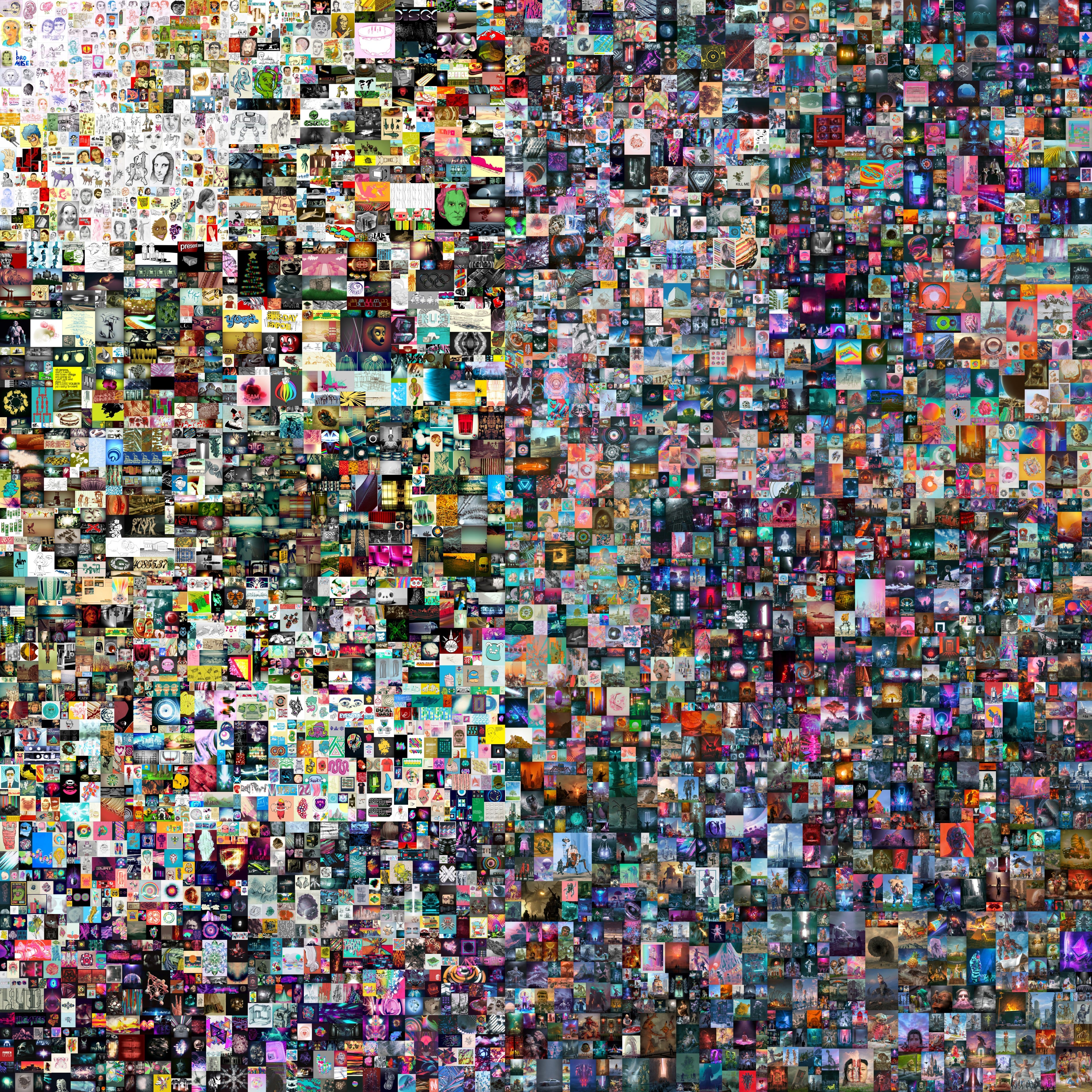 What this indicates is that passionate enthusiasts are willing to shell out huge sums for the right to claim ownership of intangible assets that, to them, are hugely emotionally significant.

Once Covid-19 restrictions are lifted and live events of all kinds are once again able to be attended safely, some experts believe that the multitudinous uses for NFTs will reveal themselves more or less organically.

“For me, I see them as a new merch category,” Rick Heffernan, the Head of Business Development at Utopia Genesis, a blockchain-powered music data platform, told Observer. “In the past you would have bought t-shirts or the book or the poster, but now you’re buying the NFT. DSPs and streaming services, they’re not worth a shit, that’s not news to anybody. But if you can create your art, your music, and release it as a NFT package or a bundle, then this is a brand new revenue stream.”

If there’s any certainty to be found, it’s the fact that there’s no predicting which phenomenon will permeate the membrane of general consciousness until it does. “Prior to this, I’ve actually never really given that much thought to the art world,” Winkelmann said. “It was something that was not part of being a digital artist; you know, auctions and collections and sales like this. You made your money doing freelance things with clients, and there was no technology to make money otherwise. That’s changed quite rapidly.”