The carnage starts slowly for Bob Odenkirk’s Hutch Mansell in Nobody.

When his home is invaded by crooks early on, he opts against smashing one of the intruders’ heads in with a golf club. Later on, he confronts and badly roughs up some Russian bad guys menacing a young woman on a city bus, but only sends them to intensive care, not the morgue. (“I hope these assholes like hospital food,” he thinks to himself before the slugfest commences.)

Things start to heat up near the 40-minute mark, when Hutch takes out five or six guys in the suburban home he shares with his family, and then three more in a car accident he causes while being taken hostage. After the Russian mafia descends upon the factory where he works as an accountant, he offs another 36 or so more with various guns and booby traps.

His brother Harry (RZA) and father Davey (Christopher Lloyd), both ex government operatives, eventually join in, adding about a dozen more kills apiece. By the time the glass and shrapnel has safely settled, the full death tally sits somewhere in the mid to high 60s.

Backed by ironic soundtrack choices like Steve and Eydie singing “I’ve Gotta Be Me” or generic action movie soundtrack music that would fit the programmers Chuck Norris made for producers Golan and Globus back in the 1980s, all this slaughter goes down pretty easily, if somewhat unremarkably.

That could be because nearly all of the victims are nameless Russian thugs who exist primarily to die in movies like this. Or perhaps because we have just become increasingly accustomed to this kind of moderately stylish, guy-against-the-world body count thriller invading our media lives every late winter and early spring, like crocuses.

The shock here—especially for Gen-Xers who still tend to associate him with the West Coast alternative comedy scene of the mid ’90s—is that the guy in question is Bob Odenkirk. The four-time Emmy nominee for his portrayal of Jimmy McGill on Better Call Saul also serves as producer; he developed the concept for the film after he and his family were victims of a home robbery. Producers took the idea to Derek Kolstad, the writer of the John Wick films, and brought on director Ilya Naishuller, the Russian filmmaker and musician behind 2015’s Hardcore Henry.

The filmmakers’ attempts to play around with the concept of the unlikely action hero are only moderately successful.

There is a sturdy workmanlike quality to the way Odenkirk approaches the part, as if breaking a guy’s arm or crafting a homemade hand grenade was no different than patching up some dry wall in the basement. But there is little verve or comic spark to his portrayal; the character is written so flatly that he is unable to find the kind of rage and brightness he mines in the not dissimilar character he plays on television.

The filmmakers’ attempts to play around with the concept of the unlikely action hero are only moderately successful. They set Hutch up as almost comically un-masculine—the kind of figure that polite company calls a “pushover” and a particularly toxic brand of internet reply guys would label a “cuck” or “beta.” (The movie—which includes a moment when Hutch yells, “Give me the goddamn kitty cat bracelet, motherfucker!”—seems designed to be chopped up into memes.)

He is humiliated by a brother-in-law who offers him a gun for self-protection by pointing it right at his face, a neighbor who drives a muscle car while Hutch takes the bus, and even his wife, played by Connie Nielsen (Zack Snyder’s Justice League). When Hutch does pull-ups as part of his morning workout, it is front of a giant poster of his wife, though what she does, or anything else about her, is neither clear nor of any interest to the filmmakers.

There is something unseemly and disturbing about how Kolstad and Naishuller try to have it both ways, propping up Hutch as both a figure of repressed middle-class rage in the manner of Michael Douglas in 1993’s Falling Down, and also a trained operative whose skills are reawakened when his family is put in peril, à la Liam Neeson in the Taken films.

This duality might have worked if Kolstad had written the character with some depth. As presented, Hutch, not unlike the preening, lounge-singing big bad guy Yulian (Alexey Serebryakov) he is matched up against, is more of a symbol than an actual person.

In that way, Odenkirk’s self-proclaimed nobody is afforded little more shading than the 60-plus nobodies that he and his family lay waste to over the course of the proceedings. Essentially, he is just another target for practice, only this one is lucky enough to survive the experience.

Nobody premieres in theaters March 26. 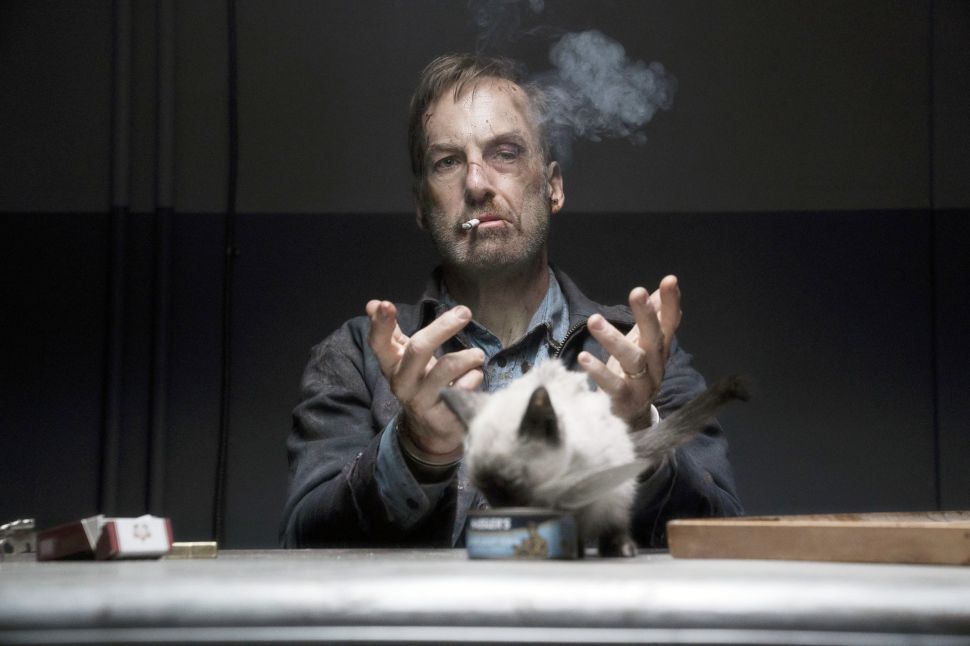