It feels strange to divert so much of our collective attention and energy into the Oscars after what has undoubtedly been the weirdest year in entertainment in our lifetimes. Movie theaters have largely been closed for much of the past 12 months, streaming services are now the primary vehicle of entertainment monoculture, and no one is remotely sure what the theatrical film industry will look like moving forward. But this is Hollywood, and the show must go on!

As always, the Academy likes to throw out a few curveballs like an aging pitcher hoping to fool whoever is up at the plate. So let’s sift through the 2021 Oscar nominations and identify the year’s snubs and surprises.

Is Regina King quietly becoming the GOAT of her generation? Since 2015, she has taken home four Emmys (nominated for five), one Golden Globe (nominated for four), and one Academy Award for her on-screen work. That’s one helluva run. Many prognosticators, including yours truly, thought she’d add another Oscar nomination for her feature directorial debut this year in Amazon’s One Night in Miami. The powerful stage play adaptation explores the various, sometimes conflicting, philosophies of the Civil Rights movement through the eyes of nascent Black icons Cassius Clay, Malcolm X, Jim Brown, and Sam Cooke.

Yet King was not only left out among the five directorial nominees, but One Night in Miami wasn’t even nominated for Best Picture. That’s a tough break for such a strong debut and an unexpected gut-punch to one of the finer films of this awards season. This is why we can’t have nice things.

King didn’t land a Best Director nomination nor did Aaron Sorkin for The Trial of the Chicago 7 (which is much more understandable). Instead, Thomas Vinterberg came out of nowhere to claim that last spot for his work with Mads Mikkelsen on Another Round. The comedic drama is something of an underrated darling this awards season, but no one expected Vinterberg to work his way into the Best Director race. The Academy likes to keep us on our toes.

No, this isn’t a snub in the traditional sense. It’s not an egregious affront to awards bodies everywhere, nor is it remotely reflective of the current crop of candidates. There isn’t a single name in this year’s Best Actress race that isn’t deserving, and all were expected to land nominations.

We’re just saying that if there was some way another name could be squeezed into the Best Actress category, it would have to be Zendaya’s. Say what you want about the controversial Malcolm & Marie (we certainly have), but there’s no denying that the young actress is an absolute supernova of rare talent and conviction. Her career is a bright one and she’ll become a staple in annual Oscars talk in no time.

It’s not that Lakeith Stanfield doesn’t turn in a strong performance (he does) in Judas and the Black Messiah. But Warner Bros. submitted him as a supporting actor while pushing co-star Daniel Kaluuya in the same category (winning at the Golden Globes) all awards season as well. How can both stars of the same movie be supporting? Hmm.

Kaluuya has also been dominating this category all awards season and is considered a strong favorite heading into the Academy Awards. So we have two performances from the same film nominated in the same category in which the winner has all but been decided. Just some wonky category fraud for a race that’s already pretty much sewn up.

Delroy Lindo missed out on every major award this season for his tour-de-force performance in Spike Lee’s Da 5 Bloods. We don’t know what everyone else has been watching this past year, but we’d be hard pressed to find five other performances better than his in both the Best Actor and Best Supporting Actor categories.

What more do you want from a performer in a single film? His character is a Black Trump supporter with both a provincial perspective of the world and an occasionally open heart. He’s a father who loves his son but can’t help but to inflict pain upon him. He’s a soldier still suffering from PTSD, grief, and trauma and yet a fiercely strong man capable of lashing out with fury and vitriol. Lindo is asked to do everything in this movie as an actor accessing all ranges of emotions and viewpoints and he has been disrespected at every turn by the major awards bodies. What a shame. 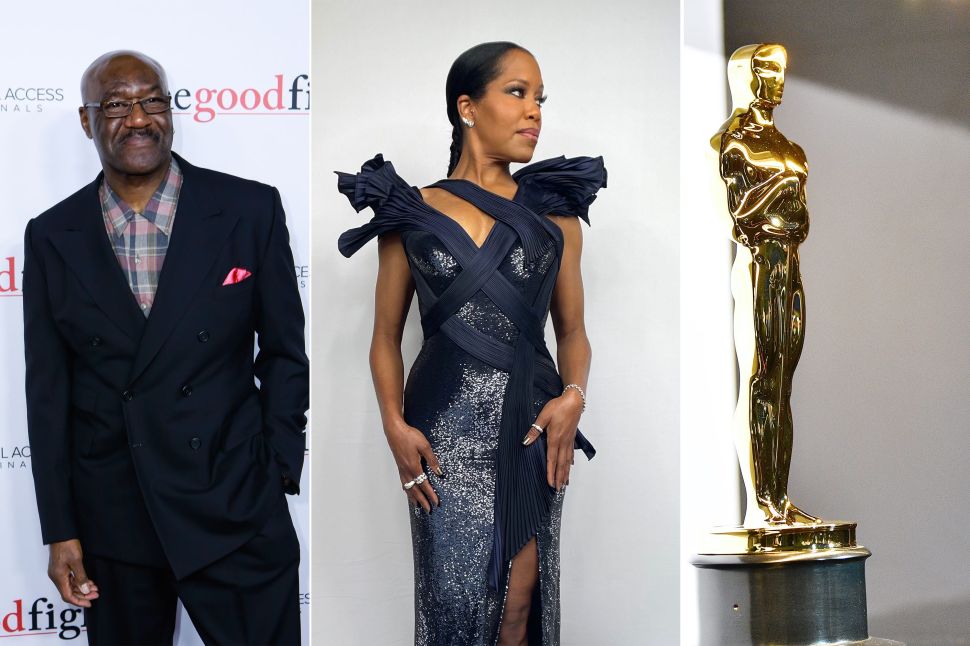