The streaming wars are no different than a chaotic game of Mario Party in which extenuating circumstances completely outside of one’s control can be the difference between victory and failure. The coronavirus pandemic forced a worldwide production shutdown, delaying the arrival of new programming for WarnerMedia’s HBO Max ahead of its May launch last year. COVID-19 also resulted in the delay of the 2020 Tokyo Olympics, which was meant to be a major selling point for NBCUniversal’s Peacock last summer. Launching without premiere exclusive original content served as a blow to both fledgling streaming services akin to when a cheating Wario steals your coins in Mario Party. (Still working through some repressed video game aggression, just bear with me.)

Given the tumultuous examples set by both, and the decade of streaming strengths and flaws to study, it’s a bit curious that Paramount+ does not seem to have learned from prior stumbles. 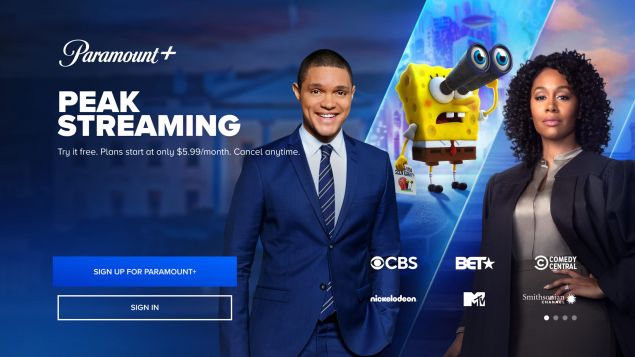 CBS All Access has been up and running for six years and only accrued an estimated 10 million subscribers. Maintaining the status quo clearly wasn’t going to lead to the necessary scale required to turn ViacomCBS into a streaming powerhouse in order to appease Wall Street. The company intends for Paramount+ to compete with Netflix, Disney+, and Amazon Prime Video, yet it launched March 4 without any prime time exclusive originals to serve as an attractive foundation for new customers outside of the new animated SpongeBob movie.

Paramount Pictures spent last year selling off the majority of its theatrical slate, including Eddie Murphy’s Coming 2 America. The film debuted on Prime Video the same weekend Paramount+ launched and became the most-watched SVOD film of the weekend, according to both Reelgood and WhipMedia’s TV Time. (Amazon acquired the film for a reported $125 million). ViacomCBS also licensed cable’s biggest hit, Yellowstone, exclusively to Peacock. And Oprah Winfrey’s bombshell CBS interview with Prince Harry and Meghan Markle is not available to stream anywhere on Paramount+.

“Absolutely Paramount should have kept Coming 2 America as a launch film,” Jeff Bock, Senior Box Office Analyst at Exhibitor Relations, told Observer. “It would have likely done wonders in terms of awareness. The uphill climb is going to be rough for Paramount+, as they have a treacherous path ahead of them, with no significant must-see launches for quite some time.”

Again, extenuating circumstances must be taken into account. ViacomCBS streaming head Tom Ryan recently suggested the Yellowstone deal was made before the Viacom-CBS merger while Winfrey’s production company Harpo did not make her interview’s streaming video on-demand rights available to ViacomCBS, per The Verge. Yet exceptions and alterations can be made in the fluid digital era, such as when WarnerMedia renegotiated a prior distribution deal with NBCU in order to house the Harry Potter franchise on HBO Max for its first three months after launch. Failing to do so is a missed opportunity.

Paramount+ boasts more than 30,000 episodes of television and 2,500 movies (though notably not the original Coming to America). Yet as we saw with HBO Max and Peacock, library content isn’t enough for new adopters. COVID-19 forced HBO Max to launch with just six originals, but audience demand for this slate fell far below that of Disney+ and Apple TV+ originals, per data firm Parrot Analytics. While Max has enjoyed incremental growth (and we’re bullish on the service long-term) it has not grown fast enough to elicit Wall Street’s love. Similarly, Peacock is not as competitive as NBCU would like it to be.

WarnerMedia responded to its slow start with the polarizing decision to debut its entire 2021 theatrical slate day-and-date on HBO Max and in theaters, delivering highly-anticipated films to the streamer in lieu of must-see series. It’s a way for HBO Max to bolster both theatrical and streaming, Bock argues, while keeping them on the pop culture tip and competing with Disney+ and Netflix. In a time of crisis for the entertainment sector, the move provided HBO Max with both product and promotion. Rivals have instead straddled the line between traditional and direct-to-consumer business.

“Paramount+ and Peacock will keep struggling the longer the pandemic rages on as they haven’t reacted with any bold strokes,” Bock said. “Rather, they’re still playing the wait-and-see game.”

Paramount+ will deliver 36 new exclusive originals in 2021 and the future is bright for the animated Avatar franchise which has enjoyed a second-life as a streaming hit on Netflix. Big home run swings such as the oft-delayed live-action HALO series and a star-studded film about the making of The Godfather have the opportunity to change the conversation. But they also may contribute to cementing Paramount+ in a dangerous economic middle-ground. 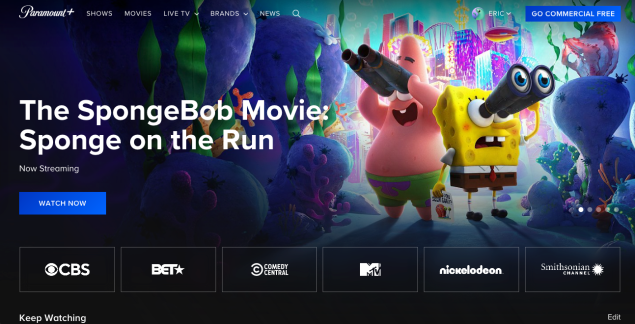 The future for Paramount+

“A streaming service is like sushi with fish and rice,” he said. “The fish is Stranger Things, The Mandalorian, The Handamaid’s Tale and the rice is all the stuff we watch after we’re done with the fish—South Park, The Big Bang Theory, The Office. That’s pretty much what Paramount+ has done—all rice with no fish and consumers don’t want that. Something big like Coming 2 America would have been the perfect piece of fish for their sushi and it just makes no sense that it isn’t there.”

“This is not really a new streaming service. It’s CBS All Access rebranded.”

This begs the question: If Paramount+ was already going to be the last major entrant in the streaming wars, why not delay the launch until a premiere original was ready to anchor the service? Why not keep Coming 2 America despite the lucrative licensing revenue? Rerouting upcoming blockbusters such as A Quiet Place Part II and Mission: Impossible 7 to Paramount+ after 30 days in theaters helps, but isn’t as bold of a statement maker as HBO Max or Disney+’s day-and-date strategies thus far.

“You have to get into the market quickly and it’s okay to get into the market and fail for awhile,” Offenberg said. “Launching a new streaming service and having time to work out all the bugs is helpful. But this is not really a new streaming service. It’s CBS All Access rebranded. Anyone else can take their time to find their footing. But ViacomCBS got to cheat on the test by seeing what everyone else did first and learn from those mistakes, but they didn’t.”

Paramount+ boasts an impressive collection of kids content and a valuable commitment to live sports and news coverage. But detractors who are bearish on the service view it more as a bet-hedging temporary bandaid than as an aggressive long-term push to prioritize direct-to-consumer business above all else at ViacomCBS.

Offenberg sees the platform as a way to pacify Wall Street as stock investors expect ViacomCBS to have a generalist streaming service that appeals to the masses. In the world of streaming, you can be extremely successful as a generalist service like Netflix or Disney+ or as a specialist service like Starz. The place you never want to find yourself, however, is caught in between and that is where Paramount+ currently finds itself. They don’t yet have the premiere content nor the price point to put themselves on par with rival generalist platforms. They don’t have enough of a specific focus to be a specialist as a self-described “mountain of entertainment.” That doesn’t mean the company can’t innovate and adapt, but as currently constructed, it’s difficult to see Paramount+ thriving. But perhaps that isn’t ViacomCBS’ primary goal long-term.

“My hypothesis is that they’re just trying to position themselves to be sold,” Offenberg said. “If you’re serious about becoming an SVOD force, then allowing Showtime, BET+ and Noggin to continue as separate services doesn’t make a lot of sense. What they’re doing feels to me like an attempt to keep legally separate entities and make the transaction to negotiation, process, and close much easier for a future sale.”

Movie Math is an armchair analysis of Hollywood’s strategies for big new releases and products. 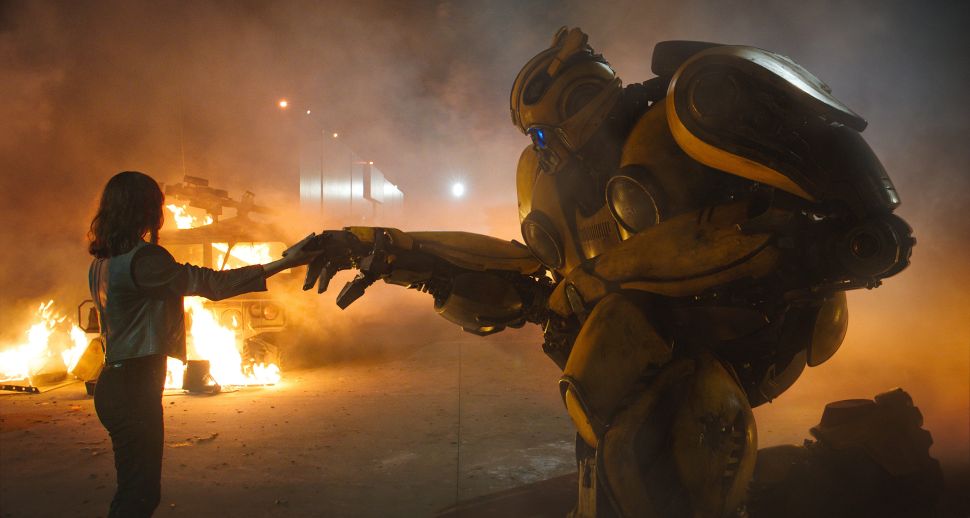