Horseback riding is one of the royals’ favorite pastimes. Queen Elizabeth is a longtime accomplished equestrian, and her family has followed in her footsteps, including her great-grandchildren.

Prince George, Princess Charlotte and Prince Louis, who have spent much of the past year at the Cambridges’ Norfolk country home, have all been working on their riding skills, and the two eldest Cambridge children have become “avid riders” as of late, reports the Sunday Times, as they’ve been able to get in so much practice while living at Anmer Hall during lockdown.

Prince William and Kate Middleton’s children showed an interest in horses from a rather early age; Prince George reportedly took his first ride at the age of two, when he was taken around a paddock on a Shetland pony, and was already taking riding lessons on his godmother Zara Tindall’s Shetland pony by four.

Princess Charlotte showed her horse girl tendencies at a young age, too, as when she was just one and a half, Kate told Paralympic equestrian Natasha Baker about her daughter’s adoration of all things pony-related, and that Charlotte was really loving riding so far.

Prince William and Kate’s children have apparently wanted their own ponies for a while, and the Duke and Duchess of Cambridge agreed to get George, Charlotte and Louis their own horses as long as they had a “hands-on approach,” including helping out with grooming mucking-out, per the Times.

The new ponies have reportedly helped the little Cambridges with the grief they experienced after the loss of their beloved English Cocker Spaniel, Lupo, last year.

Queen Elizabeth, who was given her first pony as a fourth birthday present from her grandfather, is still a frequent rider, and has been spotted riding her beloved horses during lockdown at Windsor Castle. She’s keeping updated on her great-grandchildren’s riding progress, and all three of Prince William and Duchess Kate’s kids are expected to join the monarch for rides at Windsor and Balmoral once lockdown allows.

While Prince William is an avid and skilled rider, Kate’s less partial to the hobby, reportedly because she wasn’t quite as immersed in the equestrian style from such an early age. Both the Duke and Duchess are thrilled with their children’s dedication to the royal pastime, though, and surely Prince George, Princess Charlotte and Prince Louis will get lots of extra practice in over the next few weeks, as the Cambridges will be spending more time at Anmer Hall for Easter break. 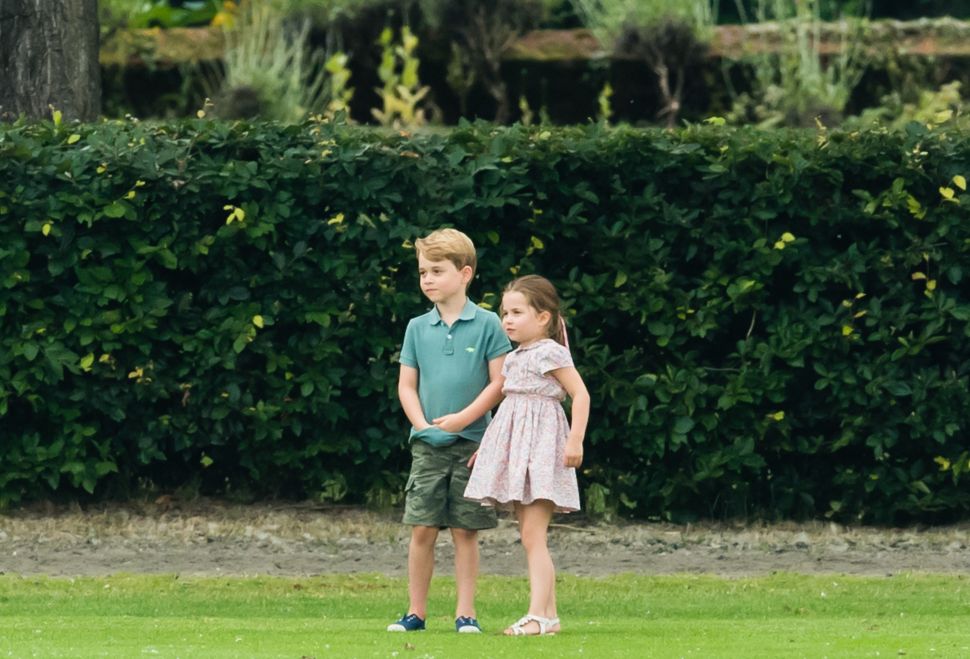