It’s been four days since Prince Harry and Meghan Markle’s bombshell interview with Oprah Winfrey aired, and now Prince William has made his first public comments on the Sussexes’ allegations. During a visit with Kate Middleton to a school reopening in Stratford, East London, Prince William denied his family is racist.

The Duke of Cambridge was asked by a reporter from Sky News if he could “just let me know, is the royal family racist, sir?” Prince William responded, “We are very much not a racist family,” in an exchange recorded by Daily Express royal reporter Richard Palmer.

Prince William was also asked if he has spoken to his brother since the interview; the Duke said, “I haven’t spoken to him yet, but I will do.”

Prince William’s response is the most a royal has publicly said about the interview; Buckingham Palace did release a (very brief) statement from Queen Elizabeth, which said, “The issues raised, particularly that of race, are concerning,” and “While some recollections may vary, they are taken very seriously and will be addressed by the family privately.”

During the interview, Meghan said there were conversations between Prince Harry and members of his family over how dark Archie’s skin would be when he was born; the Duke of Sussex later told Oprah that he would never share anything else about the conversation, and would not specify who made the remarks. Oprah did, however, later say that Prince Harry confirmed the people involved were not Queen Elizabeth or Prince Philip.

Prince Harry and Meghan both spoke out against the racism and emotional trauma they experienced over the past few years; the Duchess of Sussex bravely revealed that she experienced suicidal thoughts during her pregnancy, and felt she wasn’t given any help by the Palace after expressing concerns about her mental health.

For now, it seems the Cambridges and the Sussexes are giving each other space; Prince Harry told Oprah that right now, his relationship with his brother “is ‘space’ at the moment,” and added, “Time heals all things, hopefully.” 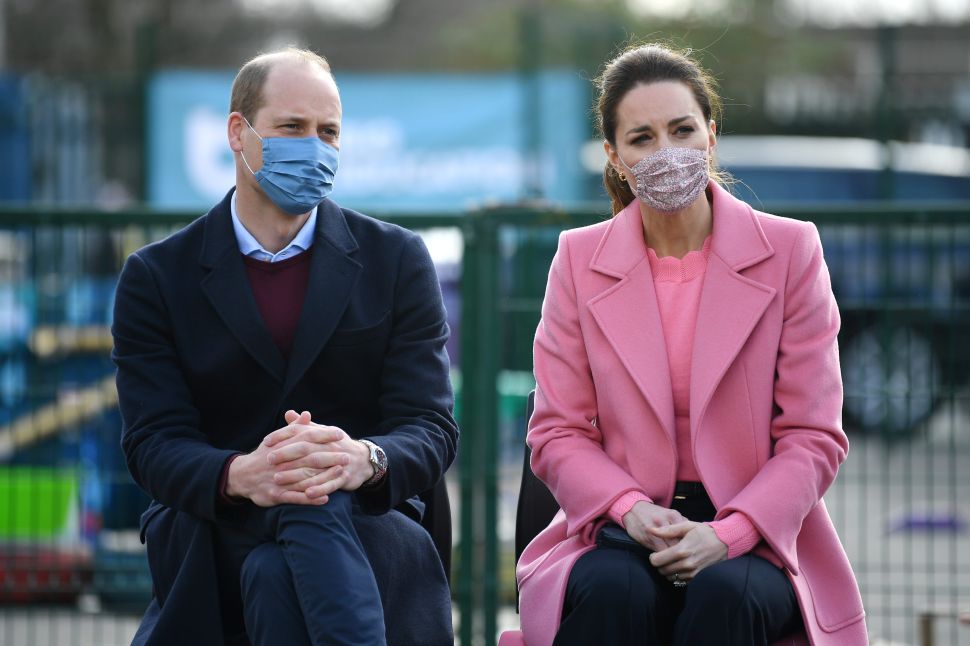