Rolls-Royce is going electric. But don’t expect another luxury EV like the Mercedes “supercomputer” car or the more practical Porsche Taycan. The British carmaker best known for its retro-looking, ultra-posh sedans has no interest in competing with the crowded passenger car market. Instead, it vies to make the world’s fastest electric plane whose underlying tech could one day redefine modern mobility.

Earlier this month, Rolls-Royce took its “Spirit of Innovation” plane, a small battery-powered propeller aircraft, to the runway for the very first time in a U.K. test site. The plane propelled itself forward using power from an advanced battery and propulsion system.

The taxiing is a critical test ahead of actual test flight. Rolls-Royce plans to take “Spirit of Innovation” to the sky for its maiden flight this spring. Its 400 kW electric powertrain, when combined with the battery system, can power the aircraft to more than 300 MPH. If successful, Rolls-Royce will set a new world speed record for electric flight. (Current speed record is 210 MPH, set by Siemens in 2017.)

It’s not all that surprising that Rolls-Royce is shaking things up in aviation. While the brand name has become synonym to luxury sedans, the company itself actually spun off its car division over 20 years ago. Its cars were subsequently made by Volkswagen and now BMW.

The Rolls-Royce in operation today is the world’s second largest manufacturer of aircraft engines. Its jet engines are used in a wide range of aircraft, including the world’s largest passenger plane, Airbus A380, and fighters like the Eurofighter, Typhoon and F-35. In an even lesser known line of business, Rolls-Royce also makes nuclear reactors for power plants and submarines.

Rolls-Royce announced the concept of an electric aircraft in 2019. And it’s looking beyond the direct consumer aspect of electrification. The company envisions the “Spirit of Innovation” as a technological blueprint for other future forms of transportation, including the bourgeoning urban air taxi sector.

The U.K. is committed to achieving net-zero carbon emissions by 2050. Rolls-Royce’s electric aircraft is part of a government-funded program called ACCEL, short for “Accelerating the Electrification of Flight.”

“Electrification of flight is an important part of our sustainability strategy as we aim for net zero carbon by 2050,” Rob Watson, Director of Rolls-Royce Electrical, said in a statement. “Taxiing of the ‘Spirit of Innovation’ is an incredible milestone for the ACCEL team as we progress to first flight and the world-record attempt later this year.” 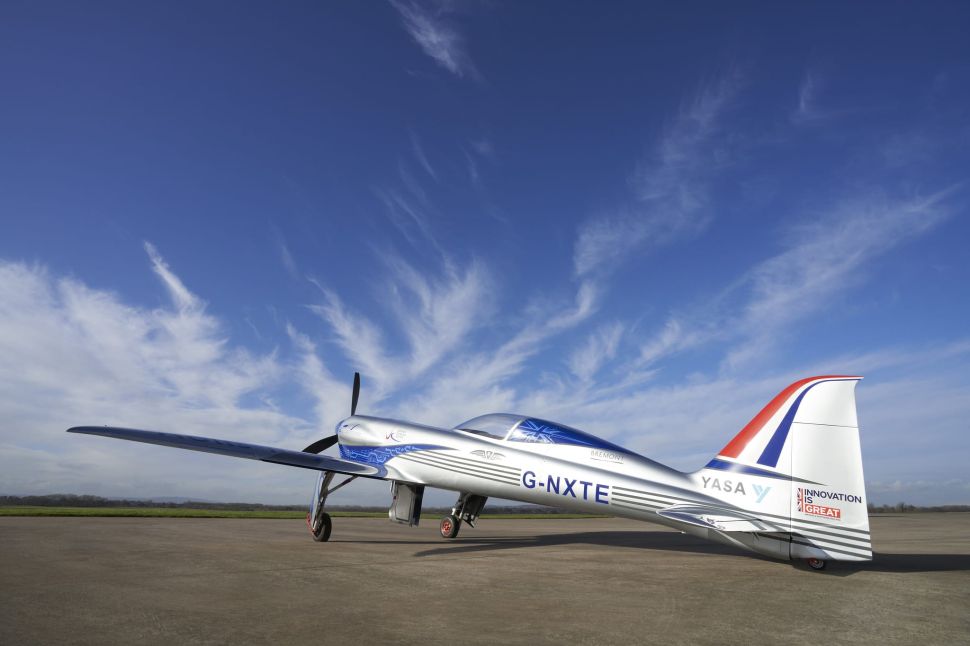