“Camp sees everything in quotation marks. It’s not a lamp, but a ‘lamp’; not a woman, but a ‘woman.’ To perceive Camp in objects and persons is to understand Being-as-Playing-a-Role,” says Susan Sontag in “Notes on Camp.” By that definition, with the specter of opera’s game-master PR element as omnipresent as her accompanist, Sonya Yoncheva was more “diva” than diva to both unsatisfying and unflattering effect on Saturday in her episode of the Metropolitan Opera’s highly-produced “Stars in Concert” series.

This observation can be partially credited to memories of Anna Netrebko’s more confident, if eclectic, take on songs of night and day in early February that still lingers fresh in the mind. But during an afternoon of some of opera’s most well-tread soprano arias, Yoncheva measured uncomfortably, if at all, against the yardstick set for her not just by Netrebko several weeks before, but more so by the Metropolitan Opera over the past seven years where she has progressively and haphazardly been built into a “star.”

That she can’t eclipse that arbitrary and elusive watermark is hardly a comment on her talent; she sings both earnestly and with a distinctive timbre that’s both beguilingly frosty and tremulously delicate, and the way she avers from self-indulgence in some of the repertoire’s most schmaltzy music is to be celebrated. But as the company has stewarded her into roles requiring more temperamental and vocal heft than she projects much comfort with (like Tosca and Élisabeth in Don Carlos and, in the future, Madama Butterfly), her natural strengths seem to have gotten lost in the campy flourish of red chiffon cape-dresses and finger-biting that marked her performance on Saturday.

The dissonance was at its most magnified up-front in arias from Aïda and Il trovatore in which her shimmering upper register bloomed into the acoustic of the Abbey’s fanciful library but grew paler the lower the music got. “Ritorna vincitor!” from Aïda failed to rouse despite a runway-style entrance from the shadows to the makeshift stage and the up-tempo ‘cabaletta’ finale of Leonora’s first aria from trovatore was put over with all the expressive capacities of an ambitious undergraduate recital. When these arias called for thrust, they got wavering declamation. When they called for character or variation, they got sameness or even timidity.

This was elsewhere most unsurprisingly apparent in the multiple final pleas of “non ti scordar di me” – “do not forget me” – that conclude “Se come voi piccina io fossi” from Puccini’s first opera, Le villi. However, “Un bel dì” from the same composer’s Madama Butterfly was the most thoughtfully sung and acted piece on the afternoon’s program, even if the climb to the aria’s high B-flat climax taxed the delicate refulgence of the rest of her upper reaches.

While Verdi and Puccini made up the bulk of the program, there were glimpses of the repertoire that has historically suited Yoncheva best and in which she could still prove exceptional. The final lament from Purcell’s Dido and Aeneas was both introspective and regal and the prototypical Handel lament, “Lascia ch’io pianga” from Rinaldo, might have been more stirring were it not for the curiously quick tempo the otherwise charismatic pianist Julien Quentin provided. The pair of Massenet arias that came towards the end of the program were affecting, Yoncheva’s gauzy sound caressing the cautious phrases of “Adieu notre petite table” from Manon and the vampy overtures of “Dis-moi que je suis belle” from Thäis.

The afternoon closed on first a confounding note – a hapless “Habanera” from Carmen – and then a sentimental one – a “Hymne à l’amour” that left the soprano teary-eyed. While it was supposed to be a crossover highlight, it only served to further disorient a listener eagerly looking for scraps of some self-determining artistry with which to listen to Yoncheva going forward. But as her schedule fills up with new roles while early music and lighter French soprano roles seem to be gradually phased out, the search seems increasingly more futile.

It’s an unflattering and unfair truth that the repercussions for thwarting the Met’s star-making algorithm ultimately reflect infinitely more on the singer than the institution. There is still time for Yoncheva to emerge from it unscathed or even bolstered. I hope the Met shows her the courtesy and the opportunities to do so. 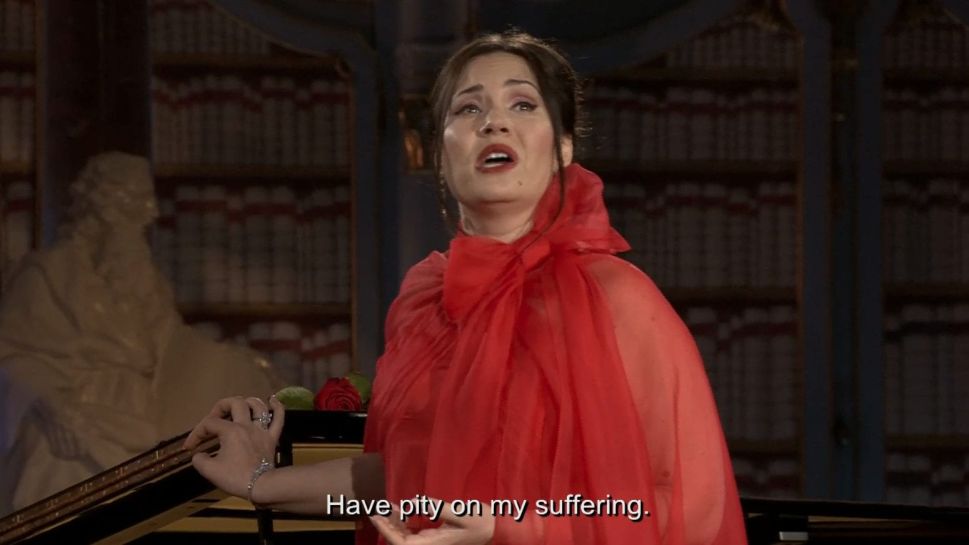