Last week, the International Space Station jettisoned a 2.9-ton pack of used batteries into space. Roughly equivalent to the size of an SUV, it was the largest piece of space trash ever dumped by the ISS. Now the U.S. Space Force is now seeking help to remove that massive garbage payload along with a growing array of other space junk.

The dead battery pack, called EP9 (short for “Exposed Pallet 9”), is expected fall back to Earth in two to four years and burn up “harmlessly in the atmosphere,” NASA officials said. But a lot could go wrong with a giant free-floating piece of metal during that time; it could pose danger to other spacecraft in orbit, block trajectories of satellites, or crash into another piece of space junk and create even more trash.

In an interview with the think tank Foreign Policy Research Institute (FPRI) Monday, Space Force’s Vice Chief of Space Operations, David Thompson, said it would make sense for the government to pay commercial partners to clean up space junk if such services existed.

Thompson said he doesn’t know of any company that offers such a service. A member in the audience suggested Astroscale, a Japan-based company with operations in Denver, Colorado which plans to launch a demo mission later this weekend. Thompson said he will “have to go Google that.”

EP9 is the result of a multi-year project to replace the ISS’s old nickel-hydrogen batteries with new lithium-ion ones. The old batteries were supposed to be packed into a disposable vehicle and then carried down to burn up in Earth’s atmosphere. But the project’s final mission carrying the vehicle failed to lift off in October 2018, leaving EP9 without a return ride.

Space junk is a burning concern among regulators and industry players. NASA estimates that there are some 21,000 pieces of space junk in orbit large enough to damage a satellite or spacecraft. The European Space Agency estimates that there are over 34,000 debris objects at least 4 inches wide floating in Earth’s orbit and 128 million pieces that are 1 millimeter or larger. 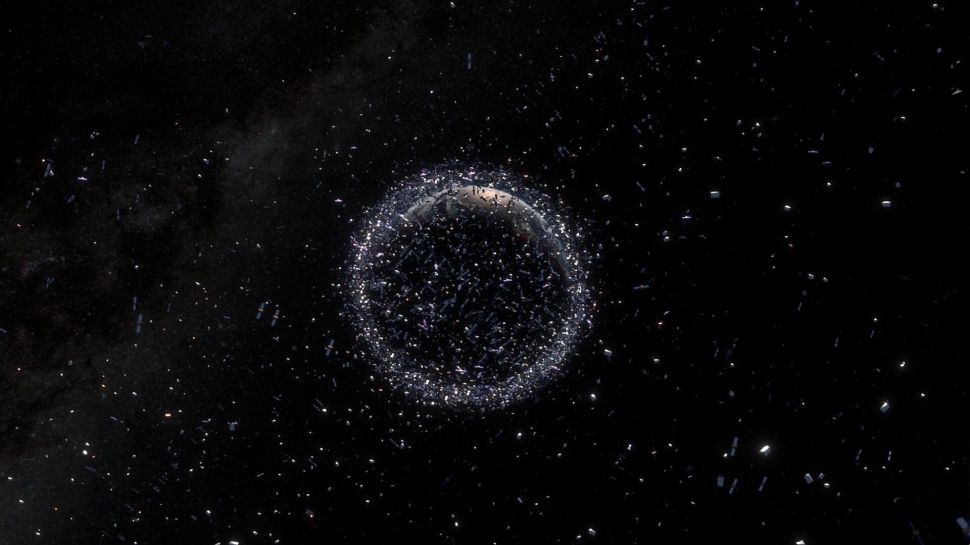