Early Sunday morning, SpaceX launched its latest batch of 60 Starlink satellites using a Falcon 9 rocket into orbit from Kennedy Space Center in Florida. After pushing the rocket’s second stage beyond Earth’s gravitational pull, the first stage successfully landed on the drone ship “Of Course I Still Love You” in the Atlantic Ocean.

The mission set a record for SpaceX’s reusable rockets. The Falcon 9 booster that lifted the satellites off the ground, numbered B1051, had flown eight missions before Sunday’s flight. The ninth-time flyer is expected to return to the launch pad again for a future mission, bringing it near the rocket’s usability limit before requiring refurbishment.

B1051 belongs to a family of Falcon 9 rockets known as “Block 5.” This fleet is designed to fly 10 times or more with minimal inspection between flights and up to 100 times with refurbishment. SpaceX has 14 “Block 5” Falcon 9 rockets in operation. Six of them have flown five times or more.

Since 2010, SpaceX has launched 114 missions using rockets from various Falcon 9 families, with 112 successes.

SpaceX began re-flying first-stage boosters with Falcon 9 v1.2, also known as Falcon 9 Full Thrust, in December 2015. This version of Falcon 9 flew 91 times, 41 of which using a recycled first-stage booster, until the Block 5 version entered operation in May 2018.

Black 5 Falcon 9 has become a workhorse launch vehicle for SpaceX’s regular missions, such as delivering payloads to the International Space Station, flying small satellites for private companies and foreign governments, and sending its own satellites into Earth’s orbit. Falcon 9 rockets from this batch have landed 53 out of 58 attempts for a success rate of 91 percent.

The most recent landing failure occurred on February 15 during a routine Starlink mission. After launching 60 satellites into Earth’s orbit, a Falcon 9’s first stage failed to land on a SpaceX drone ship during recovery and presumably fell into the Atlantic Ocean. The Falcon 9 used, numbered B1059, was flying its sixth mission.

Block 5 is the final iteration of the Falcon 9 booster. In parallel, SpaceX has a bigger rocket called Falcon Heavy, which is partially reusable with two refurbished first stages as side boosters.

SpaceX will not make new versions of either model. The company’s next-generation reusable launch vehicle will focus on larger missions such as transporting humans and payloads to the moon and Mars. SpaceX has been developing a heavy launch system called Starship for such missions. Starship’s latest prototype, SN10, successfully completed a high-altitude test light and nailed a soft landing earlier this month. Its successor, SN11, is being prepared for another test flight as soon as this month. CEO Elon Musk aims to achieve orbital flight with a Starship prototype before the end of 2021. 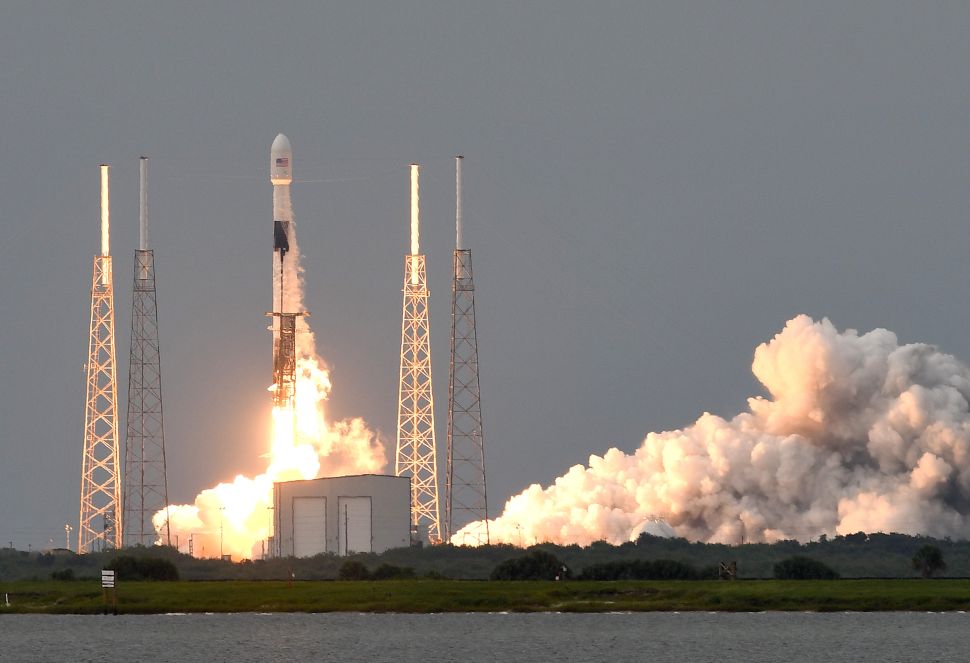