Japanese billionaire Yusaku Maezawa, the world’s first amateur astronaut who signed up to visit the moon aboard SpaceX’s future Starship spacecraft, is looking for eight people to join him for the voyage, all expenses paid. And you have only 10 days to submit an application.

“Eight people will be invited to the lunar trip scheduled for 2023. We will start accepting applications today! Let’s make a fun trip together,” Maezawa tweeted Tuesday afternoon.

Those interested have until March 14 to register on the dearMoon website. Initial screening will be conducted Later this month. If chosen for further consideration, you will be invited to a series of interviews and medical checkups. The selection process is expected to conclude before the end of June.

Apparently any person is eligible, since the website doesn’t have any information about qualifications other than a statement saying that Maezawa is looking for crew members “from across the world.”

Maezawa, 45, is the founder of Japan’s online fashion giant Zozotown. He’s frequently ranked among the 20 richest persons in Japan. In 2019, he sold half of Zozotown to SoftBank for $900 million to pay off debt elsewhere and fund his other ventures.

An avid art collector, Maezawa in early 2020 ran a short-lived campaign to look for an artist to be his “life partner” on the lunar trip. After an unsuccessful search, he pulled out citing “mixed feelings.”

Now, he’s looking for eight. Maezawa’s previous crew search was limited to artists. But this time around, he’s opening up the contest to everyone. “I began to think, every single person who is doing something creative with their lives, aren’t they all artists?” Maezawa said in a promo video. “In that sense, I wanted my invitation to reach out to a broader community and give more people from around the globe the chance to join this journey. If you see yourself as an artist, then you are an artist.”

Maezawa signed up to be SpaceX’s first moon passenger in September 2018. He’s expected to fly in a Starship spacecraft atop a yet-to-be-built Big Falcon Rocket (BFR) booster. SpaceX CEO Elon Musk said the total cost of the trip was “not a trivial amount” and that Maezawa had put down a hefty deposit. 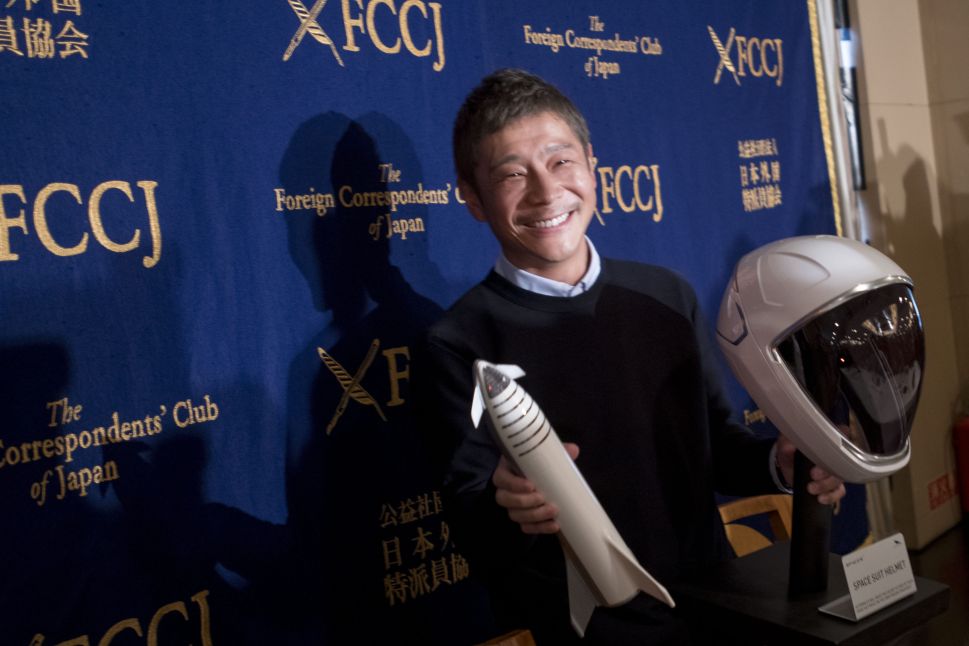