SpaceX hasn’t launched any Starlink satellites since it lost a Falcon 9 booster during the last mission in mid-February. Until then, the space company was launching batches of 60 Starlink satellites at a rate of two to three missions every month. The recovery failure disrupted the scheduling of upcoming Starlink launches, putting SpaceX’s ambitious plan to expand the satellite internet project in jeopardy.

SpaceX had attempted to launch the next Starlink mission in February. But the mission was delayed due to unfavorable weather and hardware issues. On Sunday night, a second attempt at liftoff was automatically aborted at the last minute at NASA’s Kennedy Space Center in Cape Canaveral, Florida.

Auto-abort at T-1:24 ahead of tonight's Falcon 9 launch of Starlink; next launch opportunity is tomorrow, March 1 at 8:15 p.m. EST

SpaceX didn’t specify reasons for the abort. The next launch window will be Tuesday night at 7:53 p.m. Eastern time. You can watch the event live on SpaceX’s website.

Due to poor weather conditions in the recovery area and to allow additional time for pre-launch checks, now targeting Tuesday, March 2 at 7:53 p.m. EST for launch of Starlink from LC-39A

“Overall, the vehicle and payload are healthy and remain in good health,” SpaceX production supervisor Andy Tran said during the live stream on Sunday.

Tuesday’s launch will deliver the 20th batch of 60 Starlink satellites, bringing the size of Starlink’s LEO constellation to 1,141. The satellite-based internet service is currently in beta testing in the U.S., Canada and the U.K. SpaceX CEO has promised to increase network speed from 100 Mbps to 300Mbps by the end of this year, which will require the deployment of about 2,000 more satellites.

The Falcon 9 booster to fly Tuesday night has completed seven missions in the past. If successful, it will be the third Falcon 9 rocket to fly eight times. The current block of Falcon 9 rockets are designed to fly up to ten missions with minimal repair.

During a NASA press conference on Monday, SpaceX’s senior director for human spaceflight Benji Reed said landing failure in the previous Starlink mission was caused by a premature engine shutdown during flight after hot gas breached a worn-out cover. The Falcon 9 booster used in that mission was making its sixth flight, but some components, including engine covers, had flown more often and reached their maximum life. 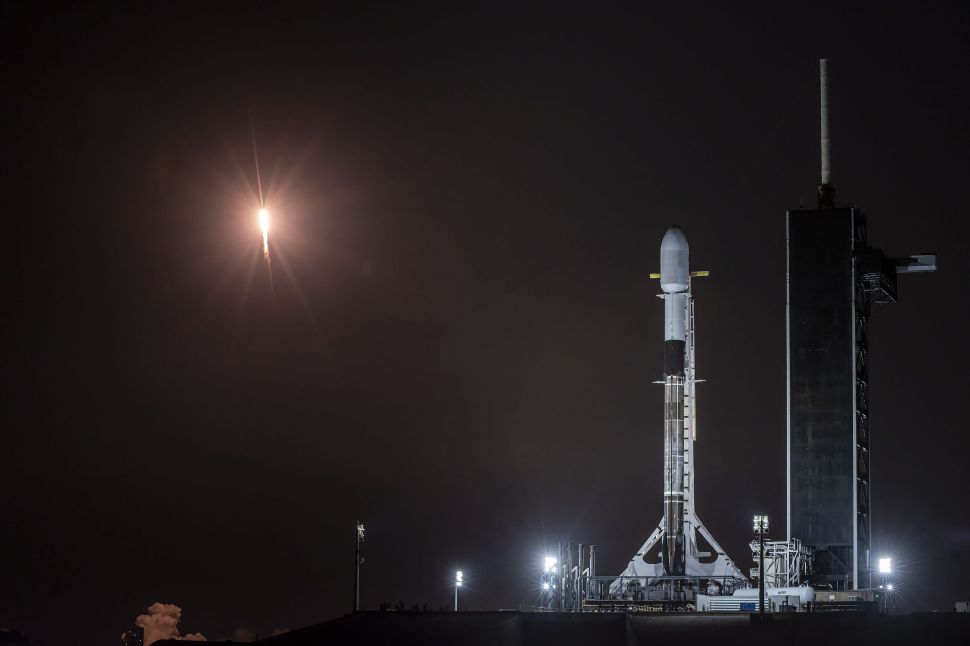