More than a year into the COVID-19 pandemic, the end is in sight—assuming the rollout of the seemingly miraculous vaccinations can beat the mutating variants. The federal government has bought hundreds of millions of vials of the three major vaccinations, theoretically covering the United States this time around, but the larger market for pre-emptive pharmaceutical treatment is as inefficient as ever.

“The pandemic has illustrated both political and market failures in vaccine development,” says Professor Lisa Ouellette, an intellectual property and innovation law expert at Stanford Law School. “Current COVID-19 vaccine prices are rewarding developers with only a fraction of their social value.”

That mismatch leads pharmaceutical companies to under prioritize investment in vaccines relative to other, more lucrative medicines, which ultimately costs lives.

The gaps in incentives for vaccine production begin at the research and development stage. Part of the benefit of vaccine research is that it serves as a kind of insurance, a precaution in the case that an epidemic does happen. But “private firms generally aren’t compensated for R&D spending related to risks that don’t emerge,” says Ouellette.

So, pharmaceutical companies wait and see. They hold off on critical research until ascertaining that a disease has emerged and is likely to cause enough harm to provide a return on research investments. “We have a system in which waiting for demand to increase pays off, as opposed to conducting R&D that may be useful to prepare for, or respond to, the onset of disease,” says Professor Ana Santos Rutschman, a health law expert at St. Louis University. By that point, health crises have expanded and lives have been lost.

See Also: Comparing the Cost of the Different COVID-19 Vaccines

Those same incentives mean that pharmaceutical companies all but halt vaccine research during non-pandemic times. “R&D related to SARS-1 decreased considerably in the aftermath of the 2009 pandemic,” says Rutschman. But that same research could mean scientists produce a vaccine much earlier in a future pandemic. “Because one of the fastest ways to create a new vaccine is to adapt it from a pre-existing vaccine against a pathogen in the same family,” says Rutschman, we may have had a significant head start in producing the COVID vaccine had research not dropped off immediately after the 2009 outbreak began to wane.

Today, Pfizer and Moderna are promising to attack big-ticket diseases like cancer with the science used in the COVID-19 vaccine, which was largely funded with federal dollars. But elsewhere, the problem of misaligned incentives remains, continuing into the manufacturing stage.

Vaccines are so beneficial because they prevent infection in not only those who take them, but in those around them as well. But “rewards for biomedical innovations generally don’t account for benefits or costs beyond the specific patient,” Ouellette comments, making compensation “too low for products with broader social benefits like vaccines.”

There is also a profit incentive to produce treatments – drugs that, when taken daily, will ease the symptoms of a disease – rather than vaccines that require only one or a few doses. However, the societal benefit of preventing a disease is much higher than that of a palliative cure.

These reduced rewards incentivize cost-cutting in the production of vaccines, often making rollouts slower and less efficient than they could be.

For one, the manufacturing capacity for vaccines is well below the levels necessary in an epidemic or pandemic. This is because it is often expensive to maintain those plants between health crises. After the emergence of COVID-19, it took months to build up the ability to produce more vaccines, in part because pharmaceutical companies waited for vaccine candidates to get closer to the end of the approval process before doing so.

“If we had started building manufacturing capacity for all of the candidates earlier than we did, shortages would not be as much of a problem as they are now,” Ouellette says.

When gaps in the market like this one arise, the government might step in to align public interest and private market incentives.  But in this instance, funding has not been enough. In one case, the government spent billions of dollars on the development of cell-based vaccine manufacturing technologies. Those technologies “are both better and more expensive,” Rutschman says. But because of their higher cost, few pharmaceutical companies have adopted them – they make up ten percent of influenza vaccines.

“Some private-sector pharma companies have adopted these techniques — but only very recently,” Rutschman confirms.

And that’s only when politicians do allocate funding to vaccine production; “governments don’t invest enough in pandemic preparedness for the same kind of reasons that they don’t invest enough in infrastructure maintenance or natural disaster readiness,” says Ouellette. “Payoffs from these investments are often longer than electoral cycles, and voters don’t pay much attention to disasters that were successfully averted.”

This isn’t a newly recognized problem. “Commentators have been writing about this for years,” says Rutschman. Experts warned that the world was unprepared for a pandemic in terms of research and manufacturing capacity. “Unfortunately, that is still true,” says Ouellette.

Yet, there are solutions to these problems in the vaccine market, including the realigning of private sector rewards with social value of investments. “The public sector needs to be willing either to cover more costs upfront or to provide much larger rewards for the investments that end up succeeding,” Ouellette says.

Concerns about the price of vaccines stymie conversations about increasing incentives for pharmaceutical companies, “but that’s the wrong focus” according to Ouellette. “Governments can cover out-of-pocket costs for patients while still rewarding developers.”

While COVID may have revealed the flaws in vaccine market incentives, and experts have advocated many paths forward to solving those flaws, “the fear factor tends to go away surprisingly quickly after large epidemics and pandemics,” according to Rutschman. That may be our biggest obstacle in preparing for the next health crisis. 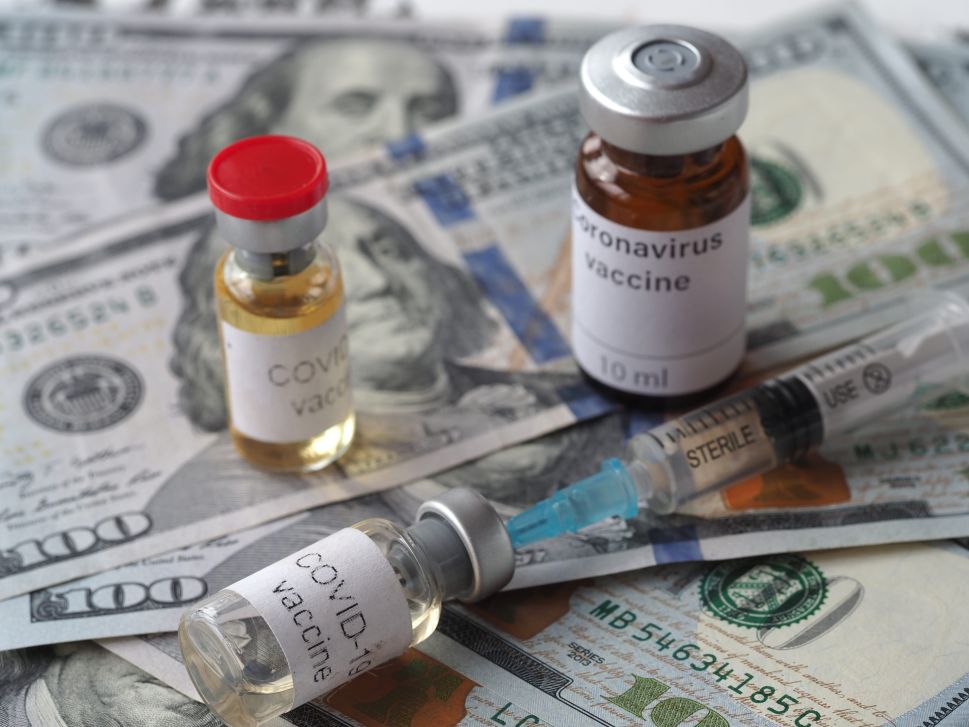