Last week, Superman fans got a double dose of the Last Son of Krypton, alternately exciting and confusing audiences about the on-screen future of the character. First, Tyler Hoechlin and Bitsie Tulloch reprised their roles as the small screen Clark Kent and Lois Lane, first introduced in The CW’s Arrowverse, for their own spinoff Superman and Lois. Despite skepticism from yours truly, the premiere was surprisingly charming without trodding overly familiar ground. Just a few days layer, Shadow and Act exclusively reported that J.J. Abrams was producing a Superman reboot for Warner Bros. with acclaimed writer Ta-Nehisi Coates penning the screenplay. Both major developments come on the heels of Henry Cavill’s big screen run as the Man of Steel, which will continue with Zack Snyder’s Justice League hitting HBO Max on March 18 and extend into new projects if Cavill gets his wish.

With so many Superman plates spinning (flying?) in the air at once, it’s fair to wonder how it all fits together.

Love them or hate them, the major Superman movies of this century—Superman Returns, Man of Steel, Batman v Superman: Dawn of Justice and Justice League—failed to live up to expectations both critically and commercially. Against a mammoth $270 million budget in 2006 (!), Superman Returns only earned $391 million worldwide while failing to properly modernize the character. A valiant attempt to do something different resulted in a stodgy and slow-moving would-be epic too beholden to the past. Man of Steel ($668 million worldwide gross) and Batman v Superman ($873 million) both featured more crowd-pleasing action than Superman Returns, but neither hit their $1 billion box office ceilings as expected by WB. Both also proved polarizing to fans and critics alike with grim-dark characterizations that didn’t so much deconstruct the superhero mythos as rearrange it. The less said about the unintentionally hilarious theatrical version of Justice League, which lost WB up to $100 million, the better.

There were disparate strands of valuable DNA in some of these features that represented high-upside potential and new ways forward for the character. Superman Returns refreshingly cared more about telling a Clark Kent story than a Superman tale; Snyder’s films were beautifully shot cinematic paintings of stunning action and choreography. But none of them fully coalesced into sturdy concepts capable of supporting the type of franchise Warner Bros. hoped to launch. You could even make the case there hasn’t be a sure fire no doubt about it big screen Superman hit since 1980’s Superman II.

Abrams and Coates’ reboot will reportedly revolve around a Black Superman, potentially Val-Zod of Earth-Two first introduced in the pages of the comics in 2014, though that remains unconfirmed. Coates is an acclaimed author, essayist, journalist and writer with bestselling books (The Beautiful Struggle, We Were Eight Years in Power, Between The World And Me) and popular Marvel Comics runs (Black Panther, Captain America) under his belt. Tapping a respected authority on race, identity and politics to bring a thematically fresh perspective to a property that has struggled against the weight of expectations for decades is a strong pathway to reinvention. This is exactly the type of left turn that can reinvigorate the Superman property.

But these reports also came as a disappointment to some fans who wish to see Cavill continue in the role (his future as Superman is unclear at this time) after a mostly well-received multi-picture portrayal of our most recognizable hero. By investing upwards of $70 million into the Snyder Cut for HBO Max, it’s clear that WarnerMedia cares about appeasing its core comics fanbase, particularly if it helps drive attention to the company’s top priority: streaming. While HBO Max is growing incrementally, and will continue to benefit from WB’s 2021 film slate, the streamer isn’t growing as fast as Wall Street would like. So why not build on the Snyder Cut momentum with another fan-pleasing move that doesn’t disrupt WB’s reboot plans?

Develop an HBO Max miniseries for Cavill’s version of Superman that takes place after Justice League but connects with 2022’s The Flash, which will introduce Sasha Calle as Supergirl. The Flash will serve as a final goodbye for Ben Affleck’s Batman and a Superman-centric HBO Max series could serve a similar purpose for Cavill that allows fans to bid adieu with a sense of completion. The series could build to Cavill’s Kal-El passing the torch to Supergirl within the DC Extended Universe. Or, if WarnerMedia is truly embracing the multiverse, it could set up a crossover between Superman and Supergirl in a future project.

At the same time, Abrams and Coates’ reboot could be set within the same universe as Matt Reeves and Robert Pattinson’s upcoming The Batman, which does not take place in the same continuity as the DCEU. Or, the reboot could be a completely standalone affair if WB is trying to strike out into new canon ground on the big screen. Either way, it presents them with flexible options that can build into lucrative future crossovers thanks to the multiverse. Fluidity is key in today’s vertically integrated multimedia programming chess board.

Yes, with The CW’s Superman and Lois, a potential Val-Zod Superman film and a Cavill return, the studio absolutely runs the risk of over-saturating an already iffy IP. They’re currently doing the same with Batman as Affleck, Pattinson and Michael Keaton’s Caped Crusaders will all be running around movieplexes in 2022. But that property has long been more bankable than Supes. It’s unknown if the big blue boy scout can support so many live-action projects at once.

But WarnerMedia has made its bet-hedging strategy clear with the Snyder Cut, particularly following the controversy surrounding Joss Whedon. The studio wants to both recuperate goodwill with its most die-hard fans while also expanding its DC demographic to new audiences. Providing Cavill with at least one more turn in the suit via HBO Max while also reinventing the big screen character for a modern world will drive interest across both theatrical and streaming. Most importantly, it gives WarnerMedia an open-ended future with its most famous superhero. 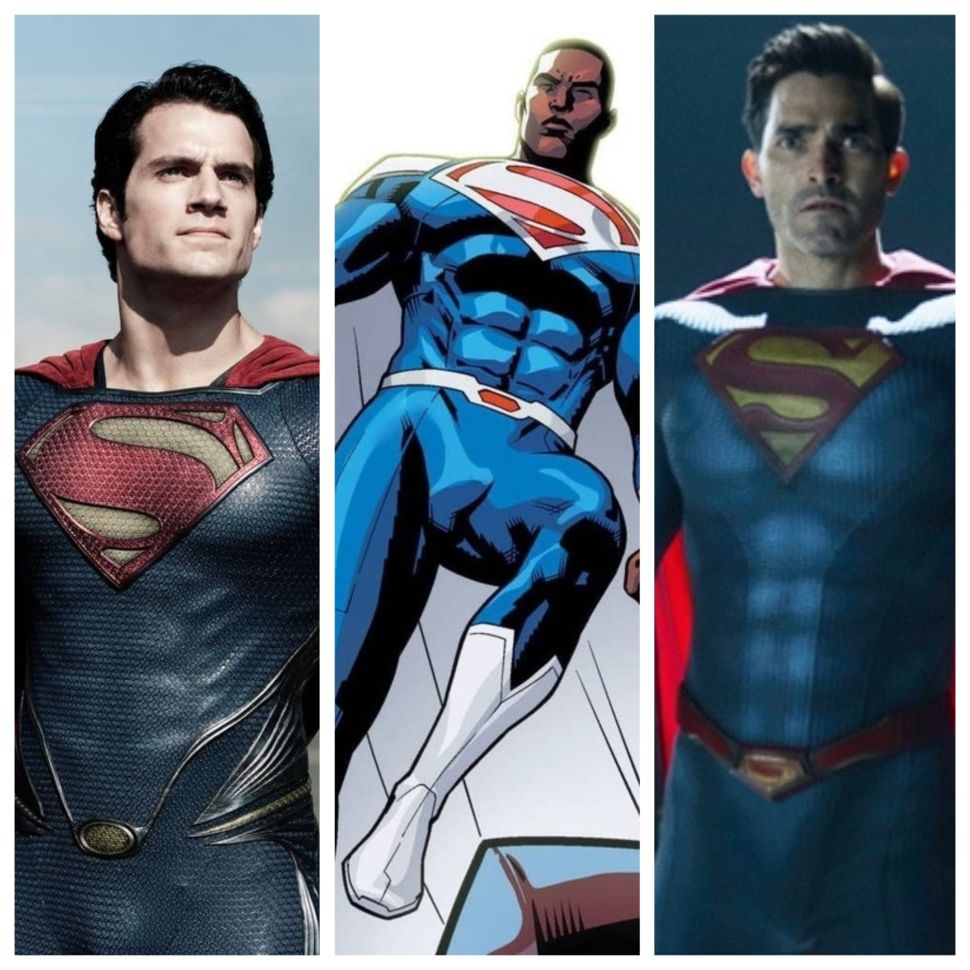