Over the past four weeks, Tesla shares have quietly tumbled 25 percent from the company’s February high. And, strangely, hardly anyone has noticed. It’s not just Tesla’s stock that has been struggling, as major indexes and most tech stocks have taken a downturn of late due to rising interest rates. Still, Tesla shares closed at $620 Thursday, representing a 27 percent below its market price this time last month.

The stock hit a record high of nearly $880 in January, the electric carmaker boasted a market value of $800 billion, about half of Amazon, despite delivering only half a million vehicles a year. Bullish analysts pin Tesla’s sky-high valuation to the vast potential of its software business and in-house battery development, which is years away from commercialization.

In the meantime, Tesla’s core business, which is selling cars, faces growing competition from traditional auto giants, like General Motors and Volkswagen, and sees signs of slowing sales in key markets.

In China, Tesla’s largest overseas market, a crop of homegrown companies—most notably Nio, Li Motors and Xpeng, all three of which are listed in the U.S.)—are challenging Tesla’s dominance in the country’s booming EV market. Price competitiveness, better customer service and government incentives are among the top reasons consumers choose local brands over Tesla.

Last year, Tesla ordered several rounds of price cuts on its popular Model 3 sedans in China. In Japan, Tesla had to slash the price of the Model 3 by as much as 24 percent recently in a desperate move to boost demand.

Alarming sales outlook, coupled with Tesla’s bubbly stock price, is driving away high-profile investors, including those who were once big fans.

On Thursday, longtime Tesla bull Ron Baron revealed that his fund, Baron Capital, had dumped 1.7 million Tesla shares in the past six months. Baron predicted last December that Tesla shares could reach $2,000 (It was trading at below $600). His firm owns 6.3 million shares of the EV maker after the latest sell-off.

In a now-deleted tweet Wednesday, Burry revealed that he owns a stake in Porsche SE, the largest shareholder of Volkswagen, which owns Porsche AG, the sports car brand, and 10 other auto brands. “I don’t own a Porsche, but I own the Porsche that owns VW that owns Porsche,” he tweeted.

Volkswagen is investing heavily in electrifying its entire fleet. The company’s CEO Herbert Diess is reportedly considering spinning off Porsche, the group’s flagship EV brand, as a separate public company as soon as next year.

“Investors…underestimate the size, scale, brands, staying power, and resources of Volkswagen,” Burry said in a tweet on Wednesday.

Investors, partly due to the #ESGFog underestimate the size, scale, brands, staying power, and resources of Volkswagen.

Burry has a short position in Tesla. He warned back in January that Tesla stock could collapse soon after rallying over 600 percent in 2020. “My last Big Short got bigger and bigger and BIGGER too…Enjoy it while it lasts,” Burry said in a pair of tweets, which are now deleted. 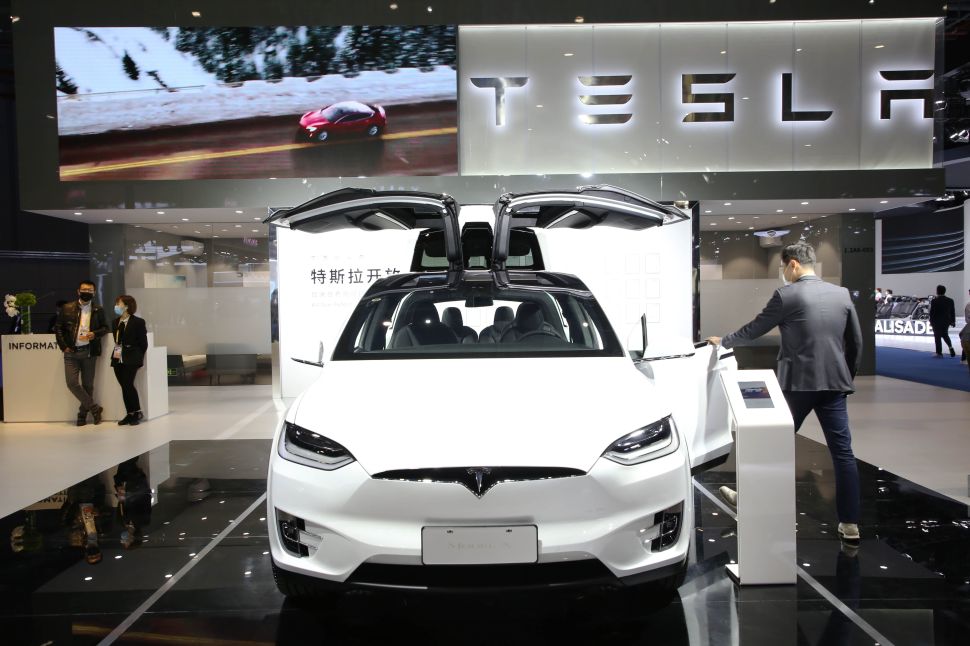