Thaddea Graham, star of Netflix’s new supernatural show The Irregulars, didn’t grow up planning to be an actress, but she’s found her way to the screen through hard work and a genuine love of the craft. The actress was adopted from an orphanage in Changsha, China, as a baby by Northern Irish parents. Growing up around the world, in County Down, Graham didn’t even know it was possible to go to drama school.

“I applied for normal universities, because where I’m from everyone goes into teaching or being a doctor,” Graham remembers. “My mom said, ‘You’re not going to be happy in that very academic situation. Have you thought about drama school?’ I was like, ‘OK, Mom, that’s not a real thing. It happens in movies and books.’ I didn’t know how hard it was to get in at that point and that was a benefit. Because if I did know I would have overthought it and gotten ahead of myself. I just looked at it like, ‘This is really fun.’”

Graham ended up at ArtsEd in London, where she realized acting was her calling. She points to one particular drama teacher who reminded the students that acting isn’t just about portraying fiction or pretending to be someone else.

“He really showed us how we have a duty of care and responsibility to tell these stories as honestly and as truthfully as possible,” she says. “You don’t know who’s watching. It might be fiction to you, but it’s someone’s life. That opened my eyes and I realized, ‘I want to do this. I want to tell stories. I want to do it truthfully and I want to connect with people.’”

Since drama school Graham has taken on a wide variety of roles, from Netflix’s medieval adventure series The Letter for the King to BBC miniseries Us, where she played a street musician. Graham was cast in The Irregulars, an eight-episode series from creator Tom Bidwell about a gang of street teens who are manipulated into solving crimes for Doctor Watson and his mysterious business partner Sherlock Holmes, in the summer of 2019 after two auditions. She was excited by the scripts, which offer a different take on the Sherlock Holmes tales, but Graham admits that it’s unusual to be offered a role in Victorian London as a non-white actress.

“That’s one of the things Johnny Allan, our lead director, felt very strongly about,” Graham says. “He grew up in London and the London he knows is so diverse, so he really wanted to present that onscreen. When I first read the show my agent was really, really excited about it and said, ‘We want to get you in the room for this show.’ And I had no idea what it was, so I said, ‘Okay.’ And then she sent me the script and I saw it was Victorian London and I was like, ‘Have you forgotten what I look like? Have you sent the right script?’ But it never felt like that was a problem. None of the characters had any kind of physical description. It’s more about their qualities, rather than what they look like.”

She adds, “That was something Sarah Crowe, our casting director, was very aware of — just bringing whoever felt right for the role into the room and giving everyone a chance. And that’s how it should be.”

The Irregulars began shooting in Liverpool and the surrounding areas towards the end of 2019. They were two weeks away from wrap when the pandemic hit. Everyone was sent home for two weeks — which turned into six months. The production was one of the first to resume in the U.K. under the new COVID-19 protocols last August, over a year after Graham was first cast.

“Everyone was a bit anxious about it, but everyone was so careful and so safe,” she says. “One of the benefits was that we had spent almost a year together already, so trying to navigate a set with face masks where you can’t really connect was a lot easier.”

Graham found production to be challenging, but she and the cast were enlivened by Bidwell’s writing and his strong vision for the characters, which he has been developing for nearly a decade. The actress was interested in the balance of light-hearted banter with tense moments of horror with scenes of warmth and heart. It’s the sort of fantastical show that still manages to feel grounded in the way real people relate to each other. The characters are diverse, inherently strong and connected.

“I really loved that Bea’s driving force is her little sister, her relationship with Jessie,” Graham says of her character. “Having that really strong female relationship where it’s nothing to do with romance is great. It’s love, but it’s a different kind of love, and I think that is really at the forefront of it. I loved seeing that and being able to work on that with Darci [Shaw], who plays Jessie. I’ve seen a couple of shows that have two strong female leads who are sisters, like in Wynonna Earp, and I really love that.”

She adds of Bea, “It’s never ‘Oh, she’s really strong for a girl.’ These characters just are strong. And they’re strong because they’ve had to be and because of what life has thrown at them. And together, as a unit. It’s not just one person does everything — everyone has their own little element that adds to the group and they bounce off each other and work as a team.”

Graham has started her next project — which she’s not allowed to disclose yet — but she’s also hopeful there might be a second season of The Irregulars after these eight episodes premiere.

“I think that world has so many stories to tell,” she notes. “The journey Tom took us on with our characters, from episode one to episode eight, is incredible and I want to see what happens next. But if it’s only destined to be one season then that’s okay too. I have a lot of pride in what we, as a team, have managed to achieve.”

And no matter how successful she gets in her acting career, Graham always keeps her roots in County Down. She’s living proof that achieving the dream of becoming an actress is possible, no matter who you or where you come from.

“It always felt like a million miles away from me and my reality, so I never thought I’d be part of it,” she says. “And I’m so fortunate to be part of it. But I also want to break down that stigma of ‘Here’s all of us normal people and here’s the industry on this pedestal.’ I want to tell people, ‘You know what, if you want to do it you can. There are ways in. It’s not as far away as you think.’”

The Irregulars is streaming on Netflix. 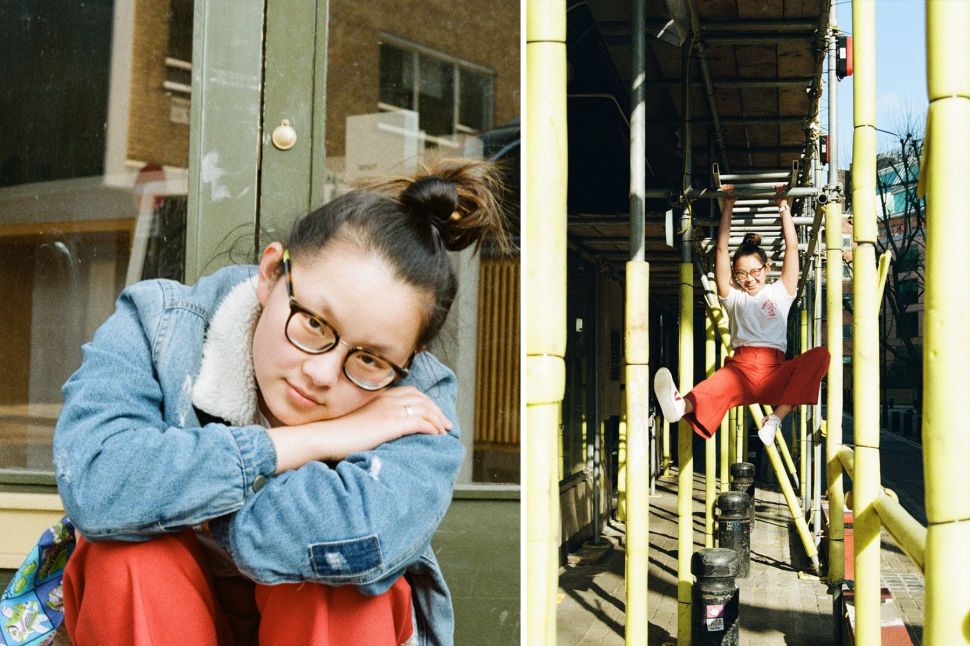