It’s been an interesting couple of years for the legacy of painter Vincent Van Gogh. Last July, researcher Wouter van der Veen published evidence that he had discovered the exact location that the artist painted in his final artwork, and last November, further research emerged stating that Van Gogh likely had underlying bipolar and borderline personality disorders. Recently, however, his estate has earned a win: on Thursday, Sotheby’s Paris sold Van Gogh’s rare painting Street Scene in Montmartre, which depicts the Pepper Mill windmill and surrounding citizens, for $15.4 million.

The sale is particularly exciting due to the fact that Street Scene in Montmartre was one of the only paintings by Van Gogh in the world that was still privately owned. According to Sotheby’s, the painting had been one family’s collection for over 100 years. “The last few weeks have been a great adventure for the art market in France, which has not seen a van Gogh of this calibre for a very long time,” Claudia Mercier and Fabien Mirabaud said in a joint statement in the aftermath of the sale.

Whenever Van Gogh’s work shows up at auction, high prices and excitement are all but guaranteed. Earlier in March, Christie’s London offered La Mousmé, a Van Gogh sketch on paper that depicts a solemn-looking girl. Although Christie’s London predicted that the drawing would sell for between $7,000,000 and $10,000,000, the sketch eventually ended up being bought for $10.4 million. Street Scene in Montmartre is a much more detailed and fully-realized work, so it makes sense that it garnered millions more than the drawing, but the high price of La Mousmé is a testament to just how much people are willing to shell out in order to possess something by one of the most iconic artists in the world. 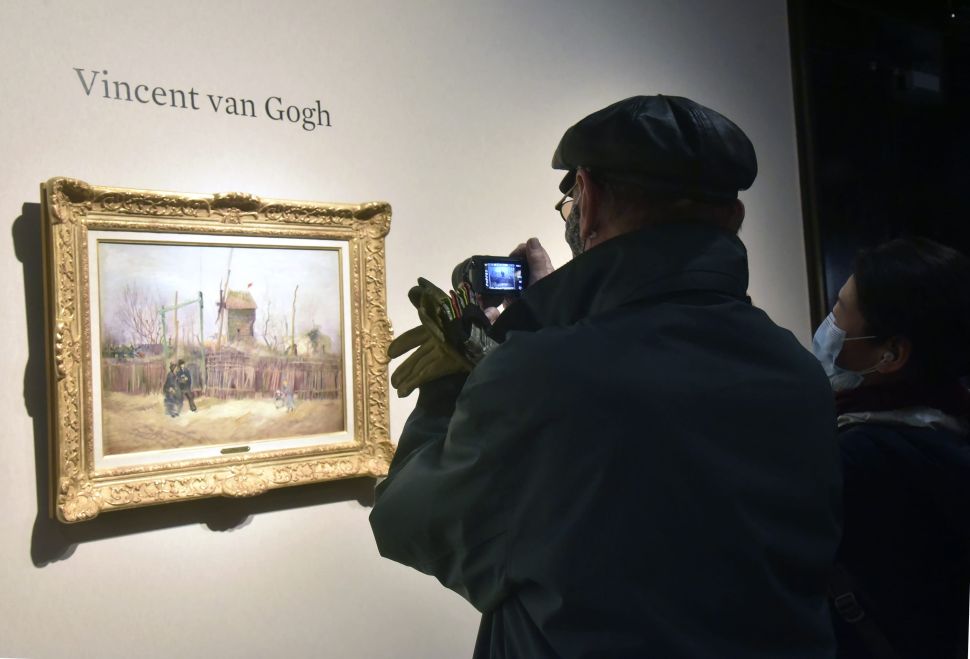