After nine episodes, Marvel’s WandaVision finally bid adieu in a swell of emotions and a hail of narrative question marks. As the Marvel Cinematic Universe is built upon the foundation of sequential storytelling, it’s only natural for fans to turn their attention forward to future endeavors within the franchise. But before we begin to reverse engineer Doctor Strange in the Multiverse of Madness‘s every plot point, let us first look backward and inward at what made WandaVision special in the first place.

Robert Downey Jr.’s original Iron Man revolved around the idea of a man reckoning with the consequences he had unleashed upon the world and taking accountability for his actions. Captain America: The Winter Soldier was made in the vein of 1970s political thrillers that revealed corruption in the very systemic institutions in which we placed our faith. Ant-Man is a heist film about personal redemption, and Doctor Strange is about letting go of our own idea of personal destiny. Sure, they’re all still mainstream blockbusters designed to sell as many tickets and toys as possible, but they’re also built on thematically human foundations.

WandaVision showrunner Jac Schaeffer dared go where no previous MCU feature had gone before: deep into the impact of grief, trauma and mental health. Wanda Maximoff (Elizabeth Olsen) has recently lost the love of her life (Paul Bettany) and returned from five years of oblivion following Thanos’ snap. That’s a lot for one person to process, superpowers or not. In covering such territory, the series may have delivered Marvel’s most potent emotional story.

“Grief is a universal human condition that has been fodder for literature, theater, music and other artforms throughout history,” Sarah Harte, licensed independent clinical social worker and director at The Dorm, a treatment community for young adults, told Observer.

Though it sounds overly self-important, representation in entertainment can help to shape perception and dictate behavior. In that way, WandaVision is providing a platform with which we can acknowledge and discuss complex and difficult-to-process emotions. As we watch our protagonist sift through the sea of her own pain, we are subconsciously told that it is okay to be affected by loss.

WandaVision is unafraid to show its hero at their lowest, adrift in a crisis of self not wholly unlike Tony Stark’s panic attacks in Iron Man 3. The takeaway is that there’s nothing inherently wrong with being sad or angry or confused and alone when the world takes from us in ways we don’t understand.

“When young adults see the artistic representation of grief and loss, it helps normalize the experience and lets them know that they are not alone. Pop culture can also help provide language and modeling for ways to talk about and manage these feelings,” Harte said. “Perhaps most importantly, pop culture has the opportunity to fight the stigma that many people feel when it comes to talking about their struggles, feelings and mental health challenges.”

WandaVision reminds audiences that there is no “one size fits all” for any emotional experience, including grief. Support and understanding come from all manner of sources and the timeline of recovery is different for everyone. That Marvel Studios, a multi-billion corporation designed to appeal to as many people as possible, could spark these kinds of conversation in mainstream franchise entertainment is a surprise, but a welcome one. In the end, WandaVision‘s greatest strength was its honesty. Everybody hurts, and that’s perfectly okay. 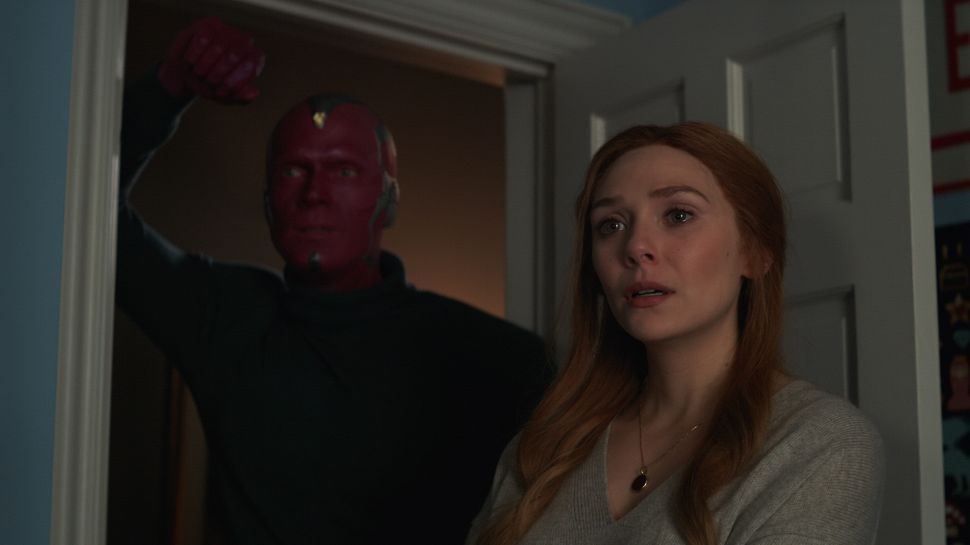