Marvel’s buzzy Disney+ show WandaVision revolves around a magical being who traps an entire New Jersey town in a physical illusion and a sentient robot who becomes her husband. So we’re well aware that the series is an elaborate fiction rooted in impossibility. But the serious conversations the show has generated—from discussions about grief and mental health to tales of immigration and assimilation—prove that it has left a significant cultural footprint, particularly after a dizzying finale. The strongest examples of fiction use impossibility to reveal truths about the real world and elicit discussion.

One of the major talking points in the wake of WandaVision‘s conclusion is the controversial absolution the show appears to offer its central character in the finale. Within the Marvel Cinematic Universe, Wanda (Elizabeth Olsen) now has a streaky track record of both heroics and villainy. WandaVision—in which she traps the citizens of Westview, New Jersey in a bordered alternate reality of her own making—seemingly pushes her toward the latter.

Observer spoke with a United States government employee with a special focus on defense to learn how the country might realistically respond to such a situation.

On the public perception of Wanda:

“She’s a two-time, bona-fide war criminal at this point, maybe three depending on how you view the psychological (I’d argue borderline chemical) warfare and the lasting impacts of what she did to the Avengers in Avengers: Age of Ultron. I can sort of see how the events in Lagos [Captain America: Civil War] can be excused as it occurred abroad, did not include U.S. citizens, and it’s unclear but it appears as if at that point the Avengers may have been operating on behalf of the government, or at the very least with the government’s silent consent. So I can see how that would receive a blind eye or be largely swept under the rug in American conversation.

“But when she literally enslaves thousands of Americans, on American soil, for her own selfish purposes, she’s crossed that line of no return, regardless of why she did it… That’s black and white bad guy behavior and when that news gets out, good luck ever garnering American support for Wanda anytime in the near future. She essentially went and proved the government right in that they need an action arm to combat superheroes to protect everyday civilians. She threw out whatever legitimate discourse surrounding the ‘anti’ side of the Sokovia Accords.”

On S.W.O.R.D.’s military response and readiness:

“It may have been laughable when Director Hayward sent the drone into the Hex, but think about it realistically. It’s not far off from what a responsible action really looks like. Wanda has thousands of hostages. Every attempt to negotiate has failed; she has no demands. Attempts to send in tactical teams have failed; she’s turning agents into clowns and beekeepers. You can’t just let her enslave a town indefinitely and you have good reason to think if you kill her then everyone is freed safely. So you get an armed drone overhead and you see a window to conduct a kinetic strike on a target in low collateral damage terrain to save Americans and that’s your only viable option? We take that strike every day of the week, and twice on Sundays.”

“As far as recreating Vision, it’s like they discussed in the original Avengers—we are hilariously outmatched and outgunned against these new enemies. Wanda is now the poster child for proof of concept that the Avengers can be real enemies of the U.S. government and there’s nothing their conventional arsenal can do about it. Of course, they would have to step up their game. Every weapon breeds a countermeasure, every countermeasure requires a new capability. That’s how it works. At the end of the day, the rule of government boils down to having a monopoly of violence in your territory. Wanda threatened that monopoly so she’s gotta go.”

On the real-world consequences of a WandaVision situation:

“Fallout would be immediate and widespread. Both political parties would be hammering superheroes for cheap, easy political points after this. The narrative would completely switch and they’d lose all the goodwill they garnered from defeating Thanos. There’d be more congressional hearings, funding would be allocated to reduce the threat from superheroes, the military would start training how to take them down based on what we know of their vulnerabilities (lol, good luck). Basically, the big giant slow wheels of government action would get boosted into full overdrive.”

“We’ve gone to war over less in the past. I’d imagine it would be open season on superheroes after something like WandaVision.” 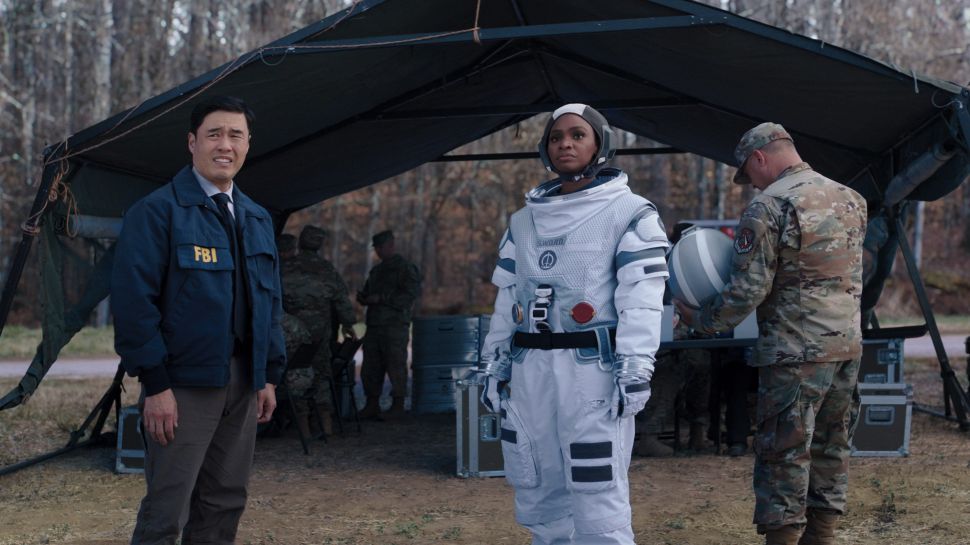