All four engines of the SLS were fired up to full thrust at around 4:30 p.m. Eastern Time (3:30 p.m. at Stennis) for nearly ten minutes. You can rewatch the event on NASA TV or NASA’s YouTube channel.

It was NASA’s second attempt at a hot fire test of SLS. The first test in January prematurely shut down due to a technical glitch.

During Thursday’s test, engineers powered up all of SLS’s core stage systems, loaded more than 700,000 gallons of cryogenic propellant into the tanks, and fired the rocket’s four RS-25 engines at the same time, generating 1.6 million pounds of thrust, just like during an actual launch.

The hot fire is the eighth and final test of a complex series of tests known as “Green Run” to ensure SLS’s core stage is ready for liftoff. Its first uncrewed mission to the Moon, Artemis 1, is expected to fly in late 2021.

NASA needed at least four minutes of data from the hot fire. The test lasted over eight minutes, which should provide enough data for analysis purpose. Whether the rocket is ready to fly depends on what engineers find from the test data.

NASA announced the Artemis Program in 2017 under the Trump administration with plans to return humans to the Moon by 2024 through a series of Artemis missions. Since Joe Biden took office, NASA has had a new administrator and budget changes. The new leadership team has provided an updated timeline on crewed flights to the Moon. 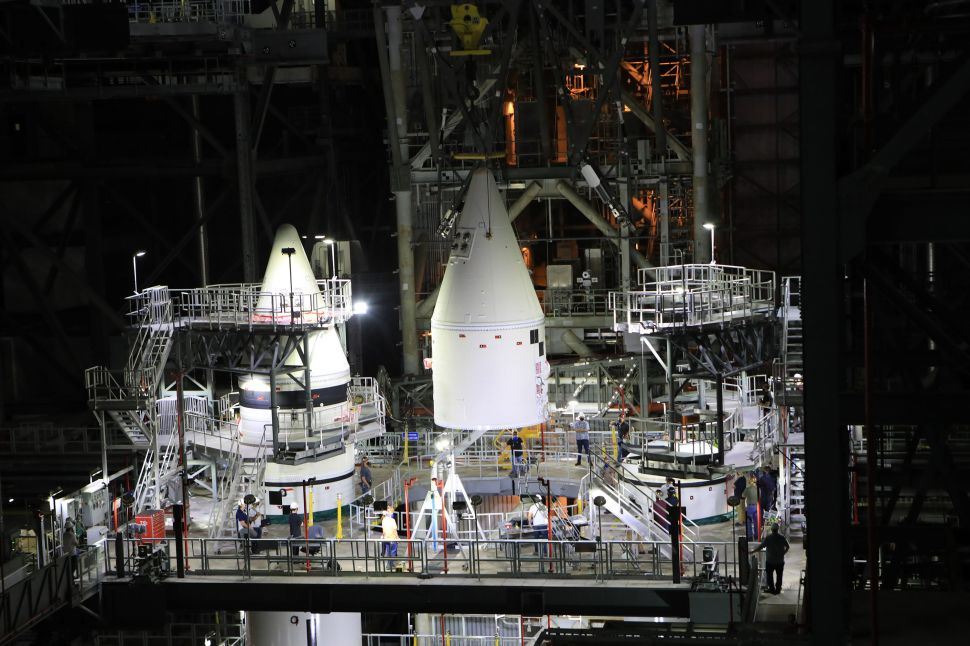