The United Kingdom has been in the spotlight recently, and not exactly for the most flattering reasons. On Sunday Evening, Oprah’s blockbuster interview with Meghan Markle and Prince Harry bore extremely spoiled fruit with the revelation that the royal family voiced concerns about Markle’s baby’s skin tone, sparking ongoing conversations about the nation’s racist and colonialist legacy. Deeply embroiled in this legacy is Winston Churchill, Britain’s wartime Prime Minister, who’s been dead for decades but who has, in recent years, also had his legacy re-examined by a younger generation of thinkers. Despite Churchill’s contradictions, items belonging to the iconic orator have recently fetched high prices at auction.

On Tuesday afternoon, for the first time in over 20 years, a pair of velvet slippers belonging to Churchill went on the auction block in West Sussex and eventually sold for almost £40,000. The slippers, which were offered by the auction house Bellmans, date back to the 1950s, are 29cm long and feature Churchill’s initials embroidered with gold thread. Additionally, Churchill’s brandy glass fetched £18,300, smashing expectations for the piece; it had been anticipated to sell for around £10,000.

In February, it was announced that none other than Angelina Jolie would be selling Tower of the Koutoubia Mosque,  a painting Churchill completed after the conclusion of the Casablanca Conference in January of 1943, via Christie’s Auction House in London. The painting was expected to sell for between $2.1 million and $3.4 million, and it eventually was purchased for an astonishing sum of $11.6 million. It’s perhaps the case that Jolie’s affiliation with the painting had a significant effect on the eventual purchase price, but the fact remains that there clearly continues to be a very lucrative market for items affiliated with Churchill.

Two years ago, a tweet calling Churchill a white supremacist mass murderer went extremely viral, prompting the tweet’s author to appear on TV with Piers Morgan, whom he hilariously called out as looking like “honey-glazed gammon.” Given that Morgan has lately been rightfully lambasted for his astonishingly vile commentary on the life and actions of Meghan Markle, it feels like both Churchill and the present-day TV host are more than overdue for full-blown cancellation. 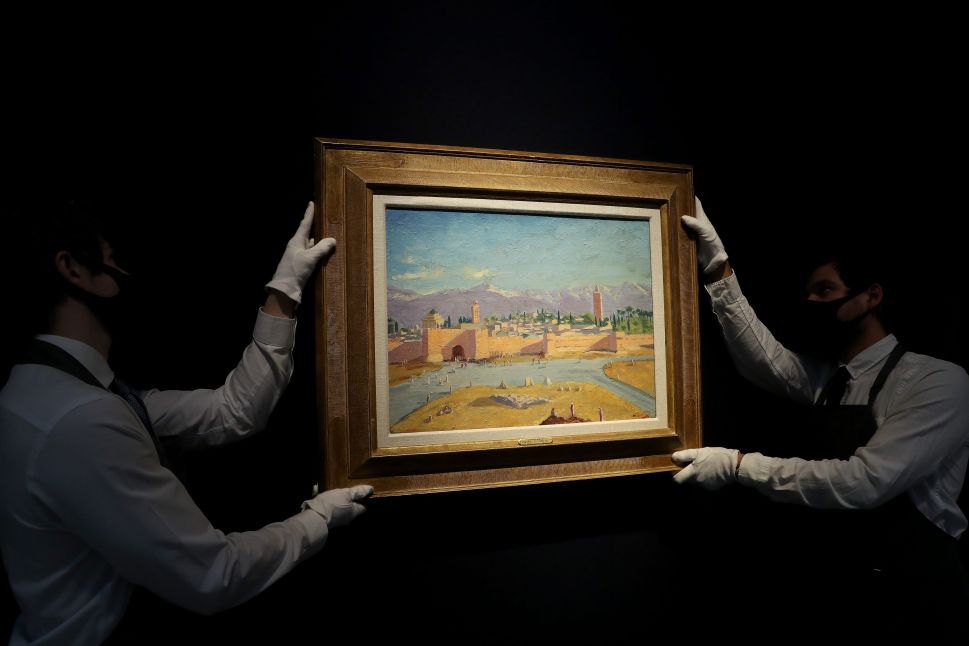